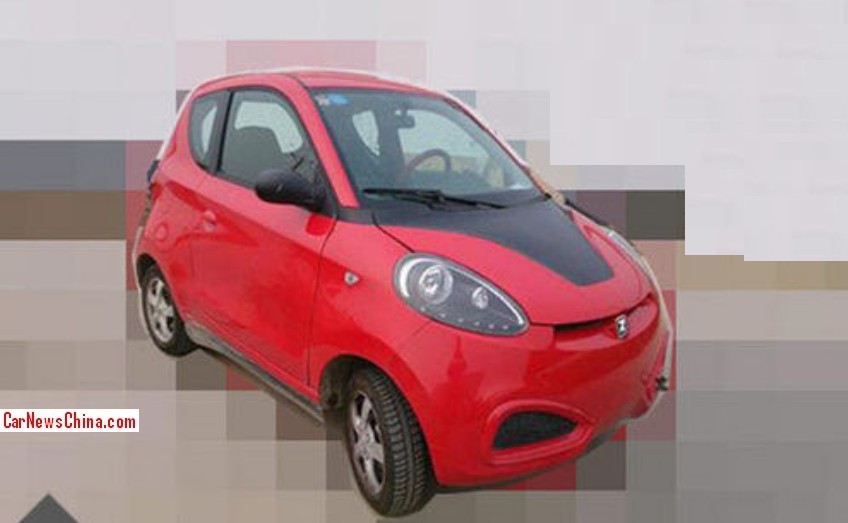 The first spy shots of the new Zotye EV mini car, designed for short distance drives in the city. The yet nameless electric car will debut on the Beijing Auto Show in April and will be launched on the China car market later this year. The new EV comes with only two doors and two seats, but there is a tiny bench in the back which can seat very small children or a dog. 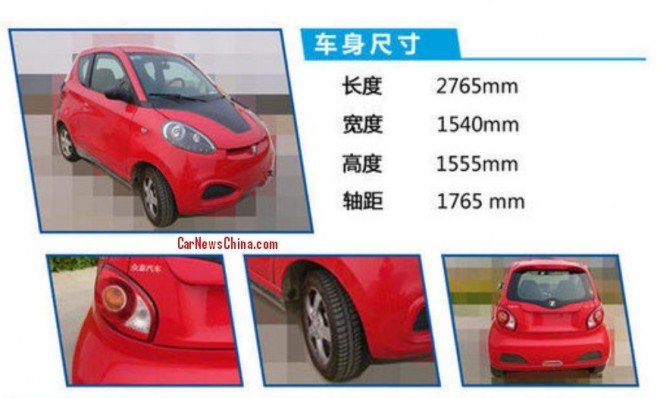 Size: 2765/1540/1555, wheelbase is 1765. Power comes from a tiny electric motor with an output of 12hp. Range is 250 kilometer. No numbers on speed but it won’t be very fast. Price will start around 100.000 yuan but subsidies by central and local governments can bring that down to about 40.000 yuan. Small electric city cars are becoming more popular in China as an answer to the endless traffic jams and rising petrol prices. Many more Chinese automakers are expected to launch similar vehicles in the near future.