More photos of the Lamborghini Aventador crash in China 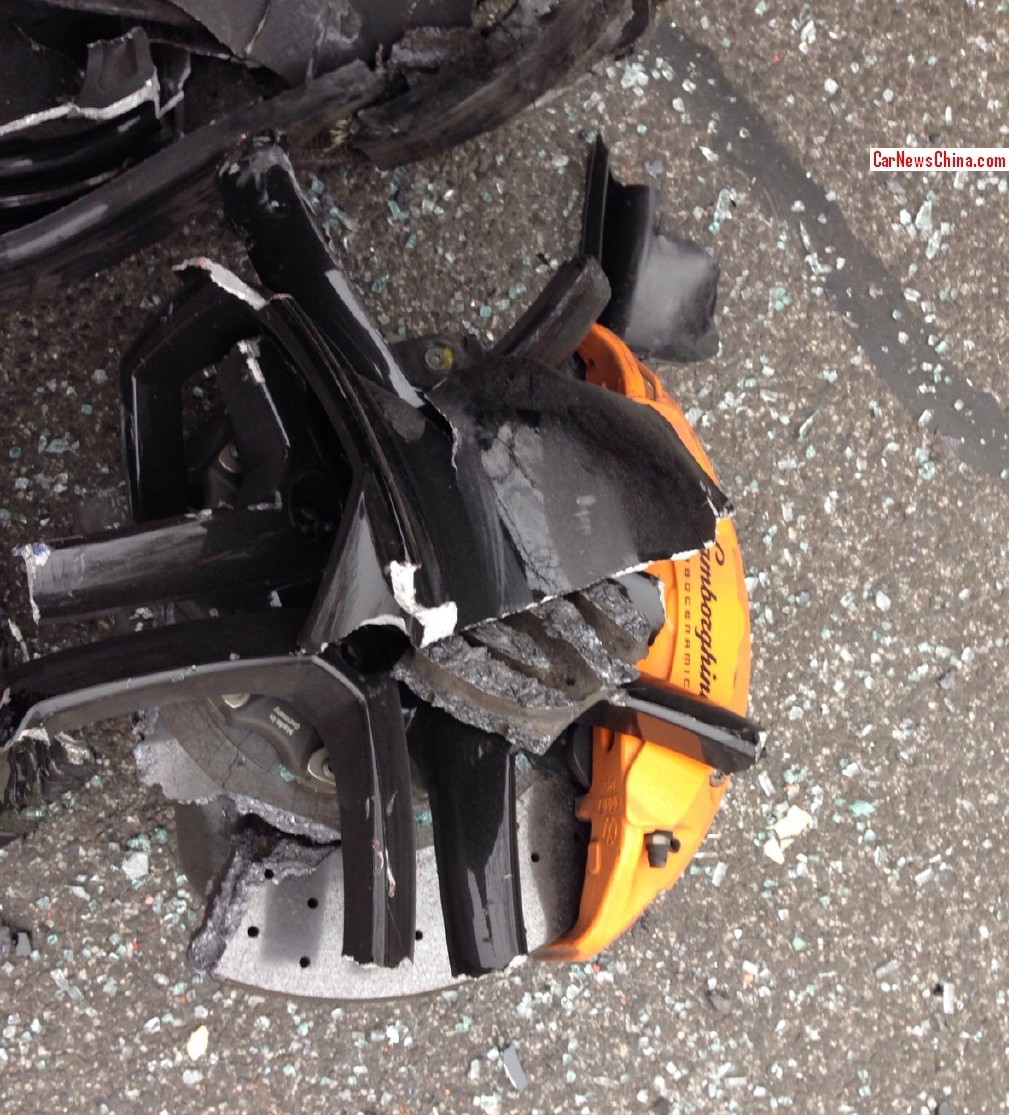 New photos of the spectacular crash in China involving a Lamborghini Aventador and a local bus that happened in the great city of Hefei in Anhui Province on February 1 at 14:00 exactly. The new photos show the enormous damage done to the super car during the crash. The first photo shows what is left of the right-front wheel, the alloy was ripped apart but the brake survived. 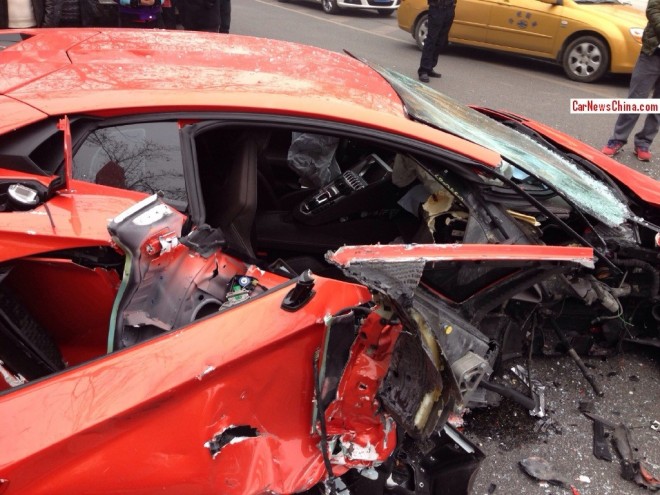 The Lamborghini seems totaled to the max but new reports in Chinese media indicate it will be repaired anyway at an estimated costs of five million yuan ($820.000). We don’t really understand why the owner wants to pay that much for repairing this wreck as a brand new Aventador goes for 7.38 million, which isn’t that much more. 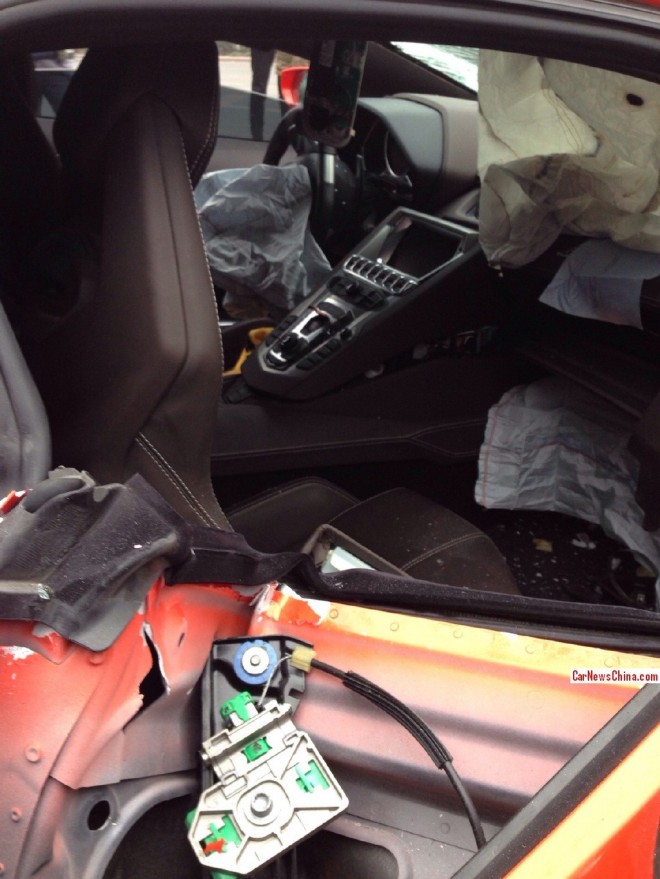 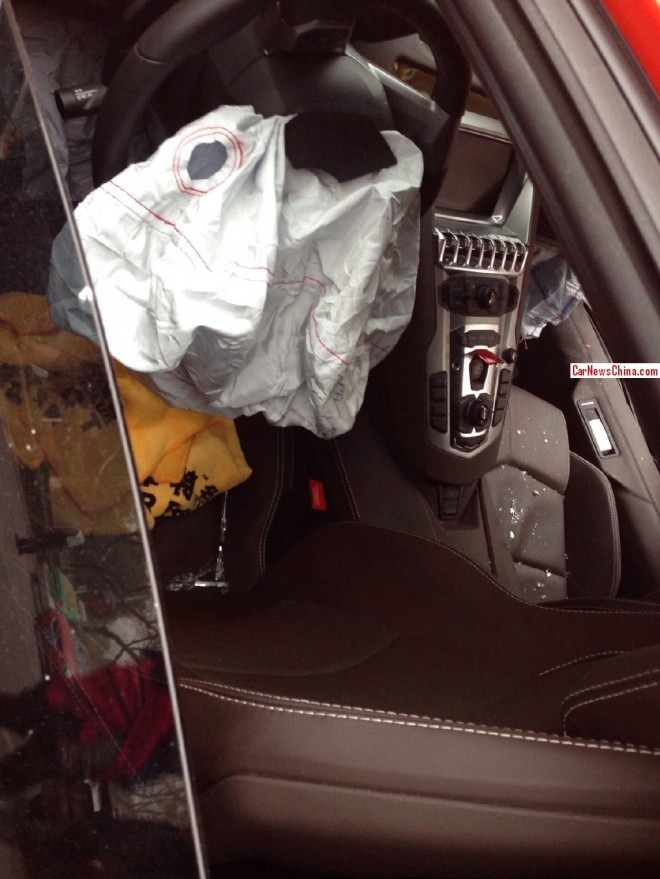 The driver  got out without any injuries, which is truly a miracle. 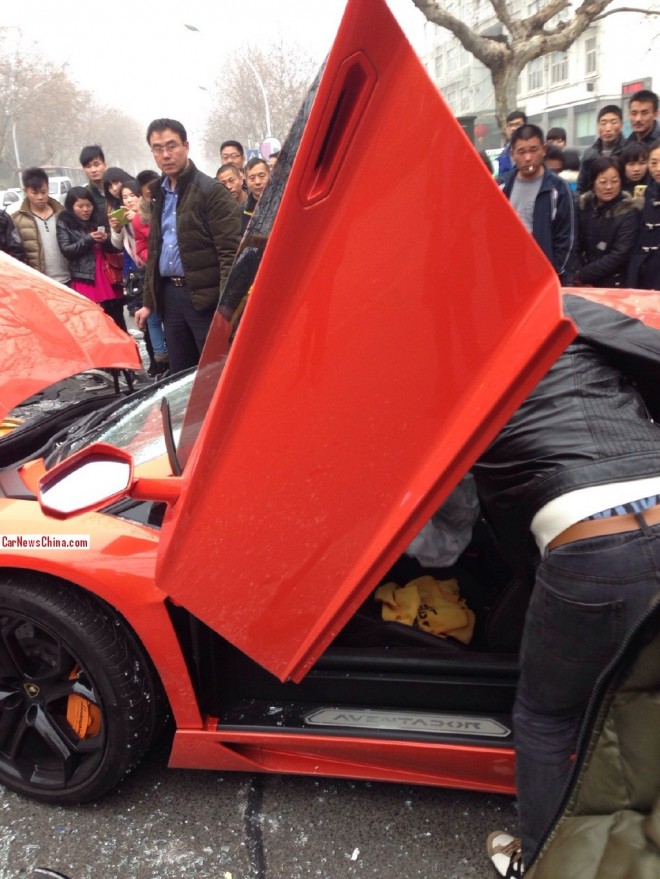 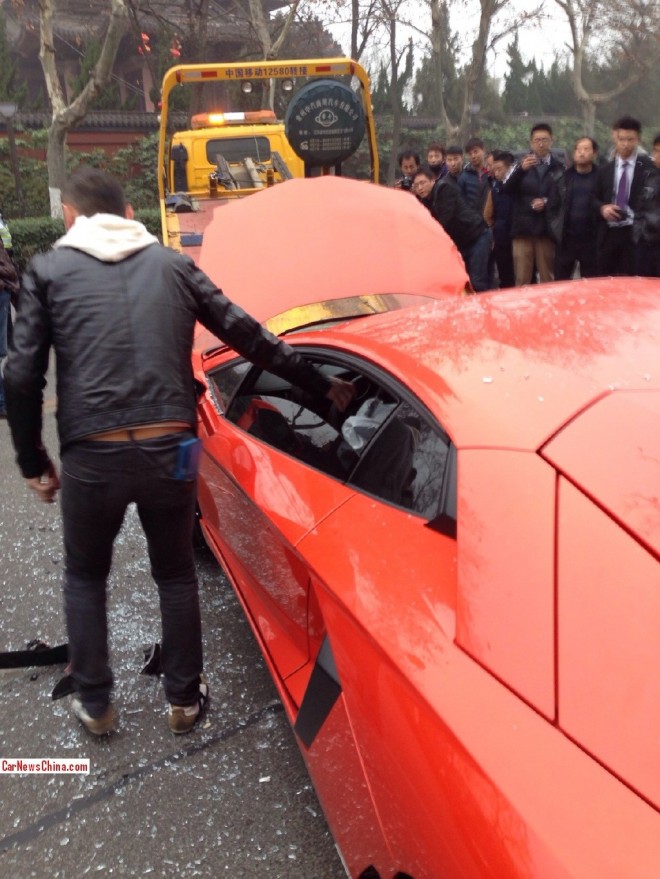 Man is too-tight jeans has something to do with the vehicle, with some Chinese comments saying he is the actual owner, while others say he is a friend of the driver, who might or might not be the owner. We don’t know. Maybe he works for the local Lamborghini shop. This kind of crashes always comes with shiploads of misty rumors in China, mostly including ‘those damn rich people’ scheming around and creepy government conspiracies. 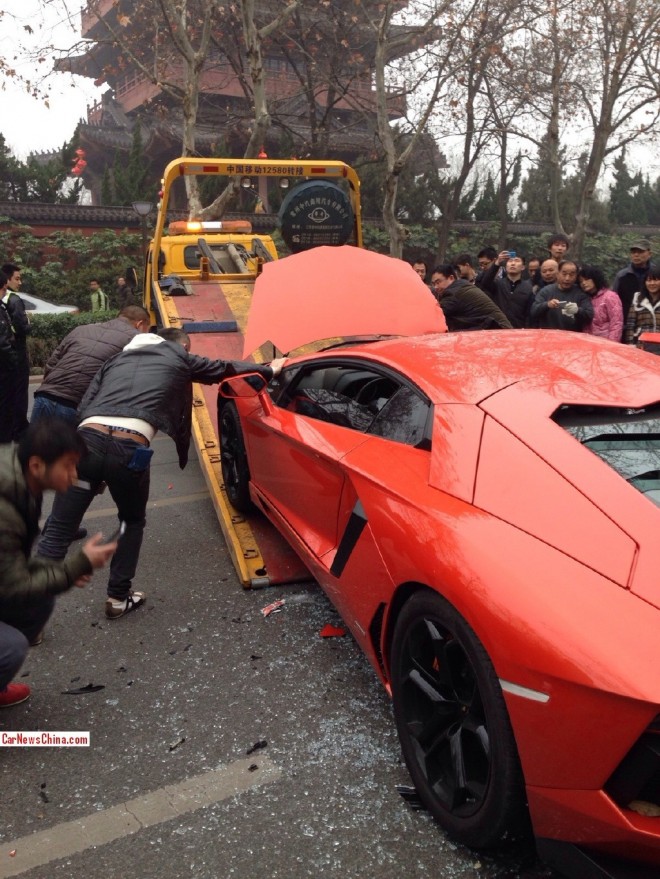 The left side of the vehicle seems all right. The building in the background is part of the Memorial Temple of Lord Bao, originally built in 1488 and one of the most famous tourist attractions in Hefei. 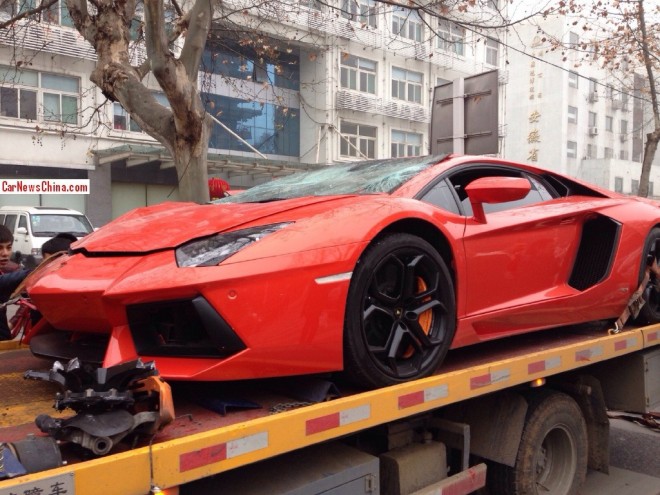 On its way to the repair shop. 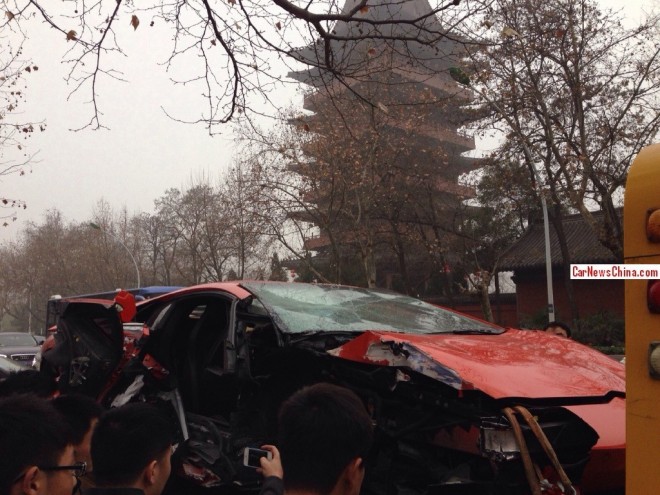