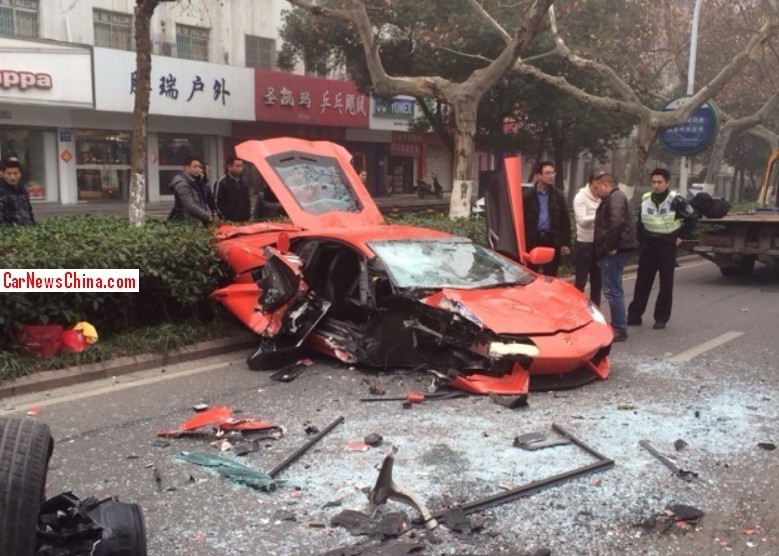 A very hard Nasty super car crash in China. A bright orange Lamborghini Aventador crashed into a local bus in the great city of Hefei in Anhui Province. The Lamborghini hit the bus almost head-on. The driver was extremely fortunate and got out of the vehicle without a single injury, and, even more fortunate, there wasn’t any passenger inside. 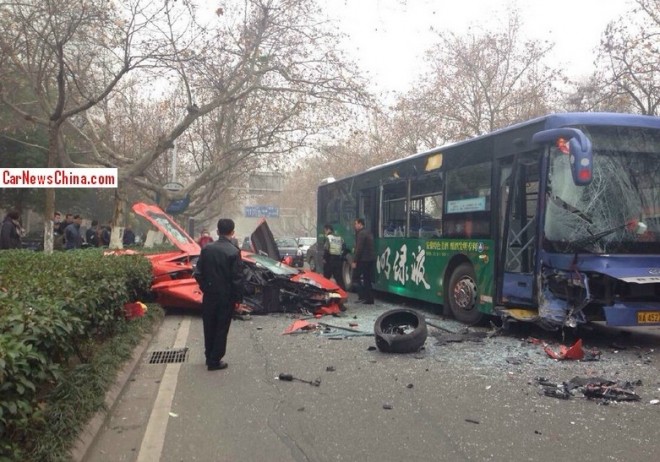 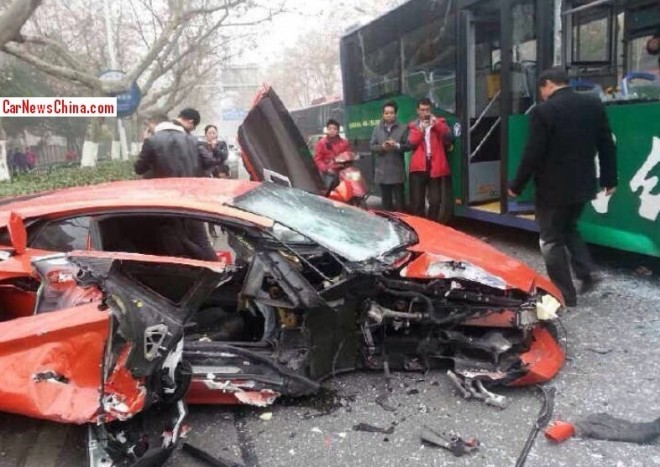 The Aventador seems beyond repair. The bodywork is totaled, the suspension gone, the frame cracked, and the roof looks damaged as well. Police is still investigating the cause of the accident. Initial reports say the Lambo was trying to overtake a car and ventured too far onto the other side of the road, and there was that bus. If the driver was at fault the insurance companies won’t pay, and that will hurt as the Aventador costs 7.38 million yuan or 1.2 million USD. 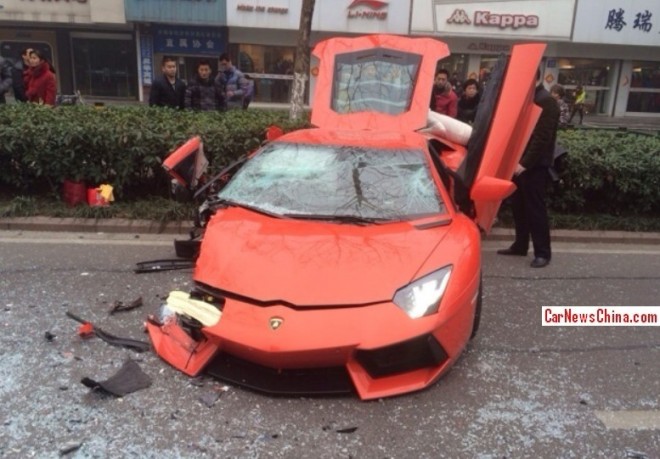 No license plates on the car, which is illegal and yet another reason why insurance won’t pay out. 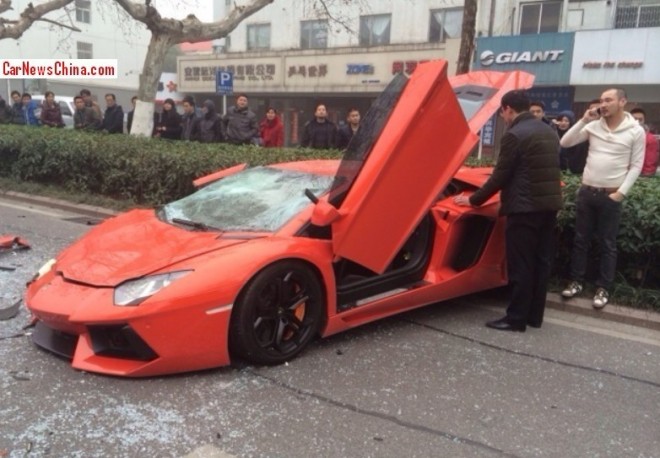 The cool man in a fashionable white sweater is the lucky driver, seen here making a phone call. Today’s crash is the second Aventador going boom in the Chinese hinterlands this year, in January we saw an Aventador hitting a tricycle in Henan. 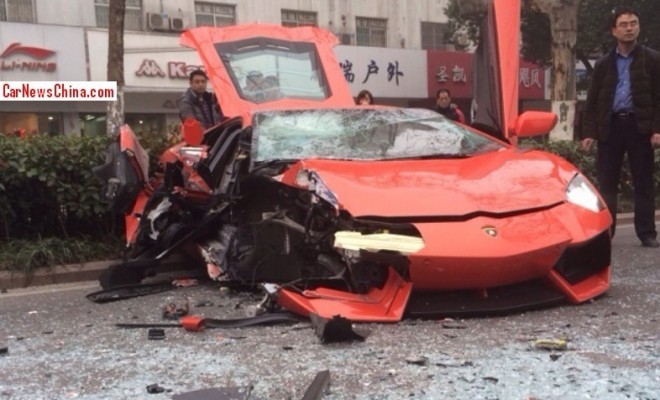 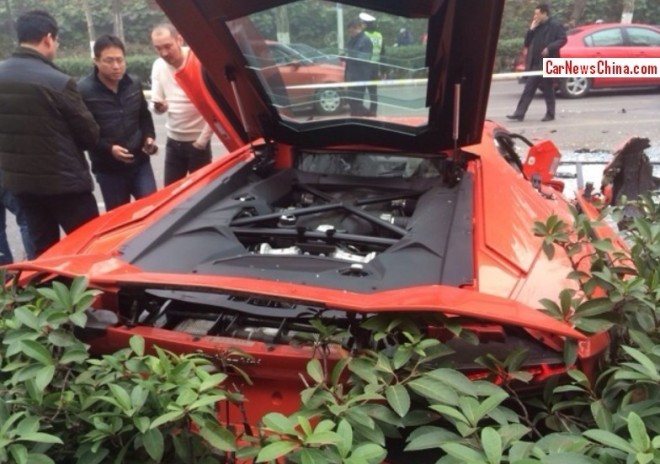 Rear wing was deployed at the time of the crash. This Lambo was going fast…