BMW driver in China is a fan of the Third Reich 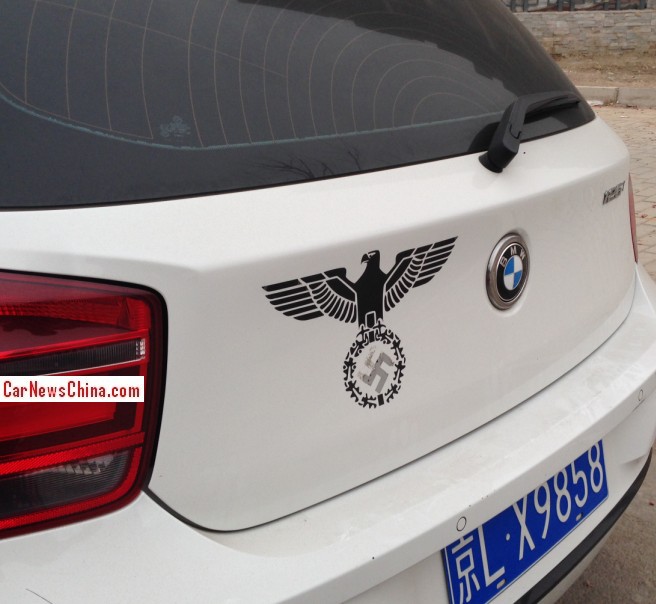 A BMW 1-Series hatchback, Spotted in China in a faraway suburb of Beijing. The Bimmer comes with a curious sticker depicting a World War II German Nazi symbol, very violent and such… This kinda stickers and badges are fairly common in China, they go for a few dollar a piece and can be bought in every car shop, and Chinese drivers do know what the Swastika about. WO II is rather ‘hip’ in China, documentaries all over TV, with the German side weirdly the most popular.