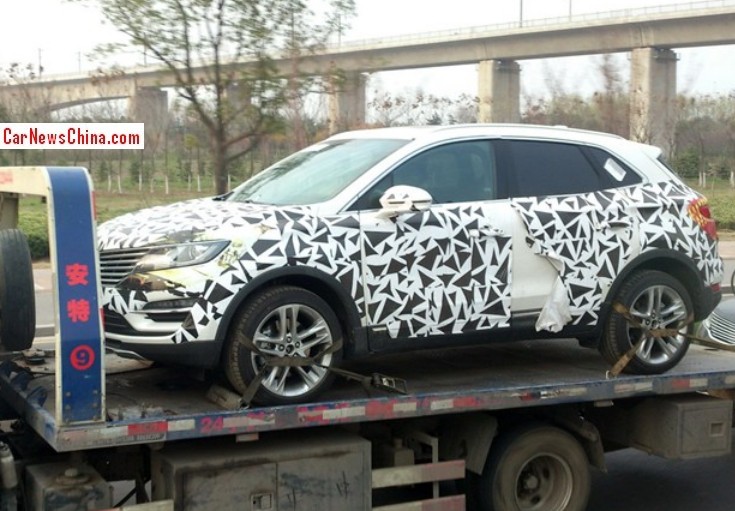 Spy shots of the new Lincoln MKC in China, seen here transported on a flatbed truck. The Lincoln MKC will be launched on the Chinese auto market in Q4. The MKC and subsequent other Lincolns will be sold via a separate Lincoln dealer network that is currently under construction. 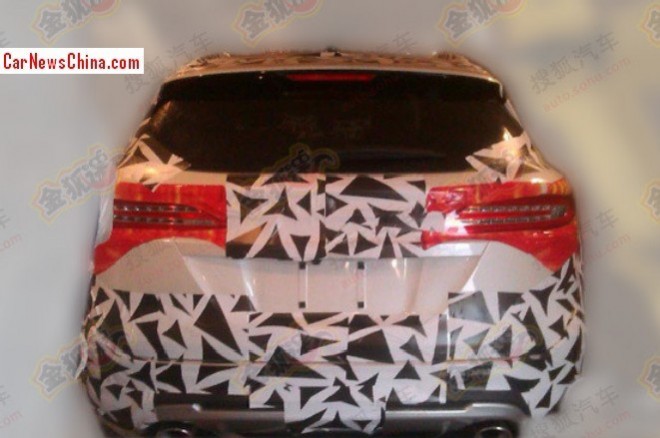 The Lincoln MKC is based on the same platform as the Ford Edge/Kuga, which is already manufactured in China by the Changan-Ford joint venture, so adding the MKC in 2015 won’t cost Ford much money. Ford is also working on a China-only long wheelbase variant of the MKC, which will be produced alongside the standard-wheelbase variant. Price of the 2015 China-made MKC will start around 225.000 yuan.