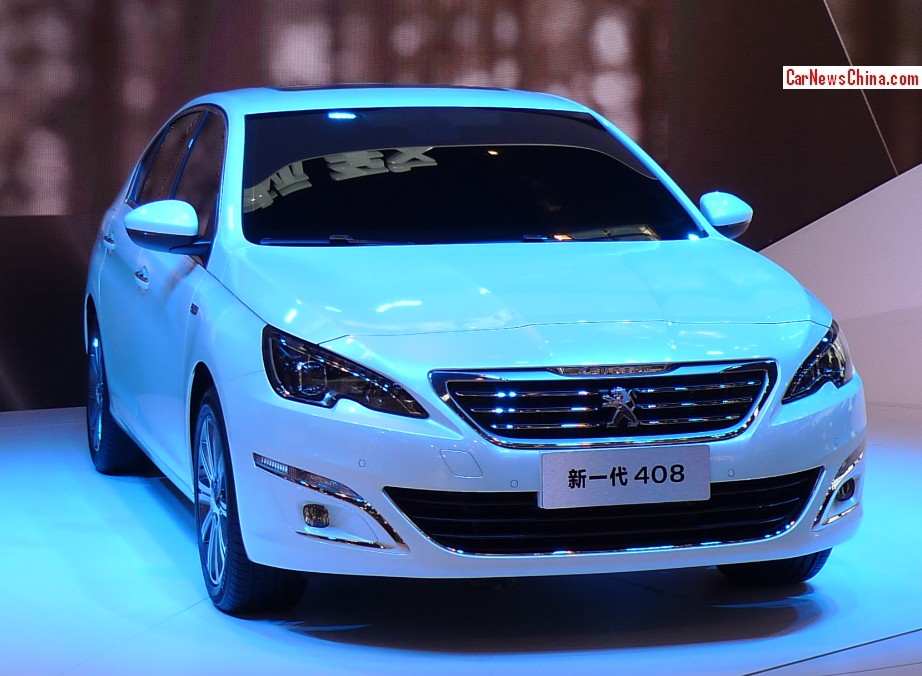 The new Peugeot 408 sedan stood on a closed-off rotating platform that didn’t rotate, except when they had a show with all kinda ugly dancers obscuring the view! Then they had staff pushing people, and other cars parked so close to the sealed-off not-rotating rotating platform that people got squeezed. Bad booth Peugeot, very bad! Finally, over the course of a full day, going back three times, I managed to shoot a few decent shots. 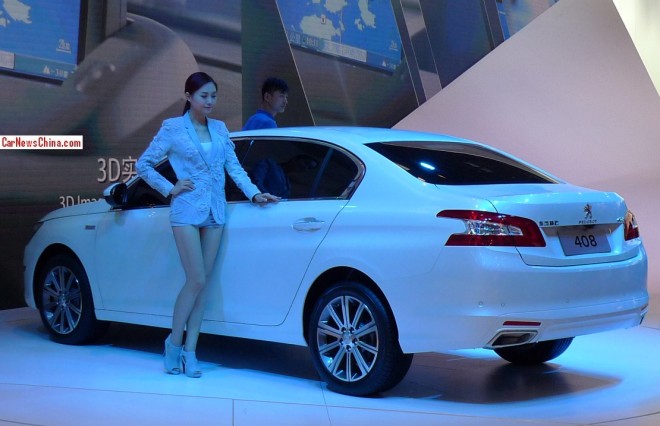 Closed-off rotating platform switched on. Ugly models moved in. Ugly girl was wearing very short trousers but you couldn’t see her ugly ass because she was wearing an ugly jacket. Ugly boy looked like he just arrived from a local food market, selling fish. 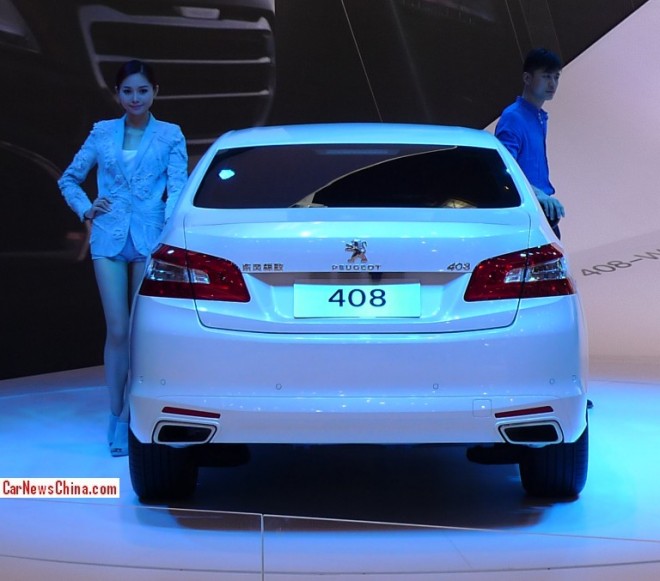 What an ugly jacket is that ugly gear wearing! Other info:

The Peugeot 408 will compete in the fast-growing market segment of ‘medium sized sedans with premium features’ with cars such as the Honda Crider, the Volkswagen Sagitar, the Hyundai Mistra and upcoming Ford Escort. 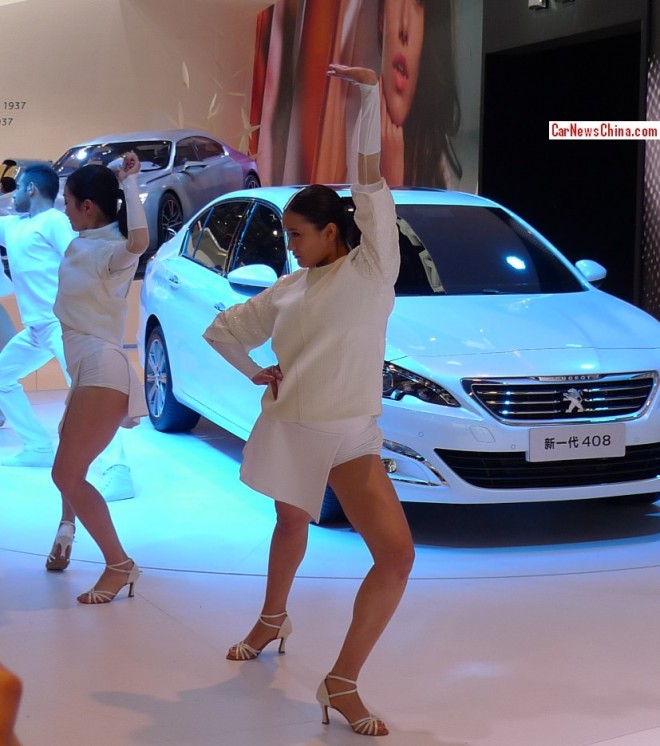