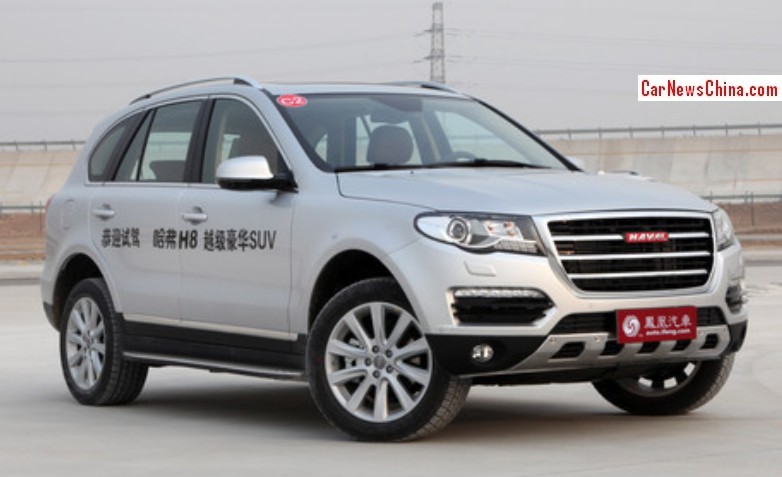 Great Wall Motors has announced another unspecified delay for the troubled Haval H8 SUV, with wild rumors going around on the Chinese interwebs that the delay is “indefinitely”. The Haval H8 was delayed for the first time in January after automotive journalists found serious shortcomings.

By the time the H8 had already arrived at dealers throughout China, and all cars were simply pulled out the showrooms and shipped back to the factory. None were delivered to buyers. Great Wall said the delay would take three months and everything seemed all right when the H8 stood shining on the 2014 Beijing Auto Show, alongside the various other new Haval-branded cars, including the giant Haval H9.

The new delay is apparently caused by problems with the new 6-speed automatic gearbox, the box is said to make “knocking noises” at high speeds. Interestingly, this seems to be a new problem, as it was not mentioned at the first delay.

Investors were unhappy with the news and sent Great Wall stock, listed in Shanghai, down 17% yesterday.

Some Chinese media are quoting ‘Great Wall insiders’ saying that the new delay will last until late this year or  early next year, but nothing has been officially confirmed.