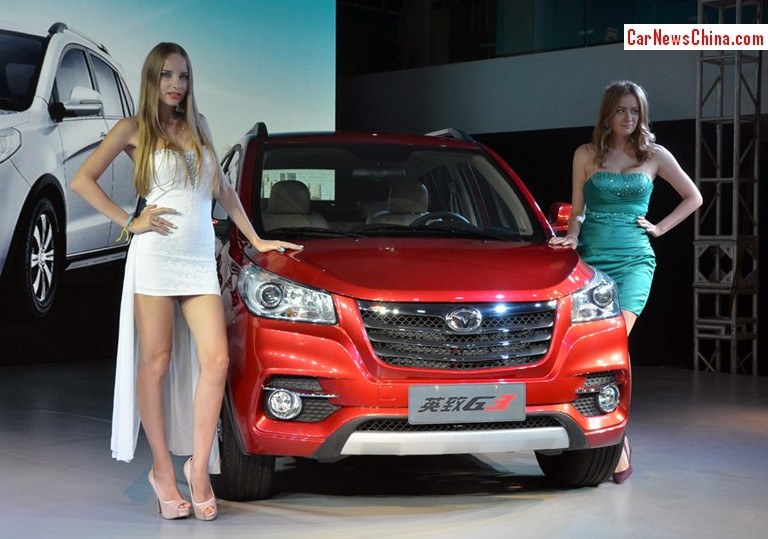 The new Weichai Auto Yingzhi G3 SUV has been launched on the Chinese car market. Price starts at 57.900 yuan and ends at 70.900 yuan. The launch ceremony was dressed up with a bunch of white chicks, indicating Weichai has plans for export. In China, the G3 competes with cars like the Changan CS35 and Great Wall M4. 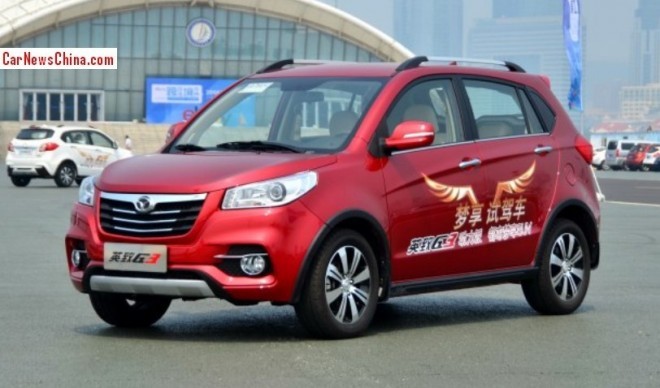 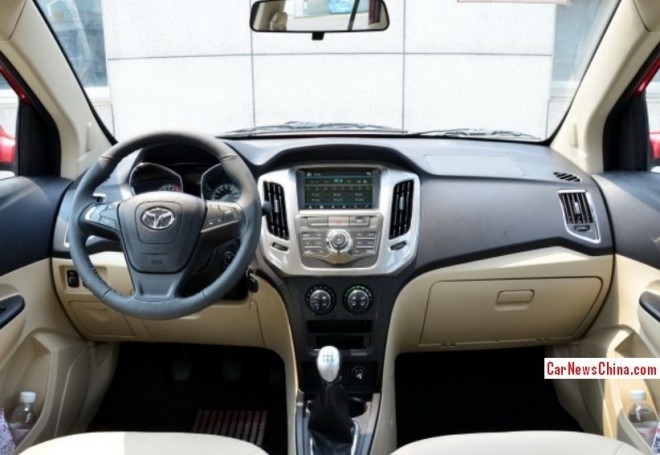 A neat interior with a large screen in the center console, some chrome, some beige, and some black. 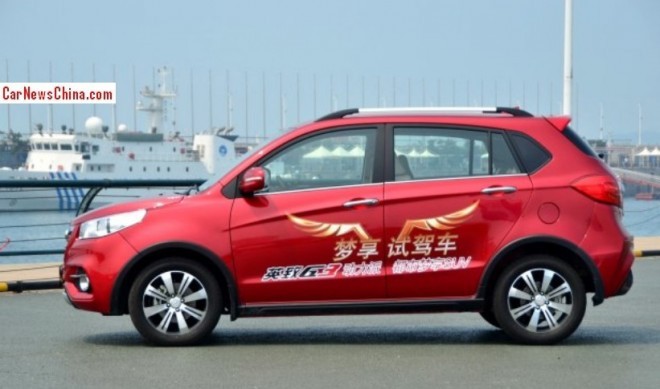 Absolutely a fine looking vehicle, especially for a first of a new brand. Much more is on the way. Later this year will see the debut of a mini MPV, to be followed by a large pickup truck in 2015. 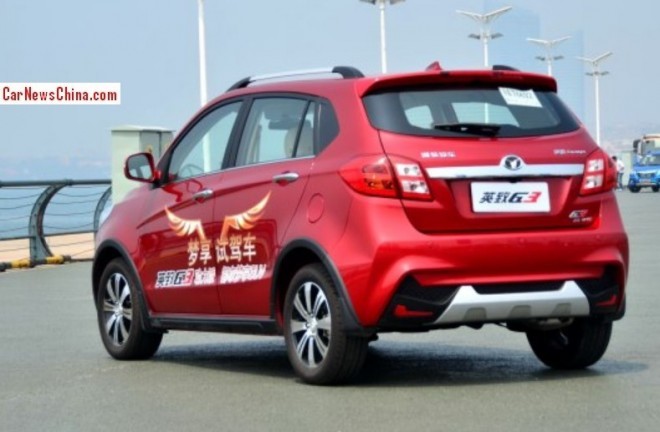 Crossover in style with loads of black plastic, skid pads, and a roof rack. Tires a bit on the small side. 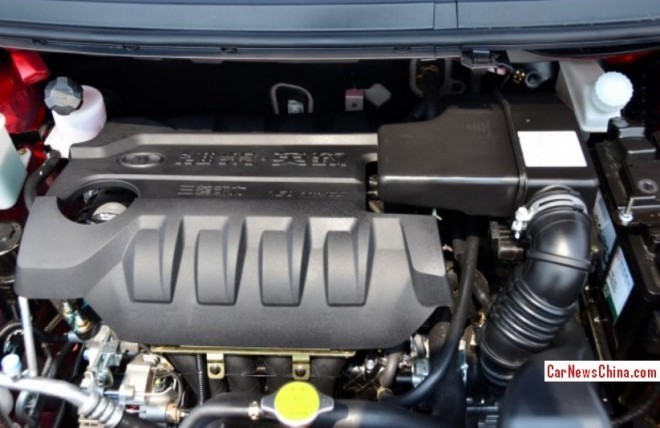 The 1.5 liter petrol. Time now for another photo of the cheerleaders: 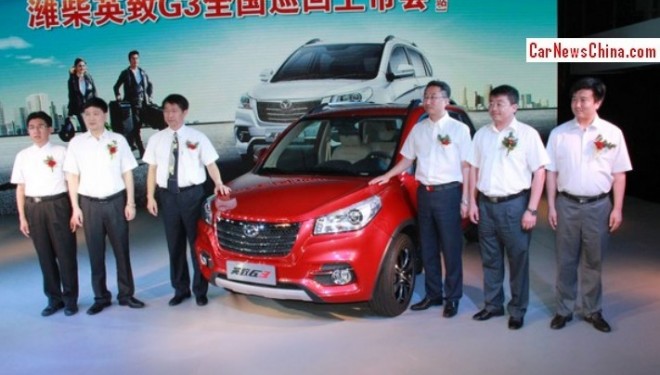