Volkswagen Lamando debuts in China on the Chengdu Auto Show 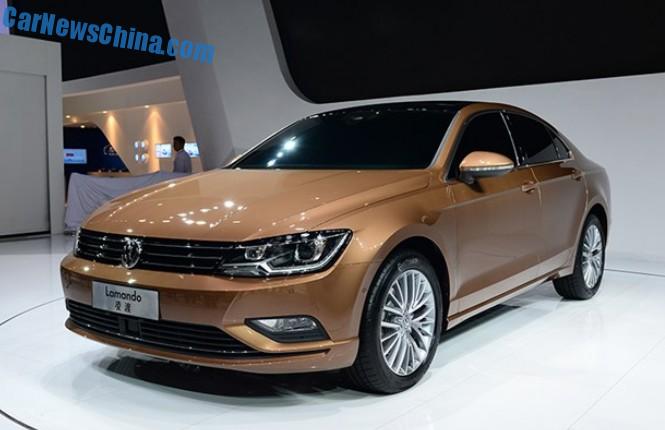 The Lamando is developed to attack the mighty popular Mercedes-Benz CLA. The Lamando will be manufactured in China by the Shanghai-Volkswagen joint venture. Power will come from 1.4 TSI and 2.0 TSI four-cylinder petrol engines, both mated to a seven-speed DSG. The Lamando will be launched on the China car market in November, price will start around 180.000 yuan or 29.000 USD. Chinese name is Ling Du (凌渡). 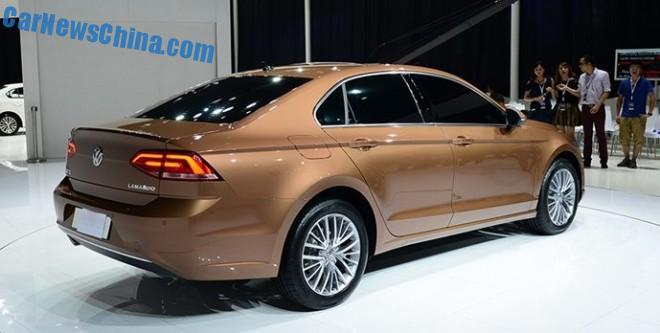 Sporty looks targeted at young Chinese car buyers, a large and booming market, who are looking for something more exciting than the sedan their parents drive. 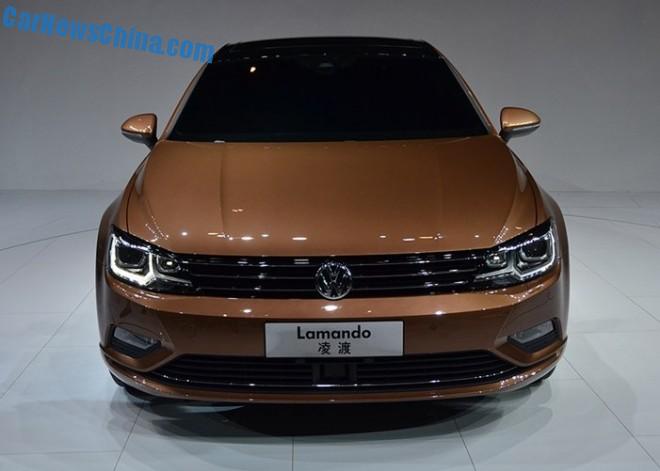 But why brown? Brown sedans are boring and not hot for those young. Yesterday we saw a much better looking blue Lamando, but it doesn’t seem to be on the show, or not yet. 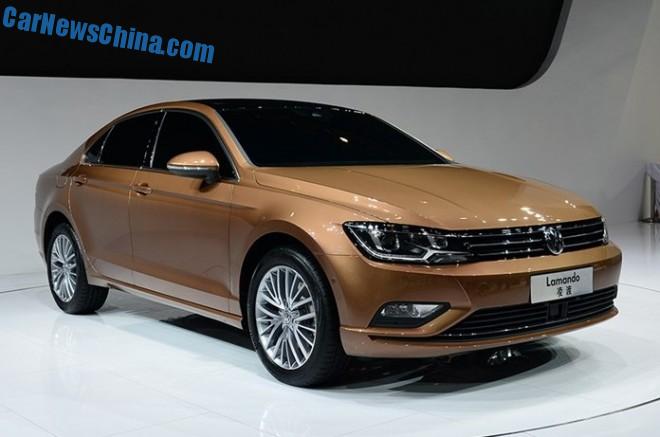 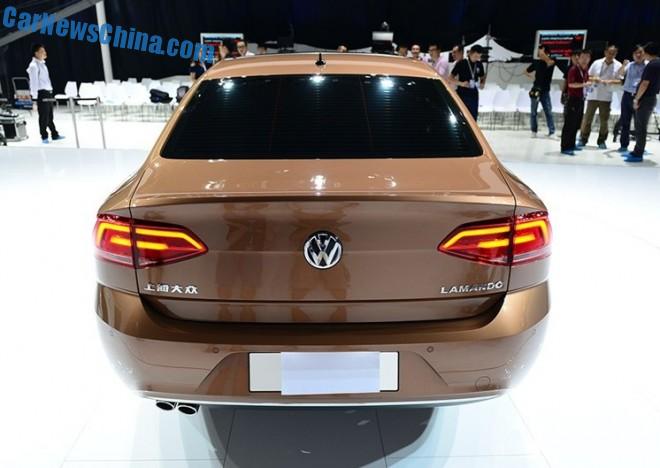 Somebody forgot to remove a crappy piece of paper.