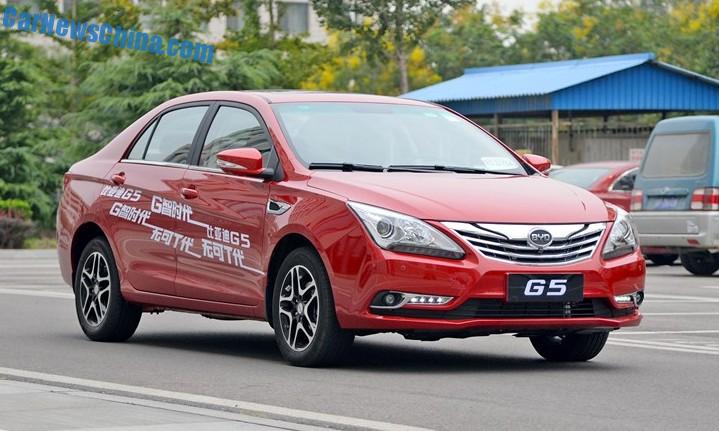 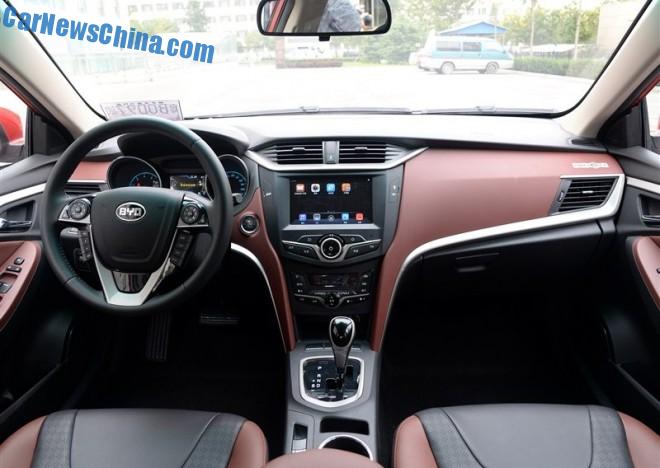 The BYD G5 is a new addition to the BYD line-up, it will be positioned between the BYD F3 and the BYD G6.

Power comes from a 1.5 turbo charged four-cylinder petrol engine with 154hp and 240nm, mated to a six-speed DSG or a six-speed manual. 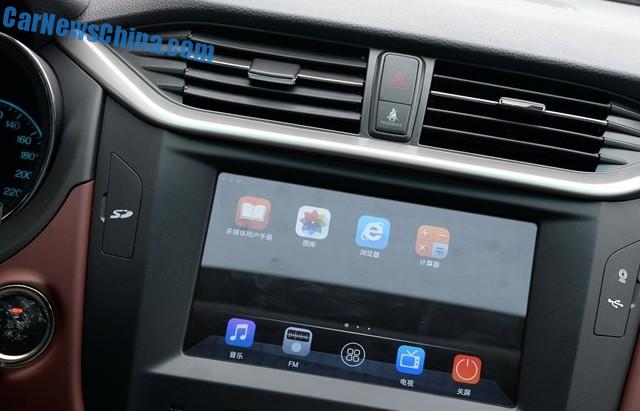 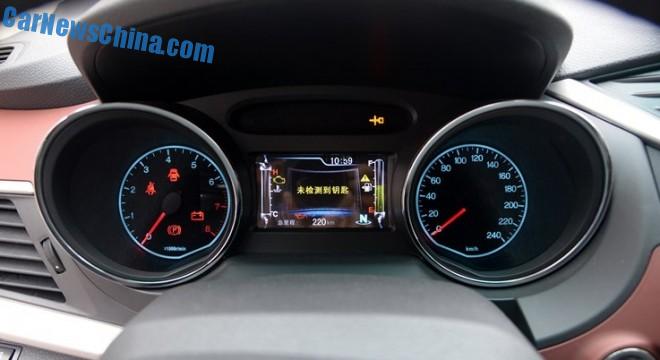 Another flat screen between the dials. 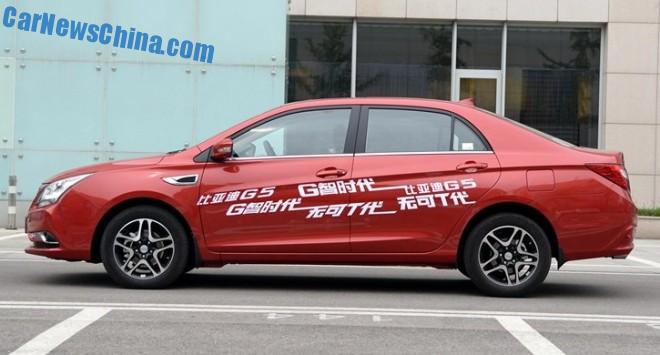 The BYD G5 is based on the same platform as the BYD F3, albeit slightly stretched and a tiny bit lower: 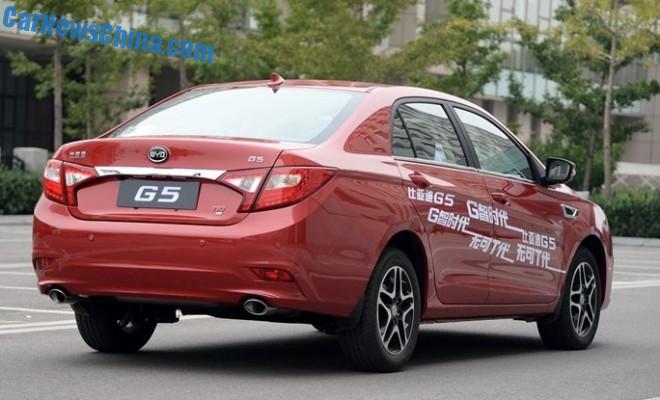 Double exhaust pipe for sporty. Crease over the side for dynamic, and for hiding humble origins. 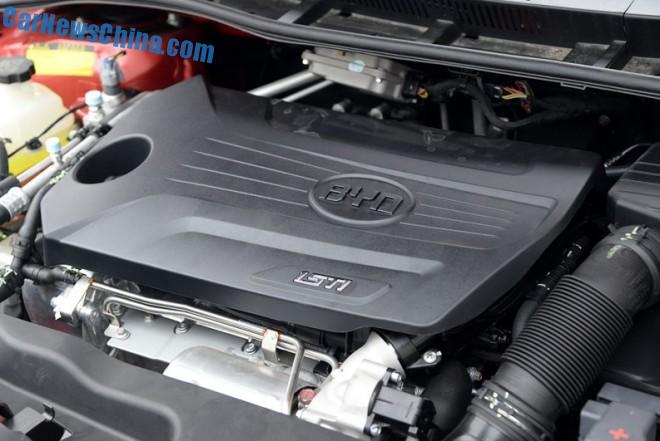 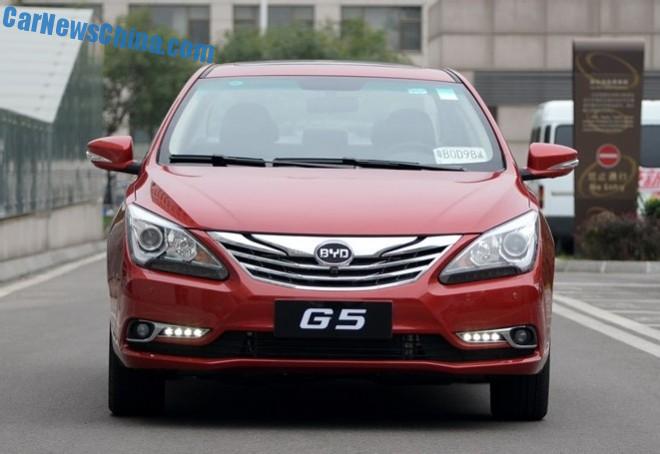 Lot of chrome on a small but smiling grille.