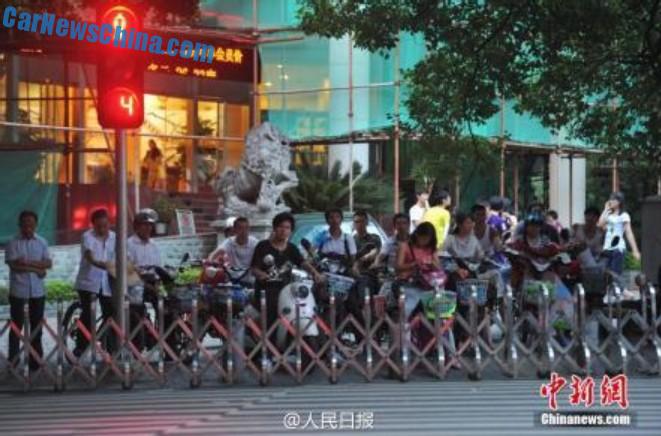 Jaywalking is a big problem in China, taking thousands of lives and causing trillions of hours of traffic jams each year. Most notorious jaywalkers are pedestrians, followed closely by bicycles, scooters, and tricycles. Jaywalking is almost a national sport, with people looking happy and even proud when they reach the other side under a red traffic light. 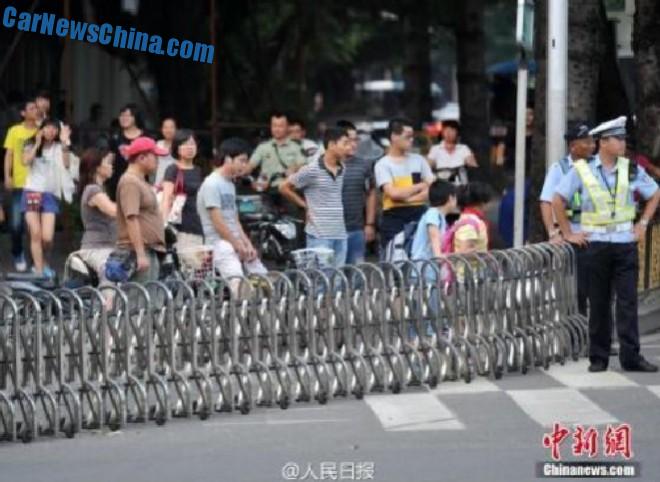 The authorities however prefer ping pong, and have been trying to stop the jaywalking for ages, so far without much success. They have tried schemes with extra traffic wardens (they were completely ignored), high fines for those who were caught (nobody paid), removable crime scene-style police lines (they were simply pushed away), all to no avail. 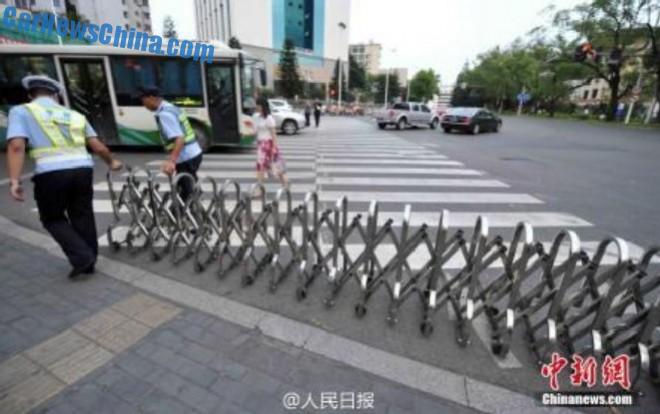 Police in the great city of Fuzhou in Fujian Province might finally have the answer: heavy portable rolling fences guarded by officers. The fences have been installed in the most crowded downtown areas and are currently only used during rush hours. 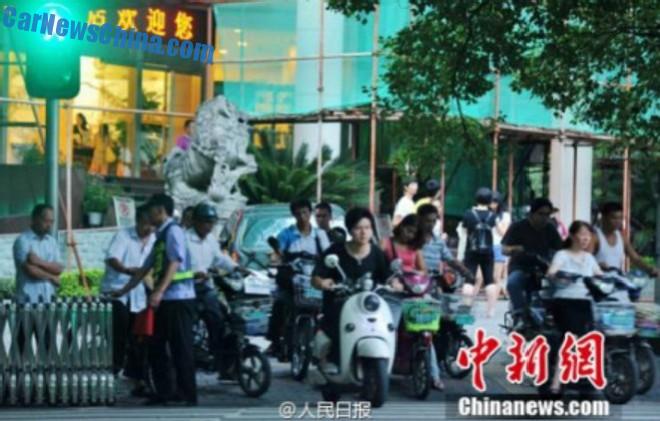 So far the fences appears to work. They are to heavy to be pushed aside and to high to jump. A scooter especially doesn’t have any chance to get through, let alone a tricycle! The question is how long the city is prepared to continue its offensive. Each fence needs two officers to operate, which costs money. Opening and closing the fences takes quite some time, which can cause traffic jams again. And People will get pissed off, which isn’t good for the cherished social stability in the city. 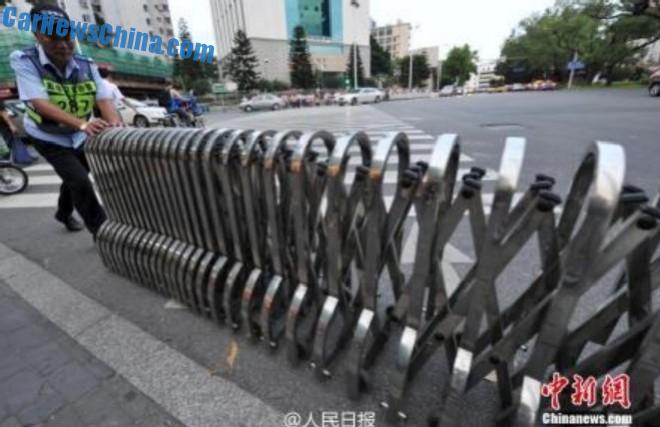