GM to invest $14 billion in China within five years 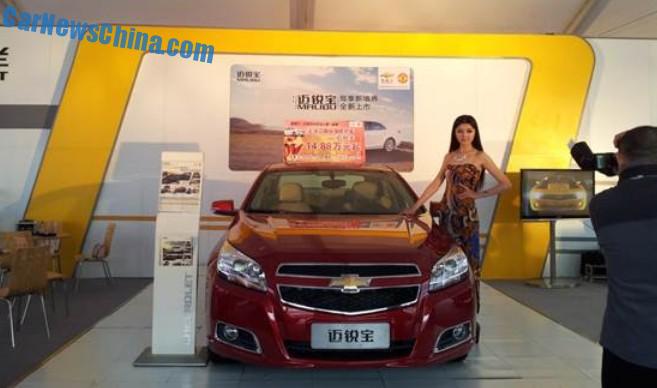 General Motors will invest $14 billion in China over the next five years and open five new manufacturing plants to increase annual sales in the world’s largest car market to nearly 5 million vehicles.

Barra, GM President Dan Ammann and other members of the company’s executive team gave a presentation to investors and financial analysts at a GM plant in Milford, Michigan, that centered on some of the company’s biggest initiatives to the end of the decade.

“This is a substantial investment in China,” Dunne said. “GM is still among those at the forefront in China in terms of annual vehicle sales volume. When people look at the company in China, everyone is expecting vehicle sales to grow there.”

GM was one of the first companies to establish a research and development center in China, so developing vehicles specifically for the Chinese market has also given the company “some cachet” with different entities in the country, Dunne said.

“GM and its competitors are investing in manufacturing, distribution, marketing and research and development. China is a hyper-competitive market, so you can’t let up because things can change very quickly,” he said.

It said recent data show that the company and its joint venture partners sold a record-breaking 3.1 million vehicles in China last year.

Barra said it is vital for the company to be at the cutting edge of technological integration when it comes to its new models, so that it can become the world’s “most valued automotive company”.

She said some of the high-tech advances the company plans to make – including the introduction of high-speed mobile broadband vehicle-to-vehicle connectivity in some models and a highly automated, hands-free highway driving technology called Super Cruise – “unlock so many things that haven’t been done in the past”.

Dunne, from JD Power, said he is intrigued by GM’s plans to introduce more technology into its vehicles.

“Nobody goes anywhere without being connected, so GM talking about introducing more connectivity in its vehicles is where the car market is going and it’s spot on,” he said.

Barra said she remains optimistic that the company will be able to leverage its potential into increased business in a number of markets.

“Interaction with customers is changing, and how they want to buy cars and interact with the vehicles are very important trends,” Barra said.

“Every chance to connect with a customer is an opportunity to build a stronger relationship.”