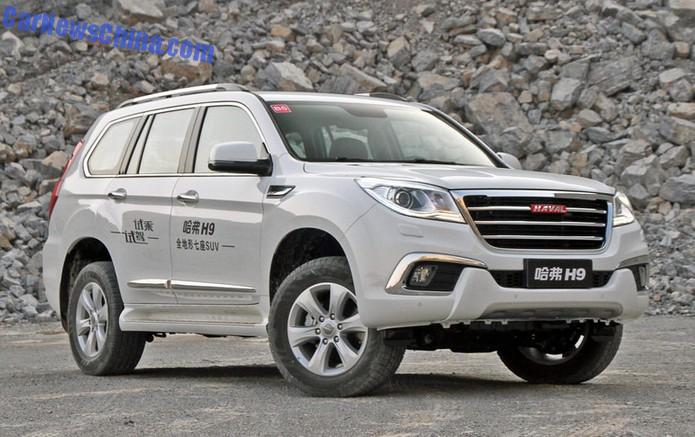 This is the Haval H9 SUV for China, debut is scheduled for the Guangzhou Auto Show later this month with a launch on the Chinese auto market in the first quarter of 2015. Price will start at 229.800 yuan and end at 279.800 yuan.  The Haval H9 debuted as a semi-concept on the 2014 Beijing Auto Show, it is the largest vehicle ever developed by Great Wall Motors. 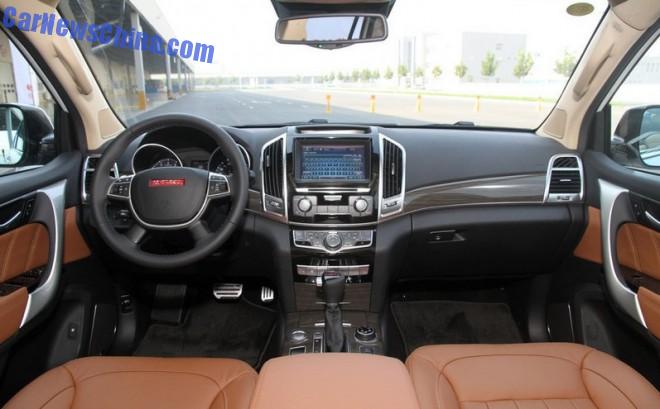 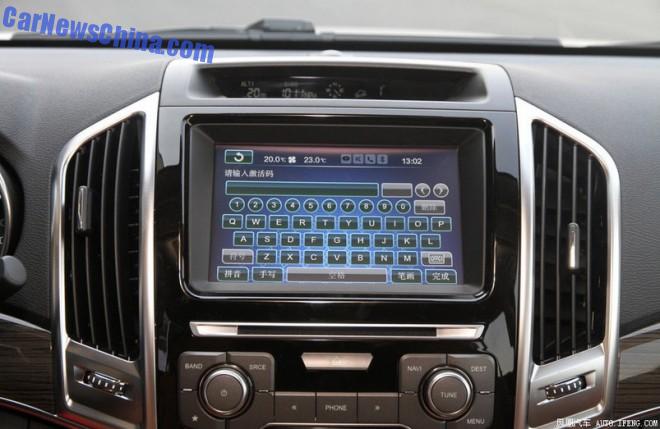 Large touch screen in the center console. The infotainment system comes with a permanent internet connection, a TV tuner, telephone and SMS, satellite navigation, and a radio. 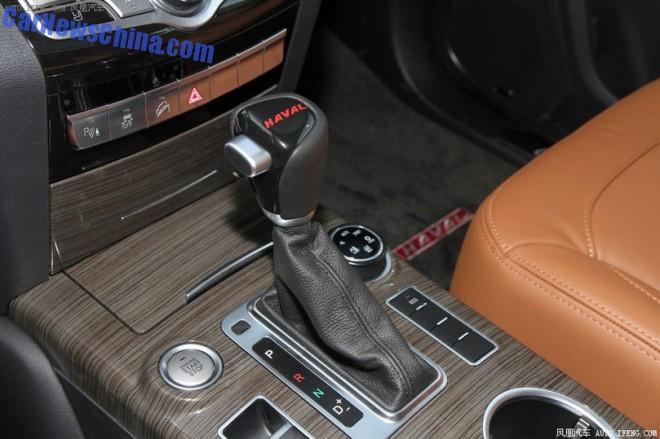 Start button on the center tunnel. Haval-logo on the gear-knob. Wood looking good. 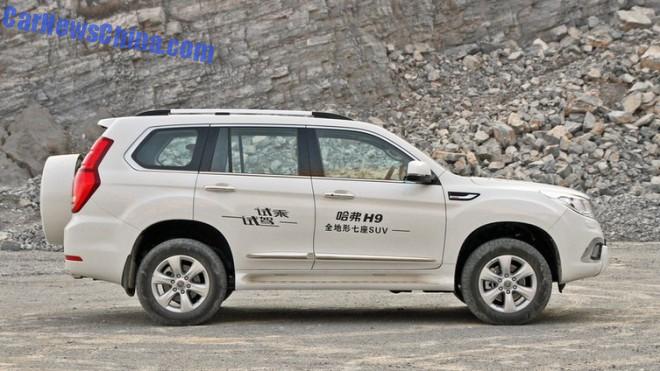 The H9 is a huge car: 4856/1926/1910, wheelbase is 2800. The price brings the H9 into direct competition with hot selling vehicles like the Honda CR-V and the Volkswagen Tiguan. The Haval H9 however is much bigger and the Great Wall Haval badge is by now widely accepted. Haval is alo lauding the H9’s body-on-frame chassis, saying it works much better off-road than the competition. That might be true but who really cares? China is an urban jungle these days. 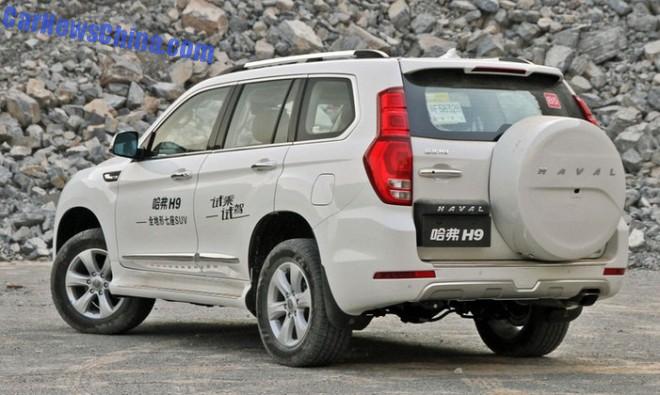 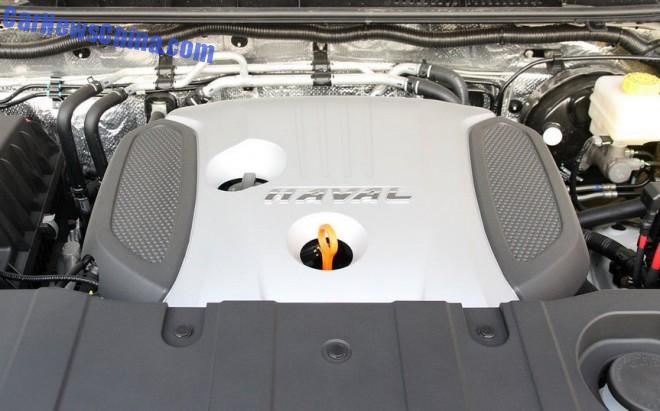 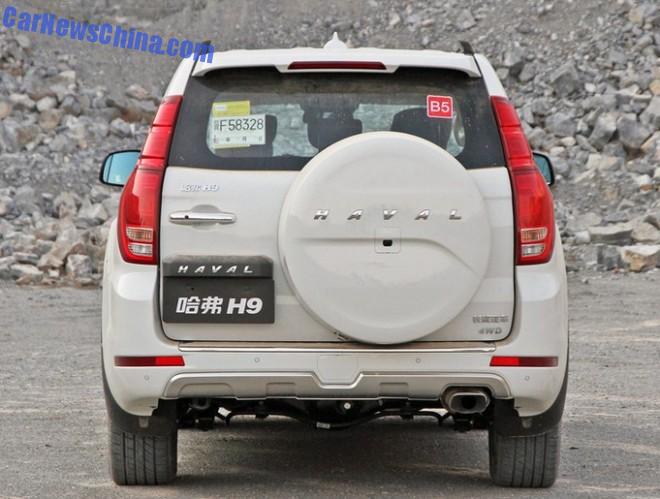 There is second exhaust pipe on the left but it goes without a exhaust tip. This is somewhat odd as most other automakers add fake tips instead. Haval being cool here? 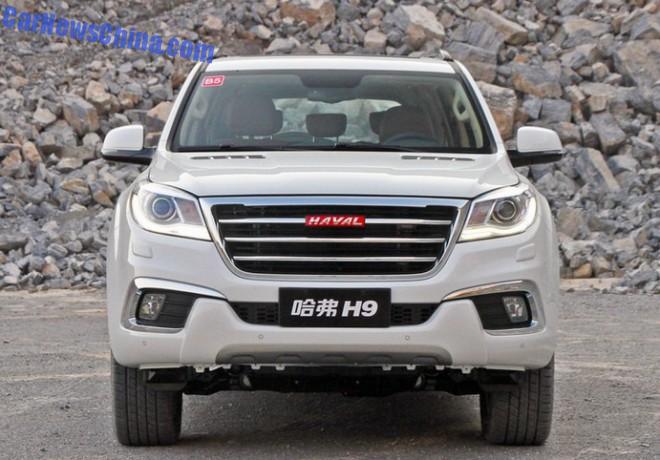