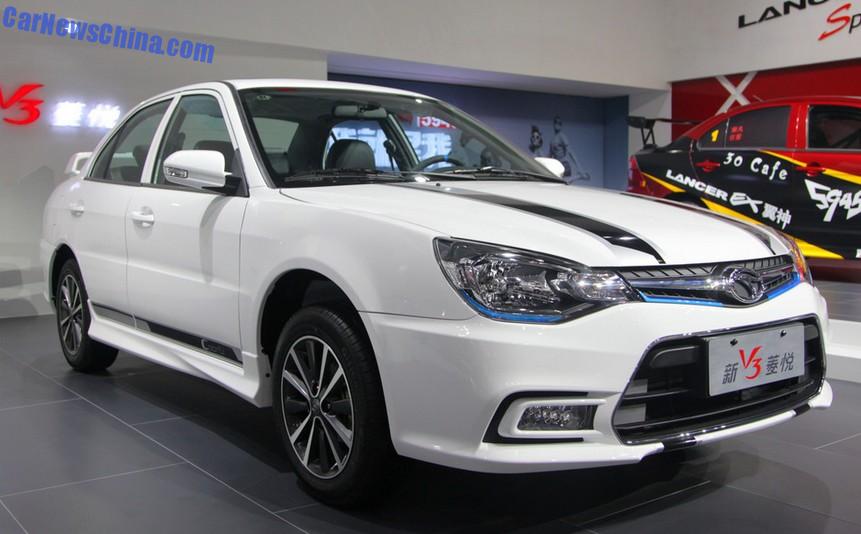 The facelifted SouEast V3 Lingyue was unveiled on the 2014 Guangzhou Auto Show and launched on the Chinese car market at the same time. The facelift includes new headlights, a new grille, new taillights, new bumpers, and an updated interior. This particular car is the top of the line ‘ColorFul’ edition, which comes with a hefty bodykit and a giant wing on the back. 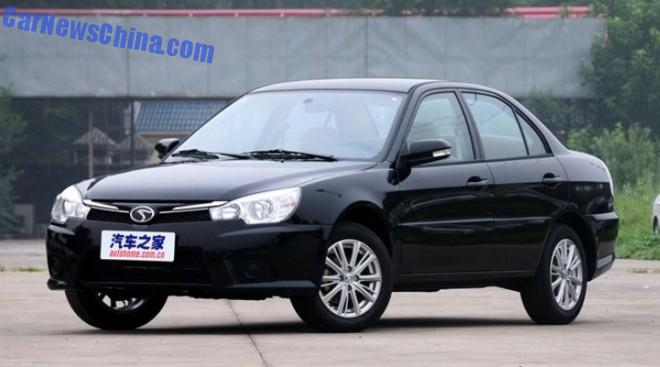 The outgoing car, launched in May 2011. The SouEast V3 is based on the fifth generation Mitsubishi Lancer that is still in production in China at the SouEast-Mitsubishi joint venture. 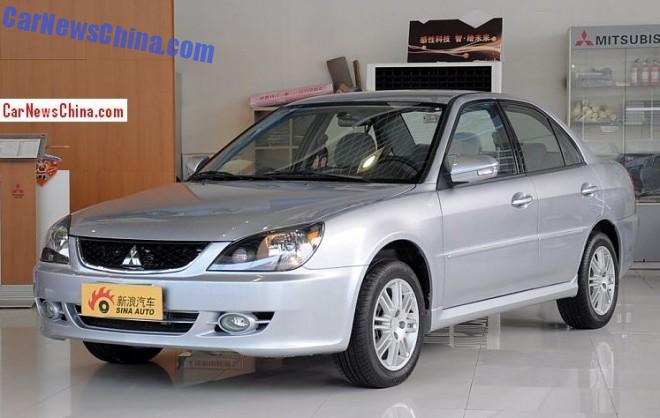 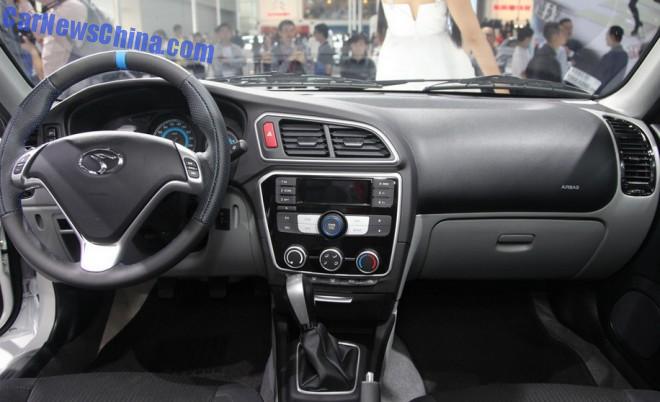 A very sporty dash with a rally-style steering wheel. SouEast knows how the use the Lancer EVO heritage… 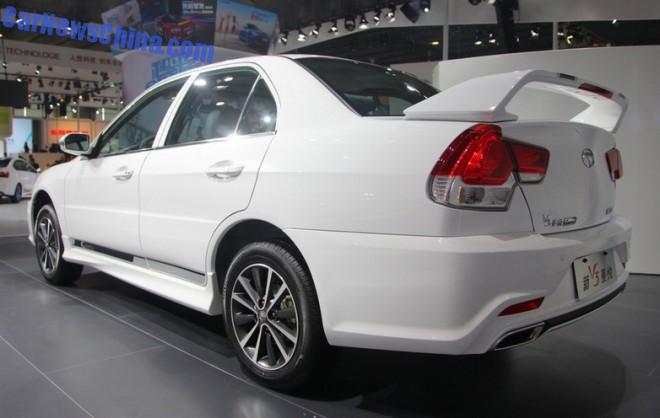 Check that wing! Sadly, the engine doesn’t really match up. Power comes from an ancient Mitsubishi-sourced four-cylinder 1.5 liter petrol engine with 118hp and 143nm, mated to a five-speed manual or a CVT. This is exactly the same engine that was used in the outgoing V3. Price starts at 56.900 yuan and ends at 67.900 yuan, and that is slightly cheaper than before. 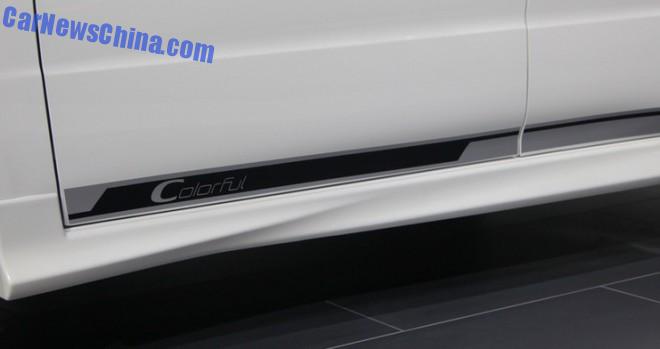 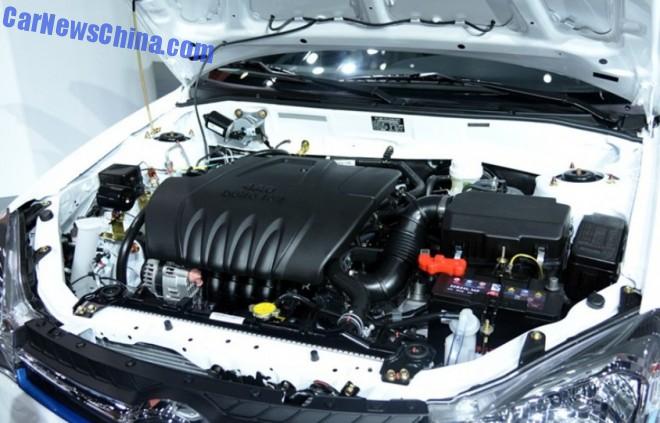 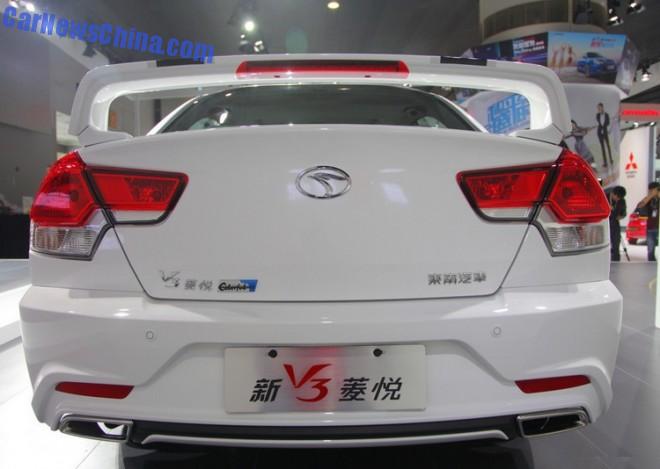 But a big wing makes every car look young.