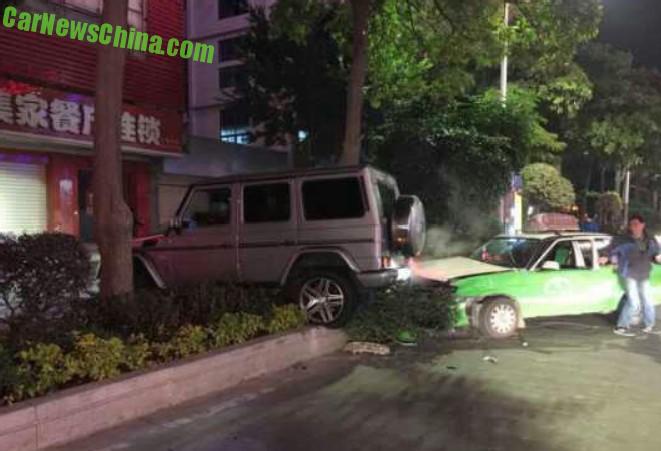 Mercedes mayhem in China! A big badass Mercedes-Benz G55 AMG crashed a grand total of six cars in the great city of Quanzhou in Fujian Province on the early Thursday morning. The driver, who was seen completely drunk before he got in the car, managed to escape the carnage and is still on the run, local sources report. First victim was a green Volkswagen Santana taxi, followed by some bushes and the pavement.

Amazingly, the giant G got away again and back on the road, hacking into a small red car, probably a Chery. 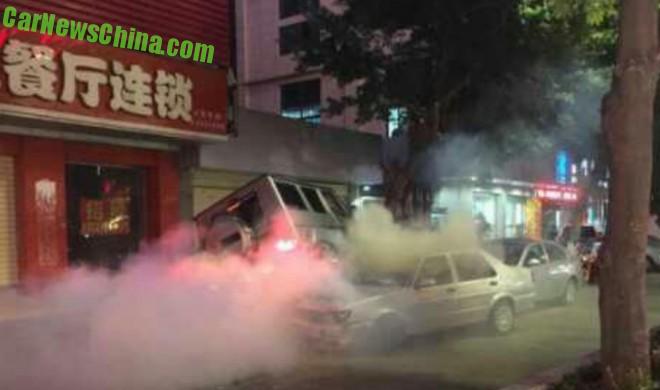 Then came the biggest bang, seen here just seconds after it happened. The G thundered into a one-way street and crashed into three cars before before a Volkswagen Jetta and a Nissam Teana finally put an end to the party. The female driver of the Jetta has been taken to a local hospital with critical injuries. 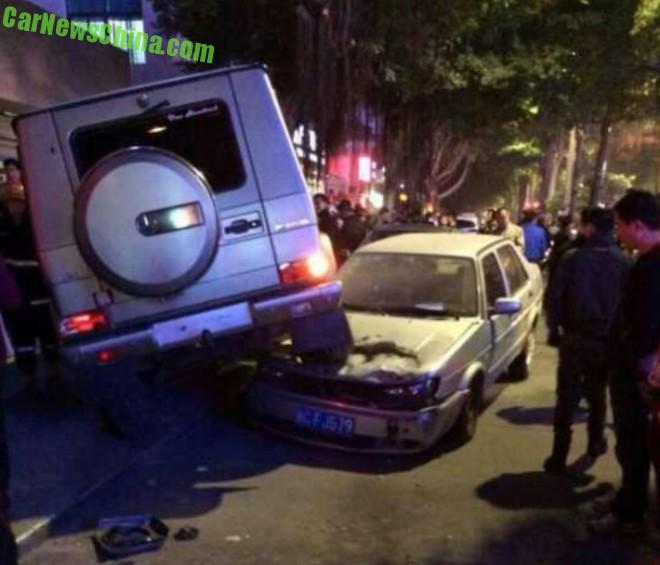 The G on the Jetta. Interestingly, somebody took the license plate off the Mercedes. 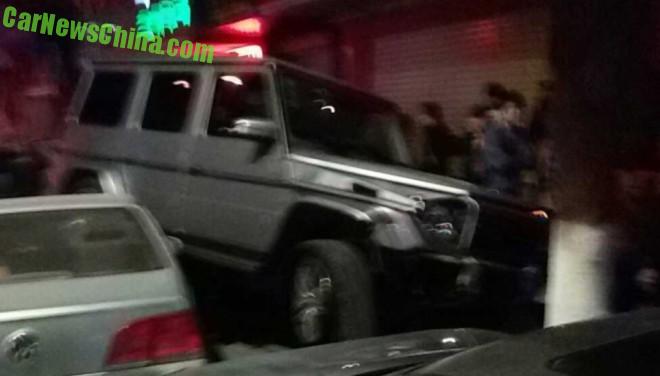 Police has started a manhunt but the driver of the monster SUV is still on the run.