Tesla sold only 120 Cars in China in January 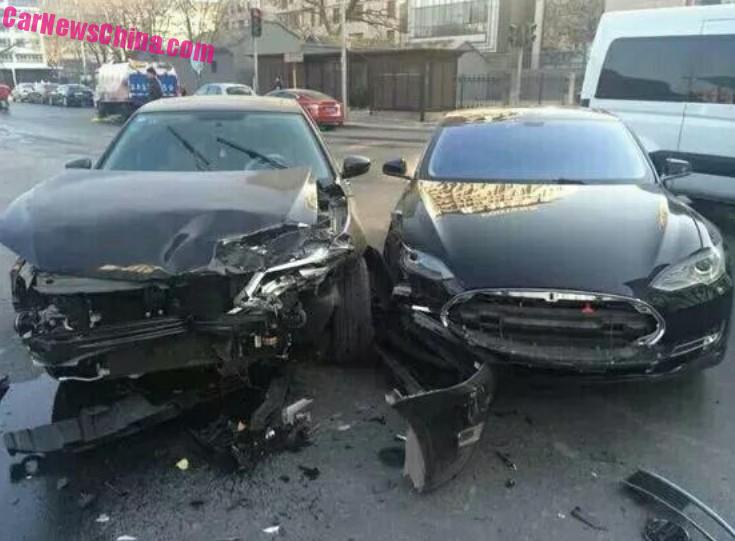 More bad news for Tesla in China. Anonymous sources from within Tesla told Reuters the company only sold 120 cars in China in January, and that CEO Elon Musk is threatening to fire country managers. Reuters says that Musk “threatened to fire or demote country managers if they are ‘not on a clear path to positive long-term cash flow.'” Two top China managers left the company in 2014.

The sources, who spoke to Reuters over the past two weeks, were not willing to speak for attribution because of the sensitivity of the matter.

Tesla shares slumped 7 percent on Jan. 13 after Musk said China sales were “unexpectedly weak” during the fourth quarter. “We’ll fix the China issue and be in pretty good shape probably in the middle of the year,” Musk added at the time.

He was more blunt in an internal email to managers in late January, threatening to fire or demote country managers if they are “not on a clear path to positive long-term cash flow,” according to two people who have seen the email.

Reuters did not see the original email but was provided a transcript by one of the sources.

Tesla did not have an immediate comment on Tuesday.

China is a linchpin of Musk’s expansion strategy, but so far results have fallen far short.

Musk has said Tesla plans to boost annual production from a projected 50,000 cars this year to 500,000 by 2020, with the United States and China as the company’s two largest markets. In January, Musk made an even more bullish projection that production would reach “a few million” cars a year by 2025.

Musk in the internal email said underperforming company managers “will be asked to leave or assume a more junior role. This has already happened in China and will likely happen in some other countries, too.”

Tesla began taking orders in China in mid-2013 for its sole product, the Model S sedan, and in January 2014 said the Chinese version of the car would be priced from around $121,000, including duties and shipping costs. In an interview at the time with Bloomberg, Musk said Tesla sales in China might equal those in the United States as early as 2015.

Since then, however, Tesla has encountered several speed bumps in China, including the departures of the two executives and the slower-than-expected ramp-up of its retail network.

Tesla may outline its planned response to those setbacks as early as Wednesday, when Musk is scheduled to present quarterly earnings to investors.

“China has been a big disappointment and that’s bound to impact company goals,” a person close to the company said. “So they need to show that they are taking some action to cut costs.”

Executives will answer for their decisions to “retain any personnel not involved in vehicle production,” Musk said, citing finance, HR, communications and IT as examples.

Country managers must consider “dropping specialized roles … or even doing it personally in weak markets where a full-time person isn’t justified,” he said.

“We have no choice in this regard. There is no way that we can afford to subsidize a region of any size in the long term without causing serious harm to the company.”