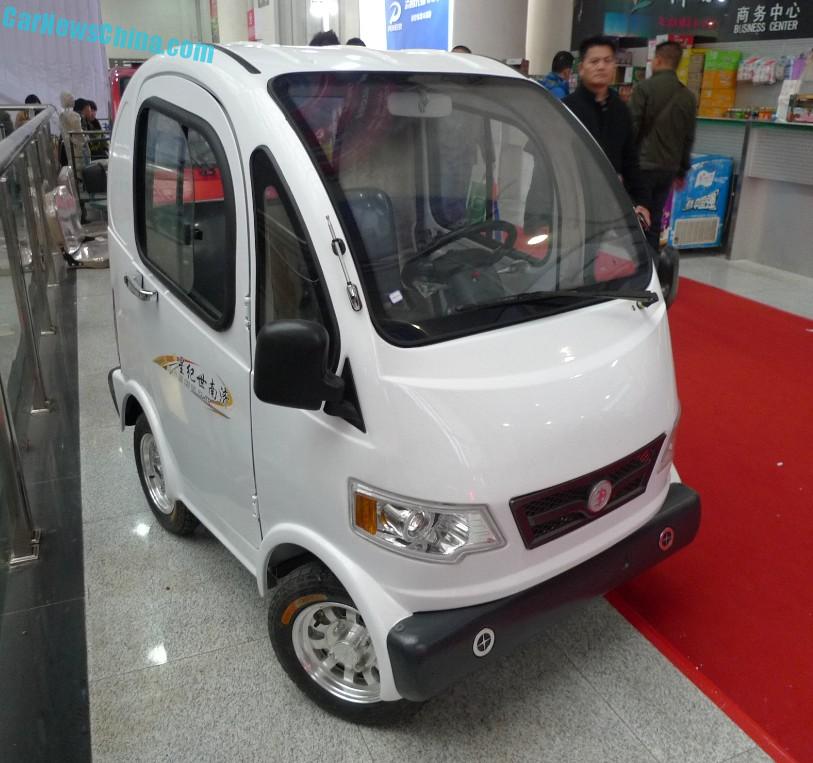 This is the fantastic Sikixing M1, a new low-speed electric vehicle (LSEV) from China, seen earlier this week on the Shandong EV Expo  (intro). The M1 immediately became one of my favorite cars on the show, looking impossible cute and cool at the same time. The vehicle comes with big black bumpers for a tiny bit of safety, large truck-like mirrors, chromed doorhandles, an antenna on the A-pillar, and shiny silver multispoke alloys.

The Sikixing M1 is manufactured by a company called Jinan Sikixing Corporation, based in the great city of Jinan in Shandong Province, and thus playing a home match here. The company (web, but not working) started in the bicycle business, moved up to electric bicycles, and then to LSEV’s. 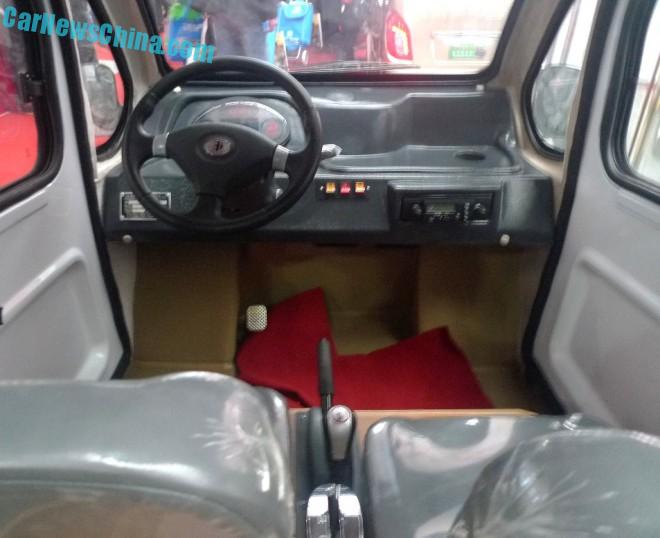 The M1 is a two-seater. The interior is black and basic but it does have a radio with… a CD player. The dials are digital. The steering wheel is a tad too 1982. The drive selector is mounted far back on the center tunnel, behind the handbrake (!) and very hard to reach. The M1 is powered by a tiny electric motor with an output of one (1) kW, mated to a lead-acid battery. 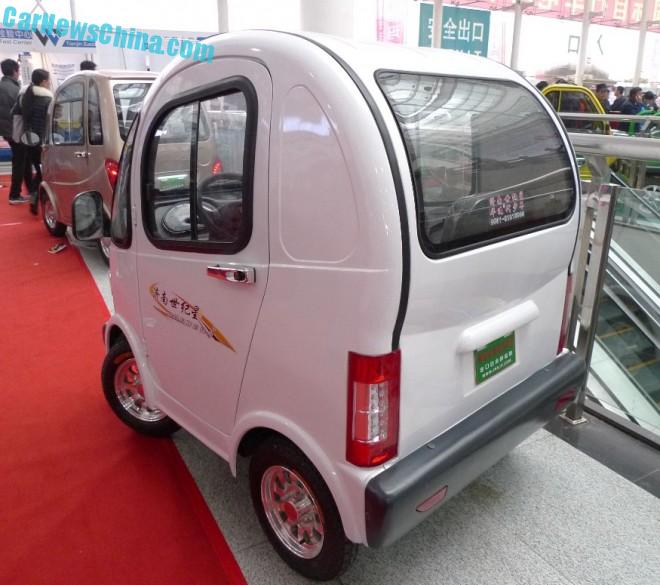 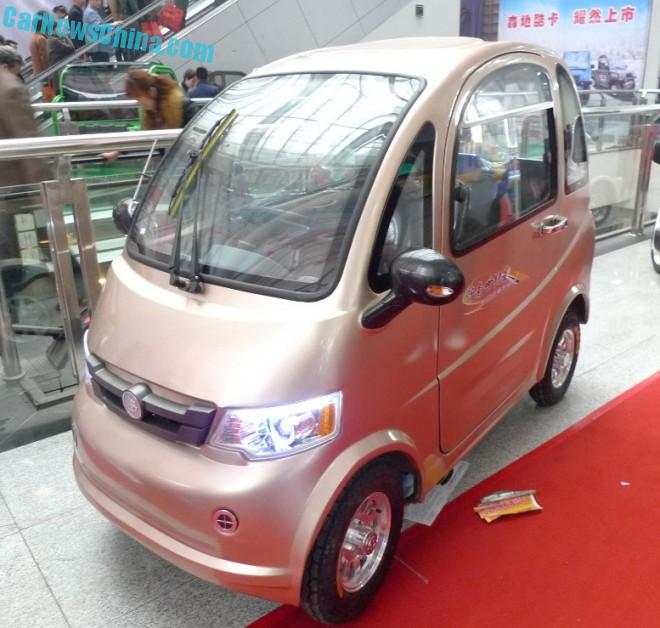 This is the Sikixing M4, a slightly larger and more luxurious variant of the M1. 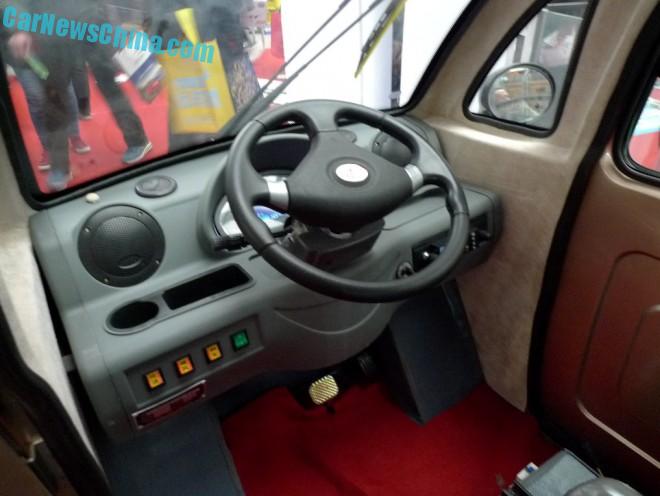 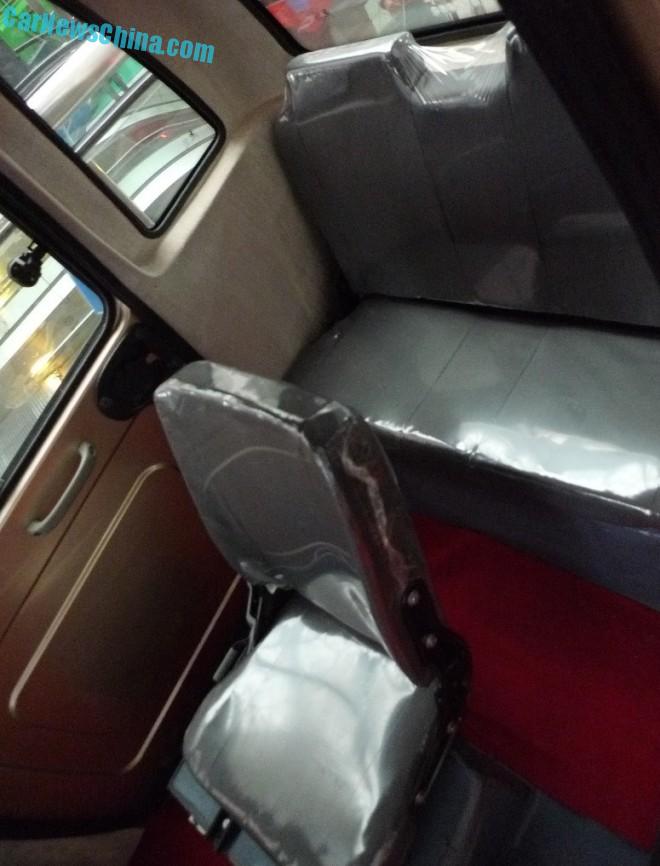 The M4 seats three (not four…) in a 1+2 configuration that one normally finds on tricycles. 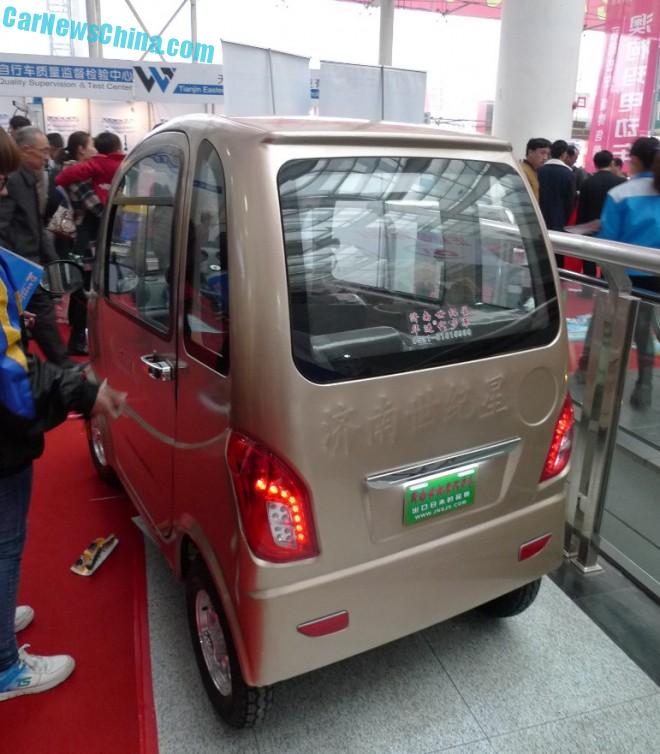 Less of a round thing than the M1 and even fitted with a body-integrated roof-spoiler for down force! Wheels look very tiny, but shiny. 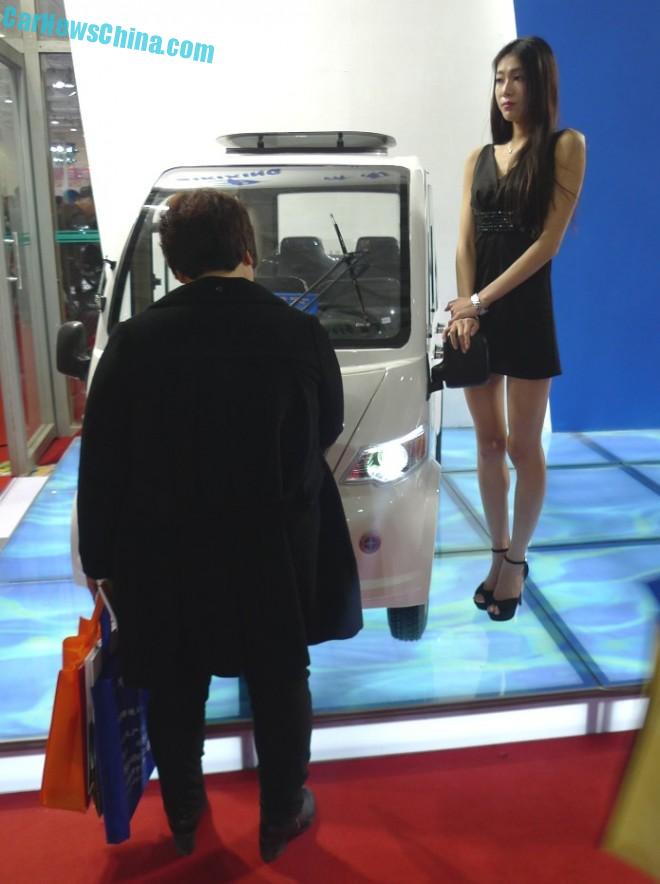 They had another M4, with a sunroof fitted, on stage. A granny was checking the spec sheet while a hot looking model looked on, looking bored to the max. How can someone possibly be bored on the 2015 Shandong EV Expo?!?