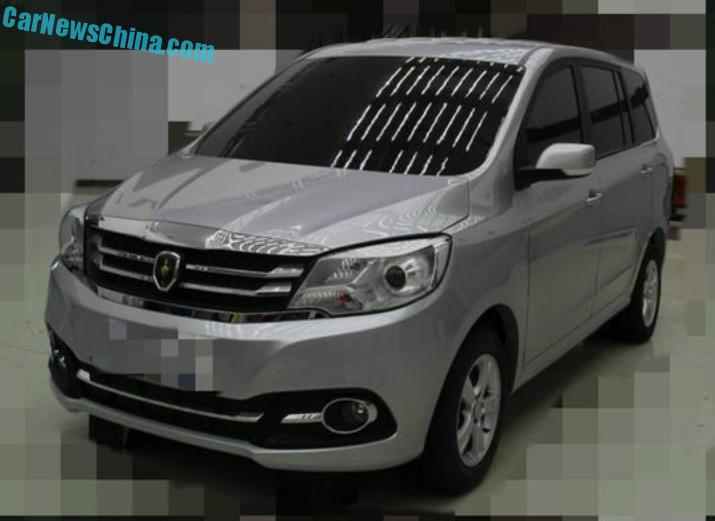 The first Spy Shots of the new Brilliance Jinbei 750 MPV, scheduled for debut on the 2015 Shanghai Auto Show with a launch on the Chinese market soon thereafter. The Jinbei 750 is a four-door seven-seat MPV featuring an impressive grille and wheels so small they are almost invisible.

Jinbei means ‘gold cup’, as in the cup a winner takes. Note logo on the steering wheel. Interior looks nice with better materials than we usually see from Jinbei. Center tunnel a bit messy in design with all sorts of up and down, platforms and holes. The 750 will be powered by a 1.5 liter four with 100 hp or a 1.5 turbo with 136hp, both mated to a five-speed manual or a five-speed automatic. Price is expected to start around 60.000 yuan or $9667. 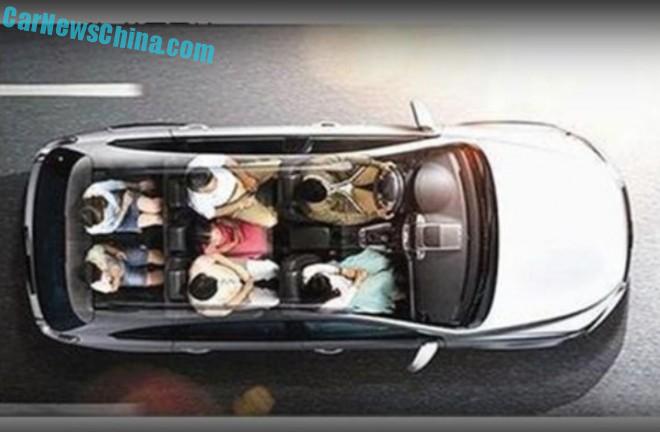 Seven-seat but only if three of the passengers are small children.