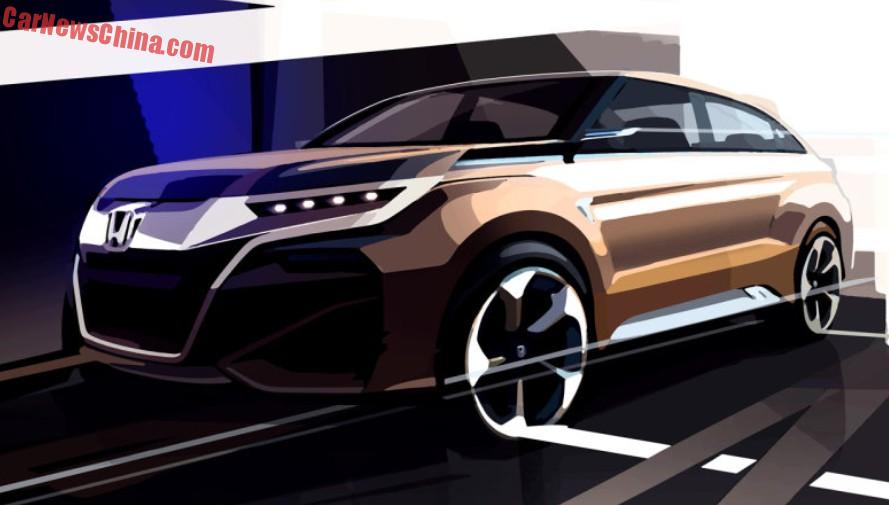 Honda has released a sketch of a new sporty crossover concept that will debut on the Shanghai Auto Show starting on April 20. The concept features an a gaping black grille topped by a heavy chromed bar, flanked by LED headlights.

The still nameless crossover will be manufactured in China exclusively for the Chinese auto market. The production version is scheduled to arrive in mid-2016, positioned just above the Honda CR-V. It is yet unknown where exactly the new car will be made.

Honda has two joint ventures in China; Dongfeng-Honda and Guangzhou-Honda, both of which are perfectly capable to make a crossover like this. It is also possible that each joint venture will make its own version of the vehicle, just like they are doing with the Honda XR-V and the Honda Vezel.