Jinbei means ‘gold cup’, as in the cup a winner takes. Jinbei is a division of Brilliance Automotive, which is also partner in the Brilliance-BMW joint venture, making BMW-branded cars for the Chinese market. 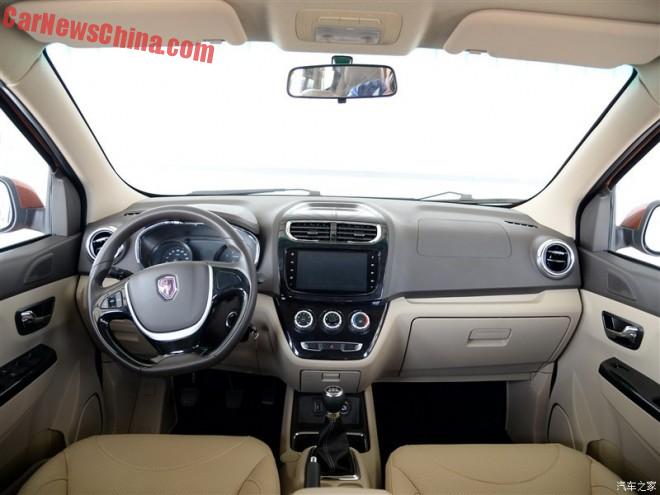 The interior looks surprisingly good for a car in this segment. The steering wheel especially looks almost luxurious. Large LCD screen and sporty dials. Air vents with a plastic-chrome edge. The Jinbei 750 is currently only available with one engine: a 1.5 liter four-cylinder petrol with an output of 112hp and 147nm, mated to a five-speed manual. A 136hp 1.5 turbo will be launched later. 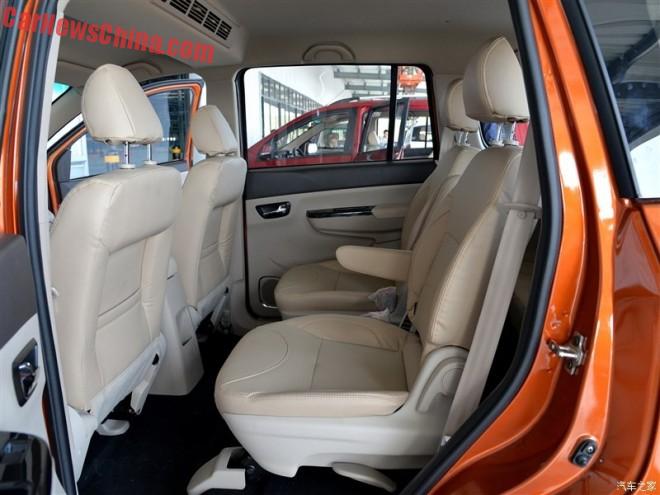 The Jinbei 750 is a seven-seat MPV with a 2+2+3 configuration. This kind of small and medium sized MPV’s are becoming very popular in China, as more and more car buyers prefer the space and versatility of an MPV over a similarly priced sedan or SUV. Size: 4515/1750/1795, wheelbase is 1760. 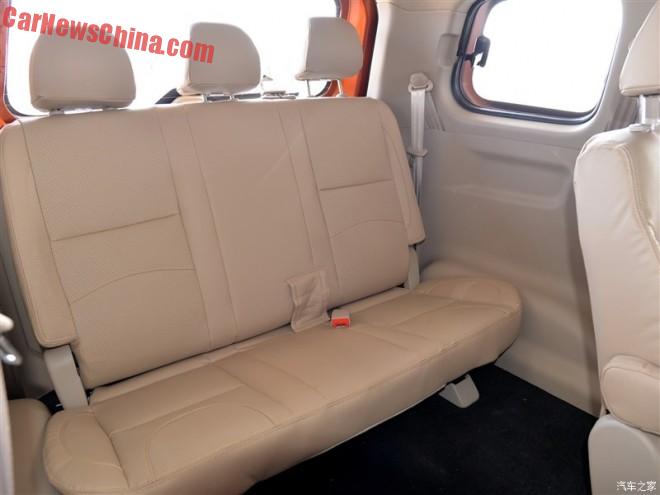 Enough space for three adults, if their legs are not too long, and if nobody is carrying any luggage. 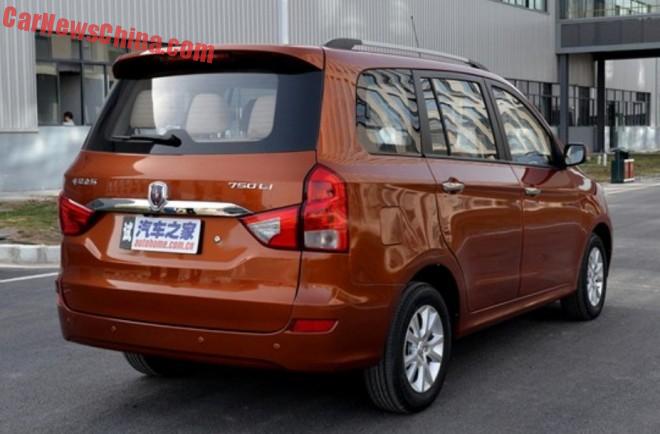 Big chrome strip connecting the fuzzy taillights. Roof rack perfectly functional. Small wheels are a typical Chinese way of bringing fuel consumption down, without caring much about safety or looks. 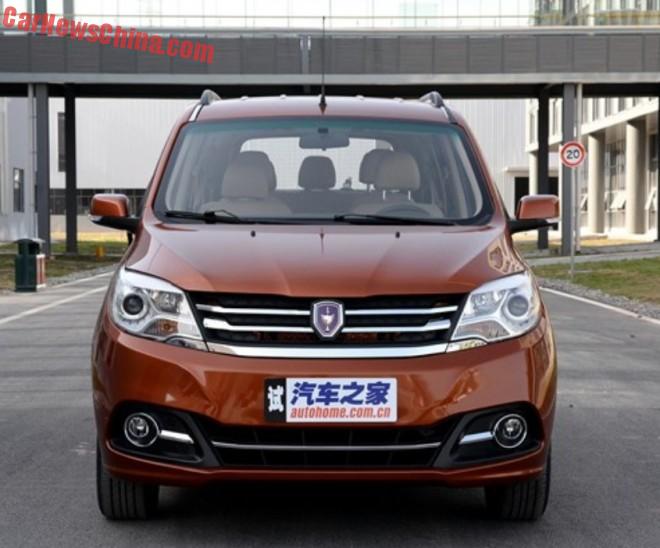 The Jinbei golden cup badge proudly on the shiny grille. 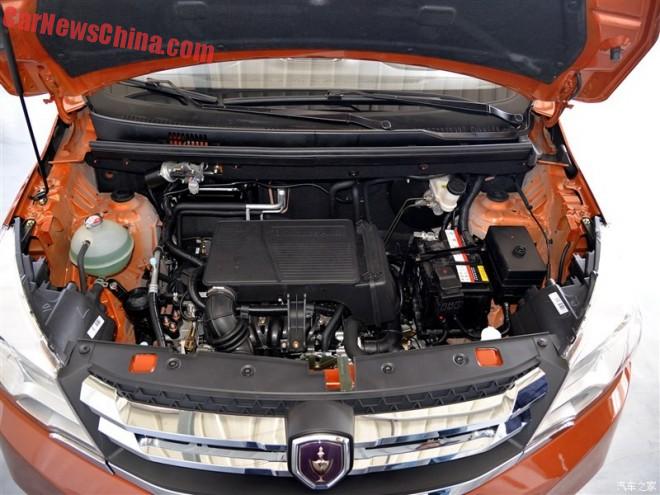 The 1.5. More than enough space there for a much bigger engine. 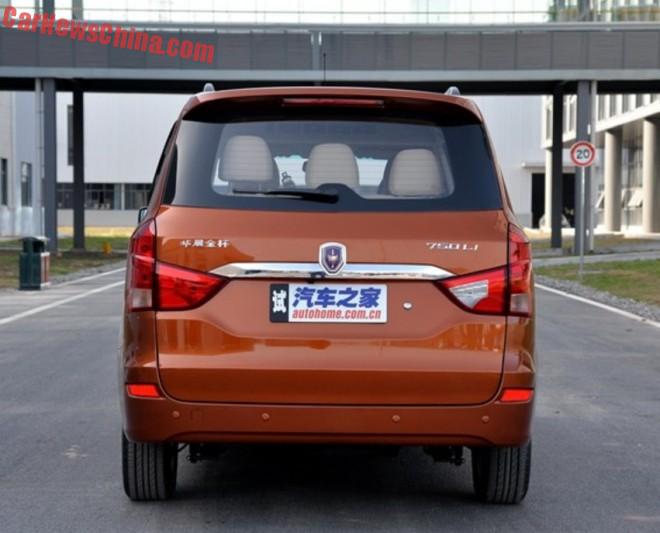 Let’s have a better look now at that badge on the right. 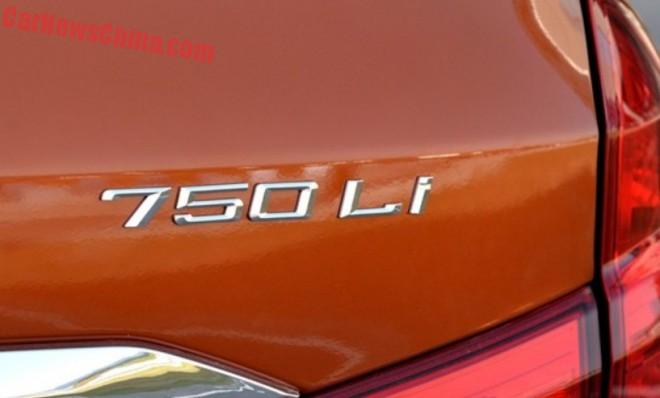 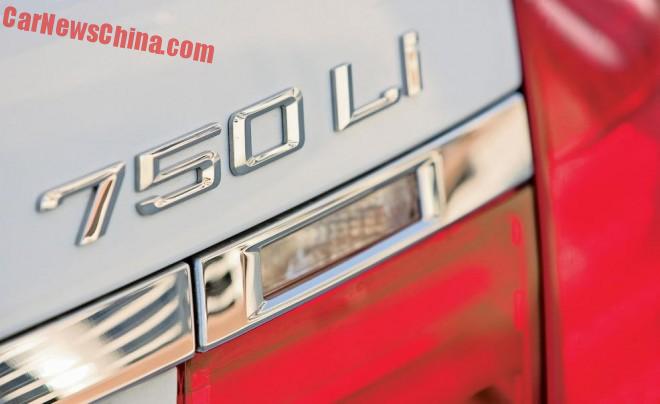