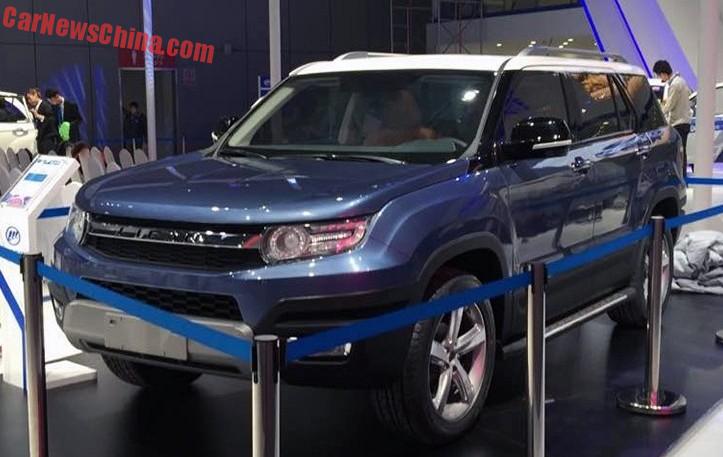 The first live shots of the new Lifan X70 SUV concept, seen in the expo hall of the 2015 Shanghai Auto Show where it will officially debut tomorrow. The Lifan X70 previews a new mid-size SUV, featuring a rather daring design with some Toyota FJ Cruiser influences here and there.

Wide wheel arches, wheels of the right size, a white roof with a big rack, and fashionably small taillights. The production version of the Lifan X70 will be launched in the first half of 2016, powered by 1.8 turbo and 2.0 turbo four-cylinder petrol engines. Price will start around 140.000 yuan and end around 180.000 yuan, positioning the X70 just under the upcoming Lifan X80.