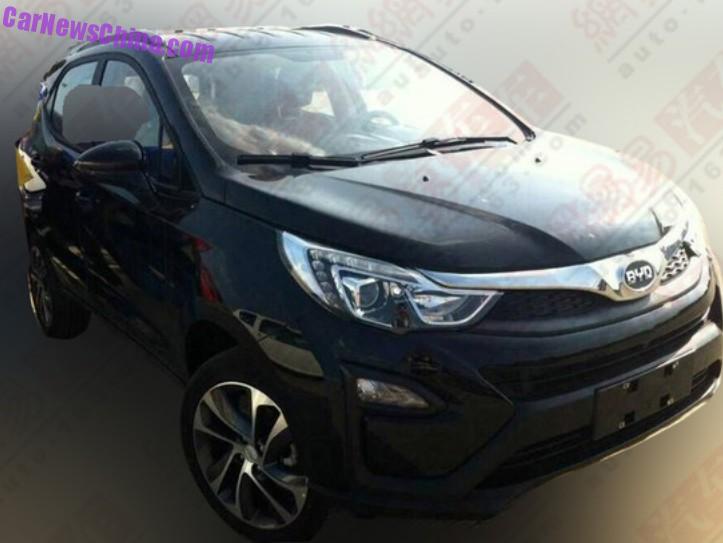 The best Spy Shots so far of the BYD S1, a new sub-compact SUV that will be launched on the Chinese car market just before the end of this year. Price will start just above 50.000 rmb and and around 70.000 rmb. The hybrid variant of the BYD S1 will be marketed as a separate car called ‘BYD Yuan’.

Trendy design with quite some elements borrowed from the Ford Ecosport. Spare wheel on the back for that freedom feeling.

The BYD S1 will be available with two four-cylinder petrol engines: a 1.5 mated to a five-speed manual or a six-speed automatic, and a 1.5 turbo mated to a six-speed DCT.

Size wise the S1 is very Ecosport-ish too: 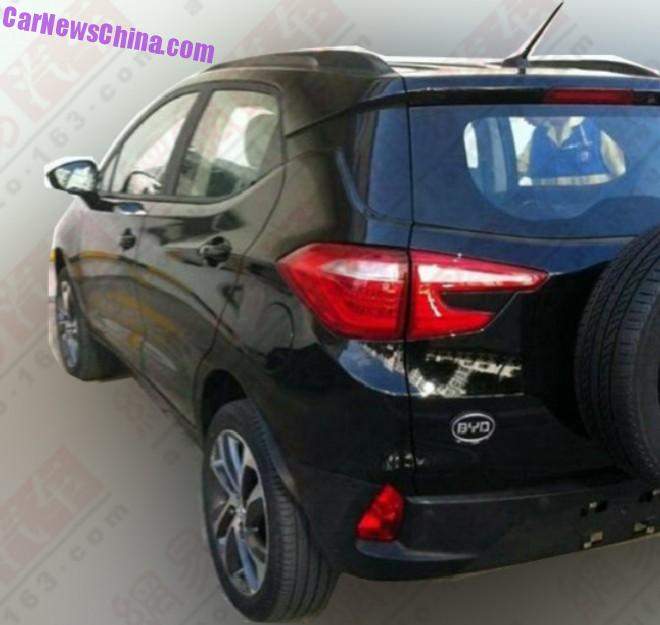 BYD continues to fit the biggest taillights they can, while the latest trends in China auto land are clearly moving to smaller units. Big BYD badge as well. 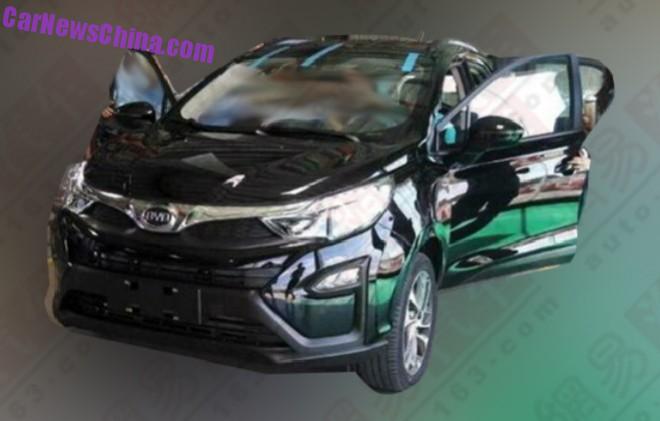 There is a lot happening at the front with lines going all over the place. Large headlights with sharp corners, even sharper fog lights, and subtle use of chrome in the grille. 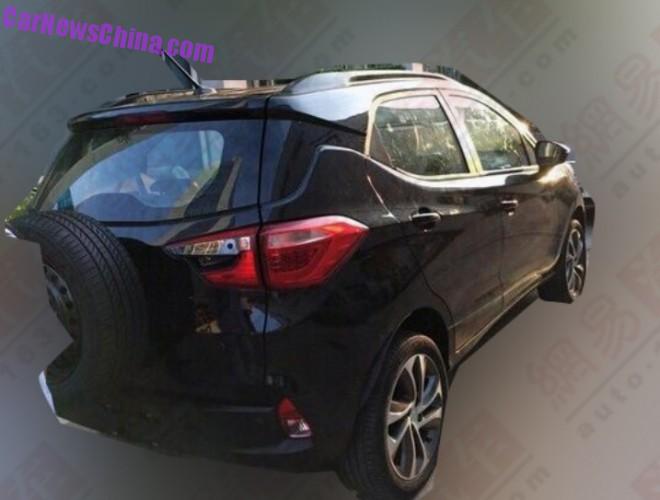