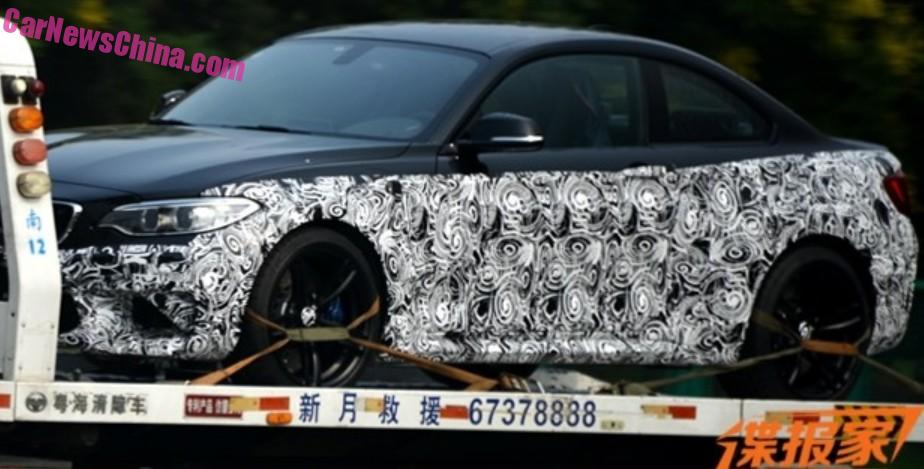 Sensational Spy Shots showing a brand new 2016 BMW M2 coupe on a flatbed truck in China, likely on transport to a test site. The Chinese market is the largest worldwide for the M-division, so BMW wants to make sure the new M behaves well on local roads.

The M2 appears to be a very aggressive looking car, especially in this dark black color, seconded by a spoiler in the boot lid, darkened windows, a shark fin antenna, black five-spoke alloys, and super wide tires. The BMW M2 will have its worldwide debut in October, with a debut in China scheduled for the Guangzhou Auto Show in December. 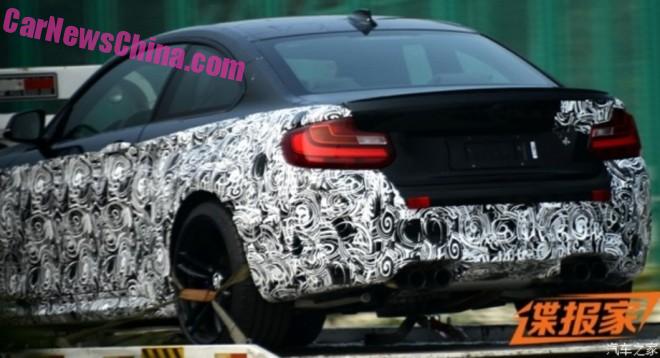 Two twin-exhaust pipes. The BMW M2 will be powered by a turbocharged 3.0 liter six-in-line with output of 365hp and 465nm, sending horses to the rear wheels via a seven-speed dual-clutch transmission. The engine will propel the M2 from zero to a hundred in 4.5 seconds.

Presently, the strongest 2-Series coupe is the M235i, powered by the same base engine but with a lower output of 322hp and 450nm.