Nissan Lannia debuts at the 2015 Chengdu Auto Show in China 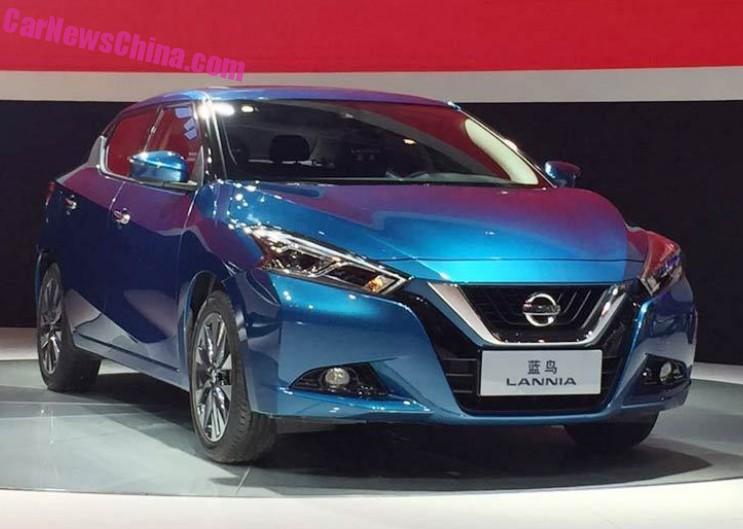 The Lannia was designed by the Nissan China Design Center (NDC) and the Nissan Global Design Center (NGDC). It will be manufactured in China by the long-running Dongfeng-Nissan joint venture that makes a wide range of Nissan-branded cars for the Chinese car market. 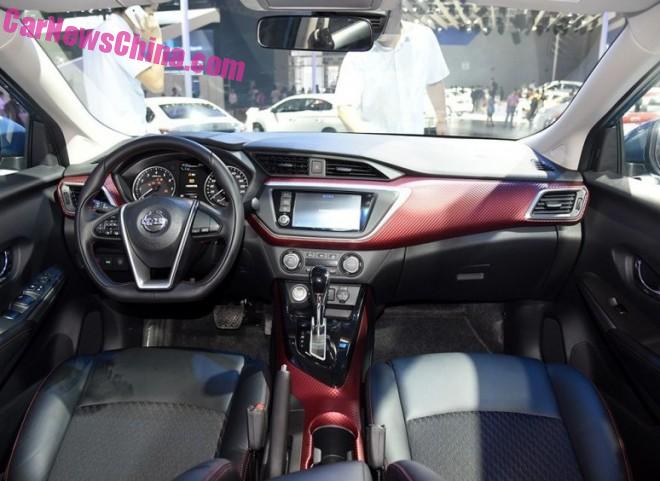 Hip interior with red over black in a blue car. Flat bottomed steering wheel for that speedy commuting feeling. Traditional handbrake a bit too 2012. Screen of the infotainment system is just big enough. 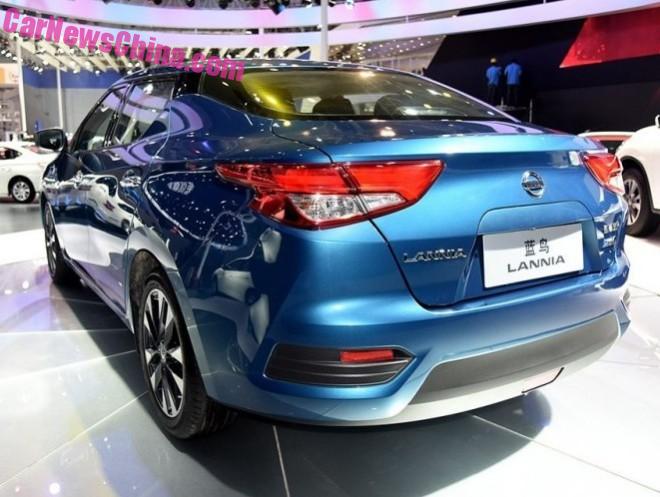 It is no hatchback. It is no sedan. It is the Lannia. A polarizing and daring design, that should be applauded, but sales will likely suffer because of it.