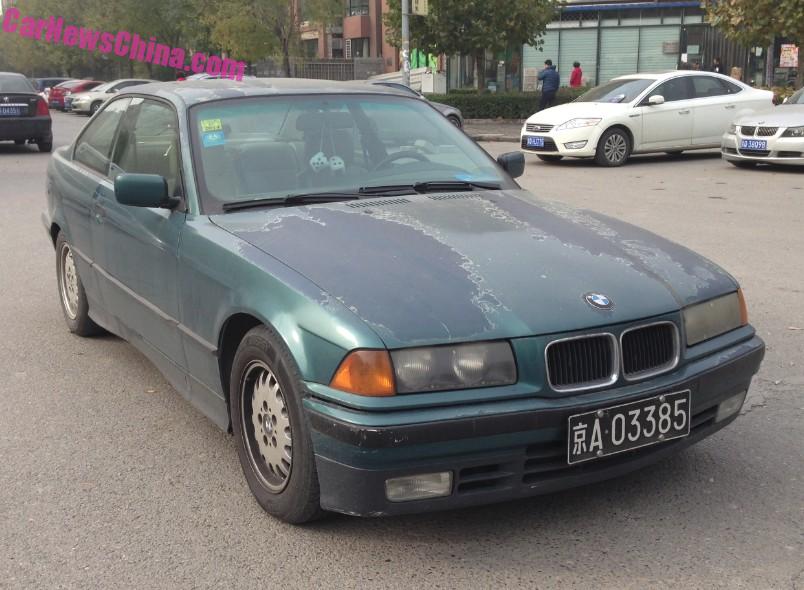 A rare E36 BMW 325is Coupe, Spotted in China in the Dongba area in the far eastern suburbs of Beijing. The good 3 was painted in green and in reasonable shape. The paint on the bonnet, roof, and boot lid was heavily damaged, likely caused by bad Bimmer-hating weather. 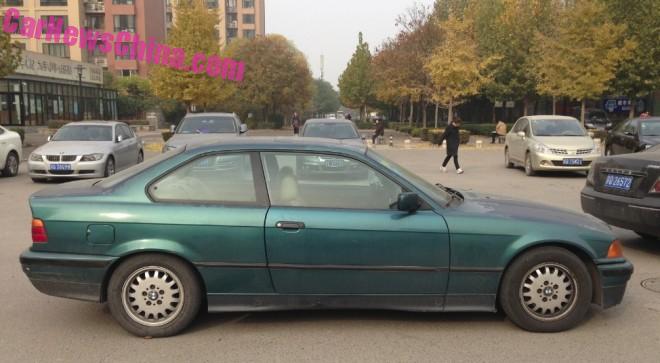 Otherwise she looked all right. Completely original up until the alloys, and nothing was missing or broken. A professional clean-up will probably do miracles to this great green car.

The E36 325is Coupe is very rare and was only available in North America from 1992 until 1995. It was a somewhat sporty special developed to fill in the gap between the regular 325i and the manic M3. Normally, filling that gap was the job for the 328i, but that car wasn’t available in the U.S. until 1996. 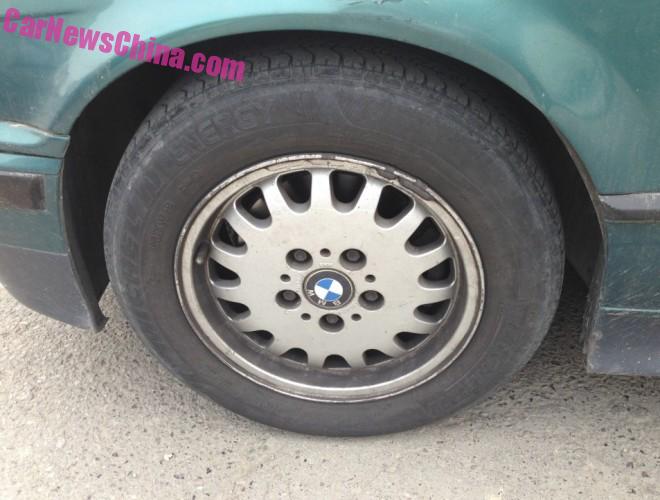 Beautiful period alloys in good shape, but they too need to be cleaned up. 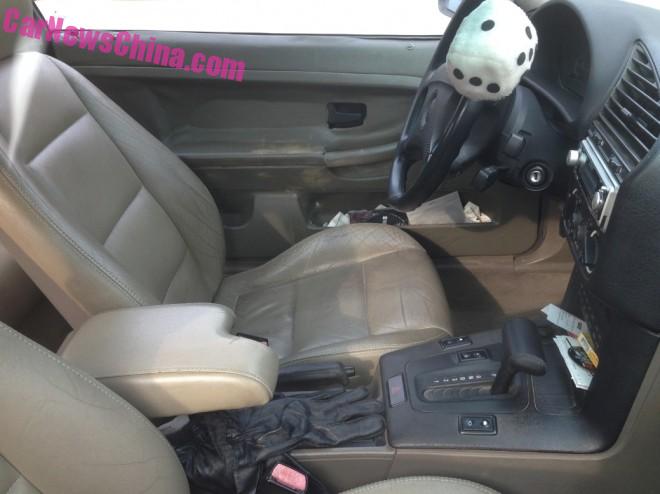 The interior was sadly in a sorry shape. The seats are very worn out and the whole place looks very dirty. Radio is a cheap Chinese after-market example, but the original optional arm rest is very cool. 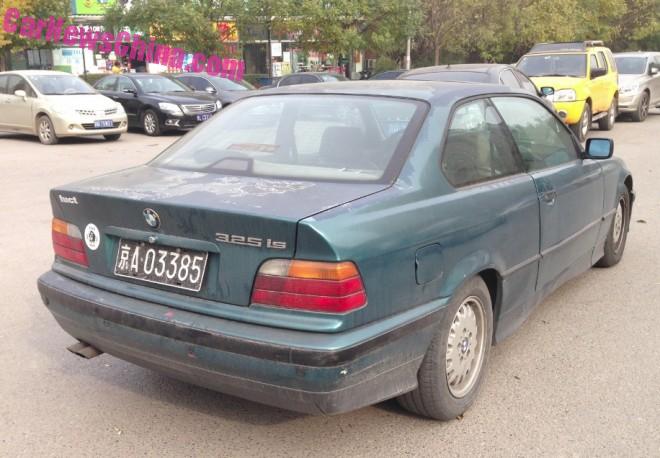 The E36 3-Series was never sold in China so seeing one on the road in a rare pleasure. This particular car has black license plates indicating it once belonged to a foreign-owned company, likely with U.S. employees, which were allowed to import their own cars in the 1980’s and 1990’s. 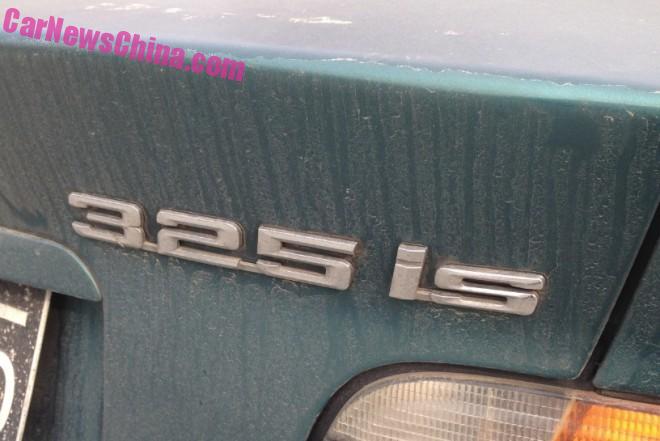 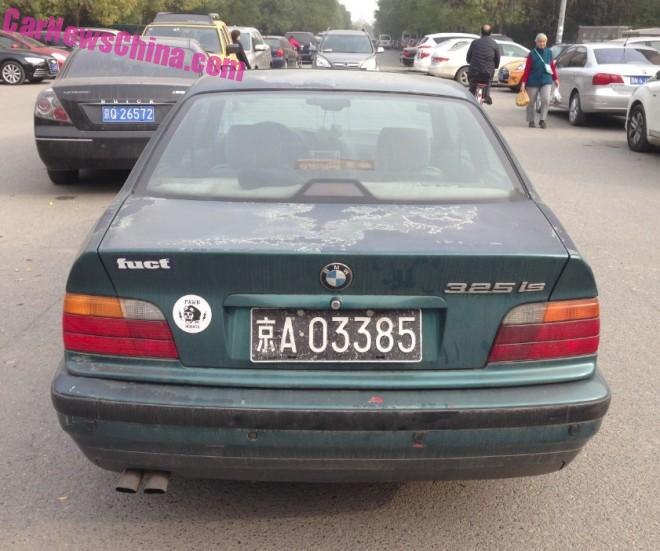 Two rusty pipes on the left. And fuct you. 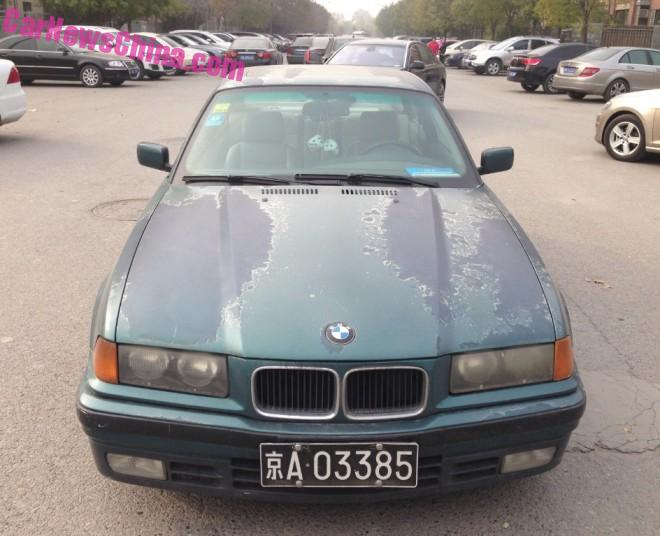 The car is still in very active use. I have seen it all over the compound, driven by a middle aged Chinese man. However, the last insurance and inspection date back to 2014, as proven by the stickers on the left-top side of the windscreen. Our middle aged man better drive carefully.

As you can see the BMW is parked here exactly on the middle of a street, with many others behind it. This is normal practice in the compound where I live. Residents find the price for the underground parking too steep and put their cars on the street, but there isn’t enough space on the sides so they put their cars in the middle. This road is a public road, with sections of the compound on each side.

A lot of accidents have happened and will happen, mostly involving broken mirrors and bumpers, and angry citizens who can’t get their cars out. Complaining doesn’t help. The compound’s management points at the police because it is a public road, but the police points at the management because the road goes through the compound and all the cars are owned by residents living in the compound. 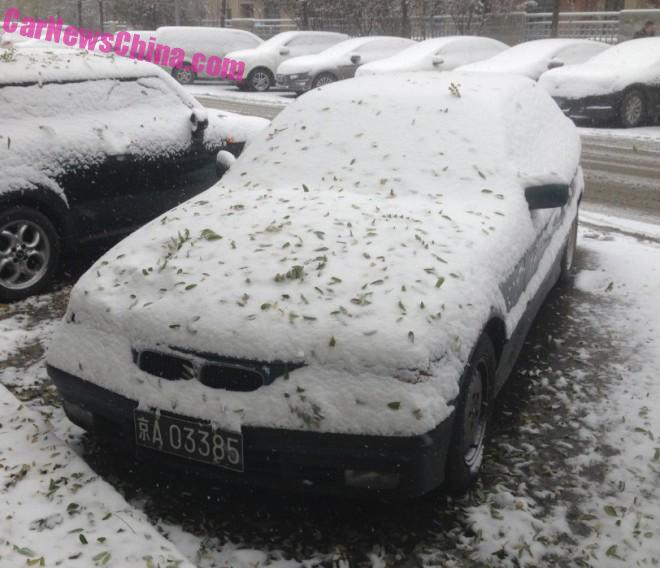 The 325is a few weeks later, after some fresh November snow. I haven’t seen the car for a while now, I hope she survived…