This is the Geely Boyue SUV for China 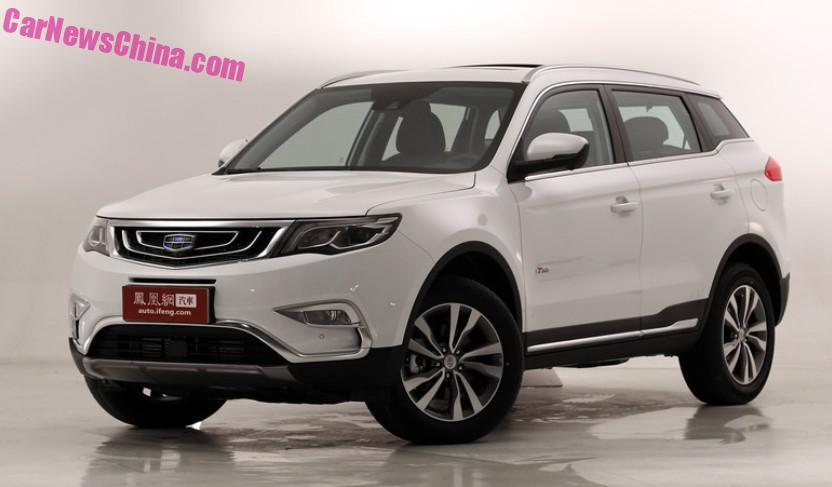 The naming might be messy in true Geely style, but the car itself shows a clean design that some might even call pretty. It has a nice stance, a trendy black D-pillar for the floating roof idea, a kinky kink in the bodywork just behind the C, and sleek taillights that almost hit the fuel cap here. Lesser points are the black strip-with-chrome on the doors and the tiny wheels.

The odd spot on the front door is actually an engine badge. Strange badge, and a strange place to put it. The badge refers to the one and only engine that will be available in the Boyue at launch: a 1.8 liter Direct Injection (Di) turbo petrol with 184hp and 285nm, mated to a six-speed automatic or a five-speed manual, sending power to all four wheels. The five-speed manual is a surprise, a six-speed was widely expected.

Later on a 160hp version of the 1.8 turbo and a 140hp 2.0 will join the line-up. These models will be front-wheel drive. And further in the future there will be a hybrid, based around the 1.8 turbo. 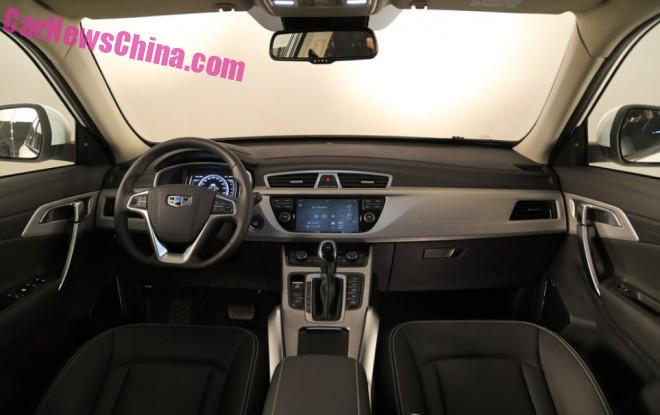 The interior looks great and is easily Geely’s best so far, and probably one of the best ever from a local Chinese brand. Design is cohesive, it all seems to fit together very well, the materials are very good and matching, and there is a lot of high tech on board. 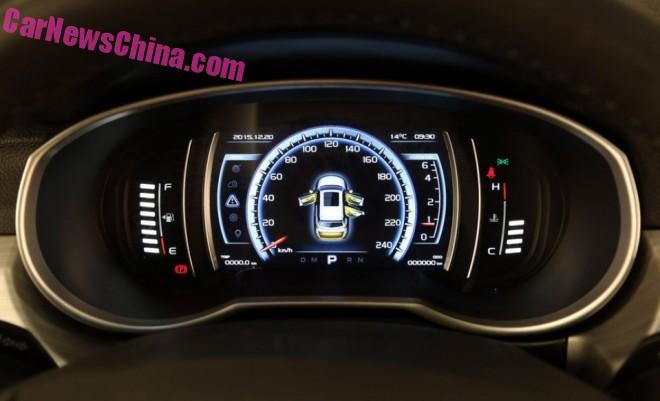 The instrument panel is completely digital with great graphics. The font that is used for the numbers is very 1980’s Volvo-style. Volvo of course is owned by Geely today, so that is all cool. Check: 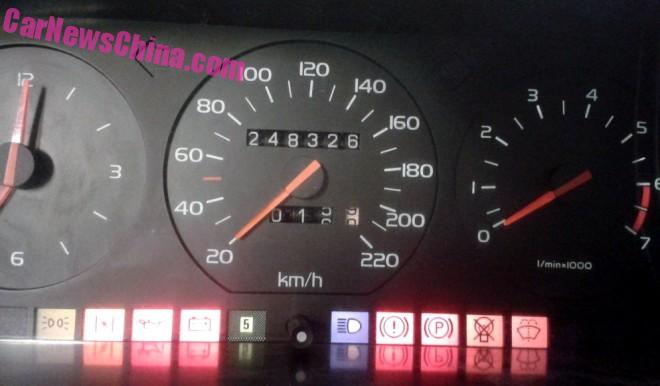 1988 Volvo 740 GLE (via). The font for the numbers is exactly the same. Check especially the zero’s, the two’s, fours, and the sixes. It is very nice of Geely to keep this fine old font alive! 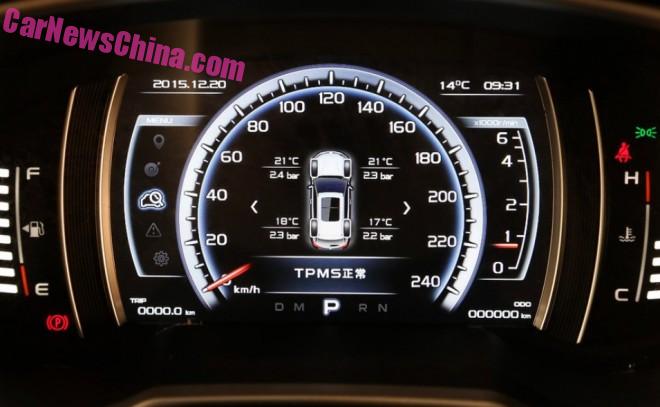 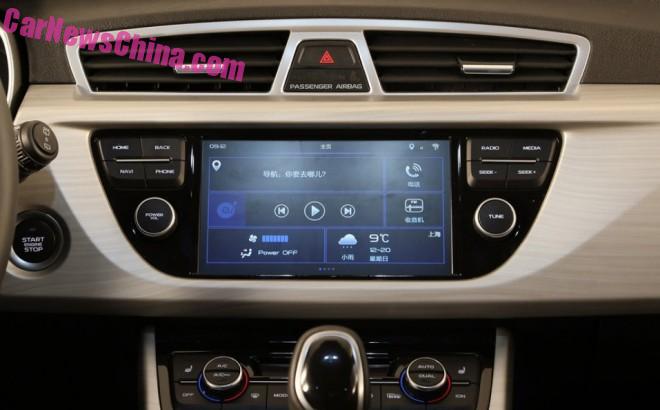 Moving on to the center console, with that strange passenger airbag warning light between the air vents, which otherwise look great. Large touch screen in the middle, supplemented by s surprisingly large number of buttons. 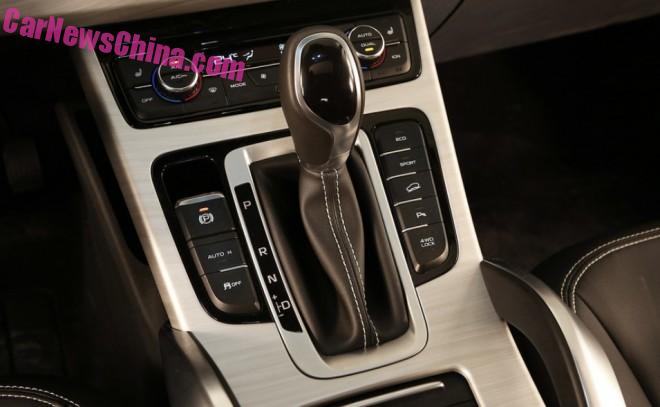 The gear lever with a trendy knob. Buttons to the left: parking brake, auto hold, and esp off. To the right: Eco mode, Sport mode, hill-descend, auto-park, and 4wd lock. 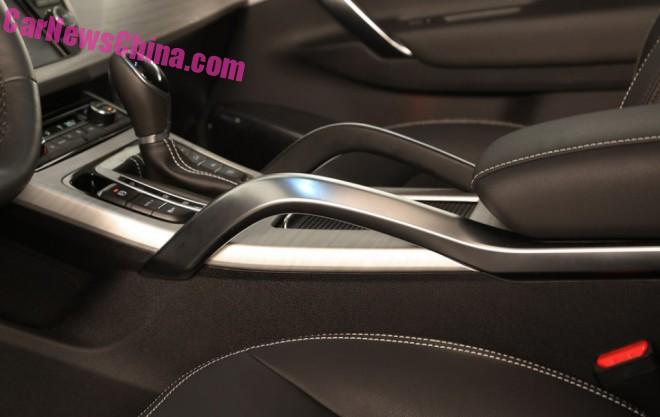 The handlebars are brilliant. But not everything is. We have been looking with great wonder at the big black holes on the sides of the center console on the spy shots. When Geely released the first official photos of the interior the holes were conveniently blurred. Now, finally, we can see what the big black holes really are: they are big holes. It is the ugliest part of the interior design. 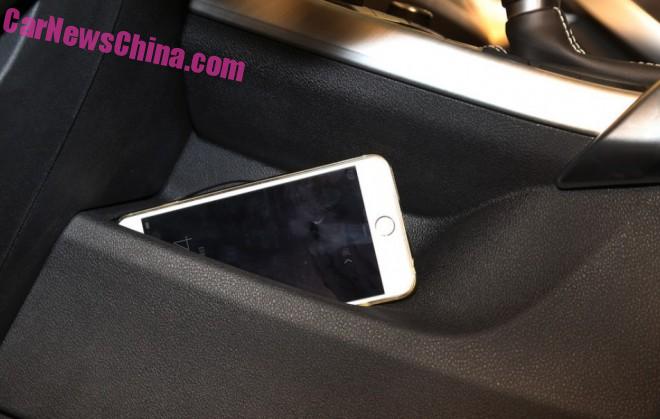 It can be used to store stuff but it clearly isn’t shaped for storage, it in fact doesn’t seem to be intended for storage at all. The phone will fall out immediately when the car starts to drive. Another odd. 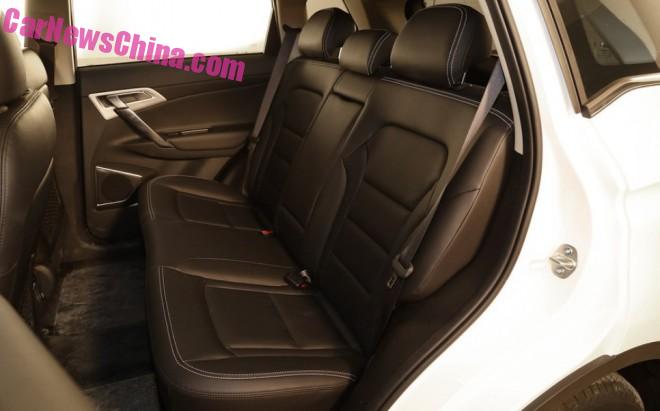 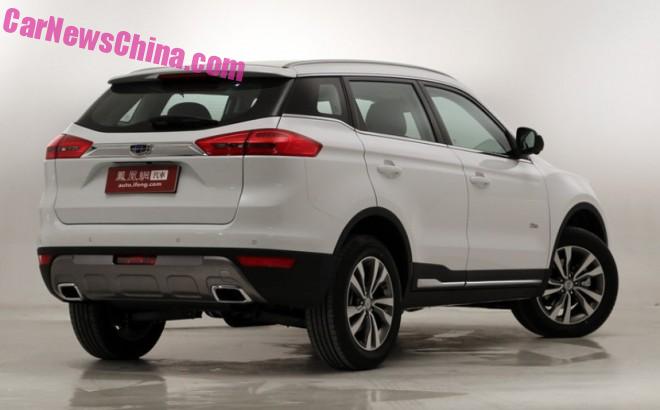 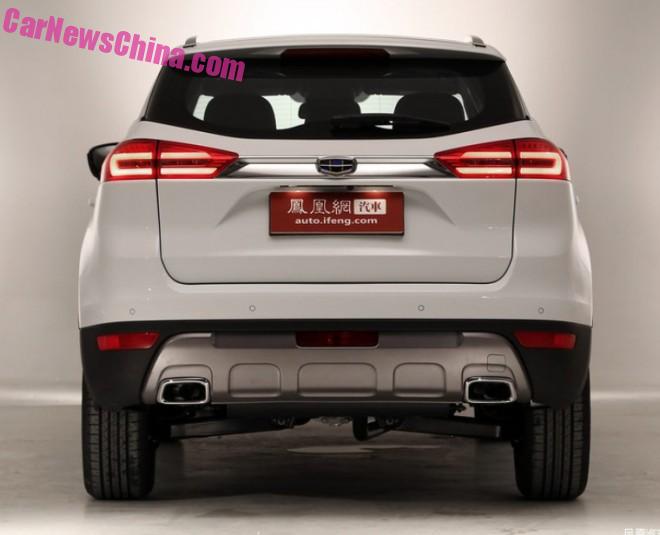 But not everything is. The suspension and exhaust pipe are far too visible from the rear, making for a very ungainly view. We are seeing that a lot on recent Chinese SUV’s, and that indeed is what you get when you use a standard platform to build an SUV on. They basically just jacked up the suspension a bit, and job done. This is also the reason for tiny looking tires. Bigger ones won’t fit! 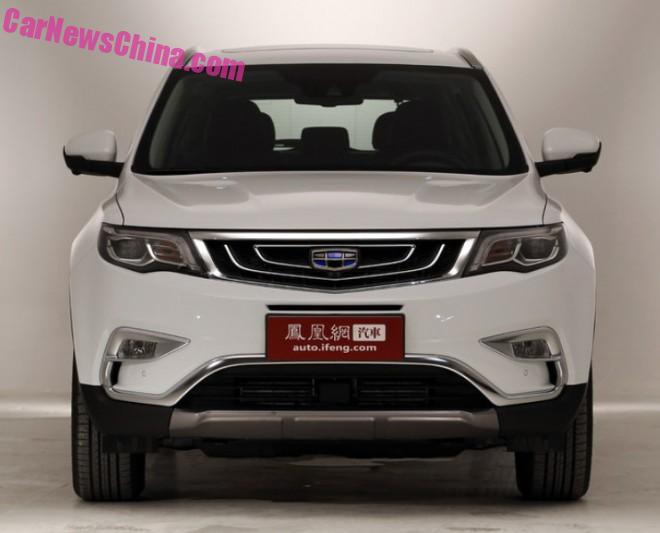 The grille and lights look great, but the bumper is messed up with the chromed ‘mustache’ handlebar. 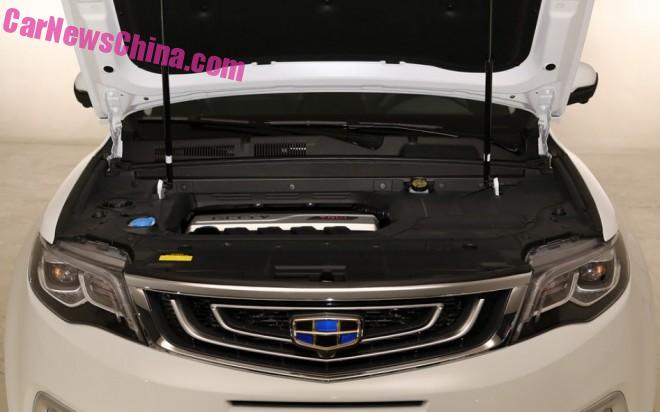 The engine bay is completely clean, best one we have seen on a Chinese car so far. No wires, no tubes, and no oily things. 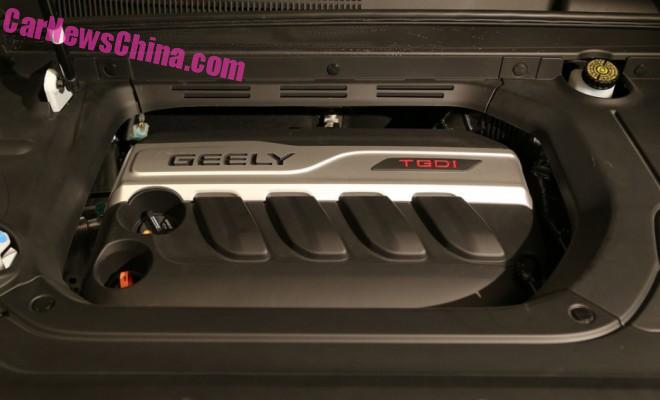 The actual block seems very small in a that sea of black plastic. 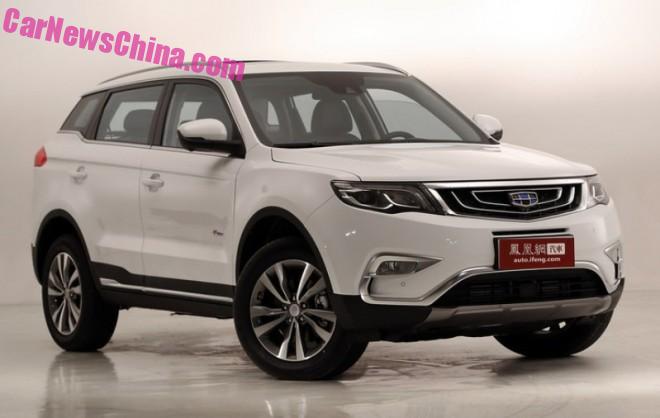 Counting all the odds and all the goods leaves a fine looking car with interesting tech and a nice engine. We expect the Boyue to sell like hot rice, if the price is right.