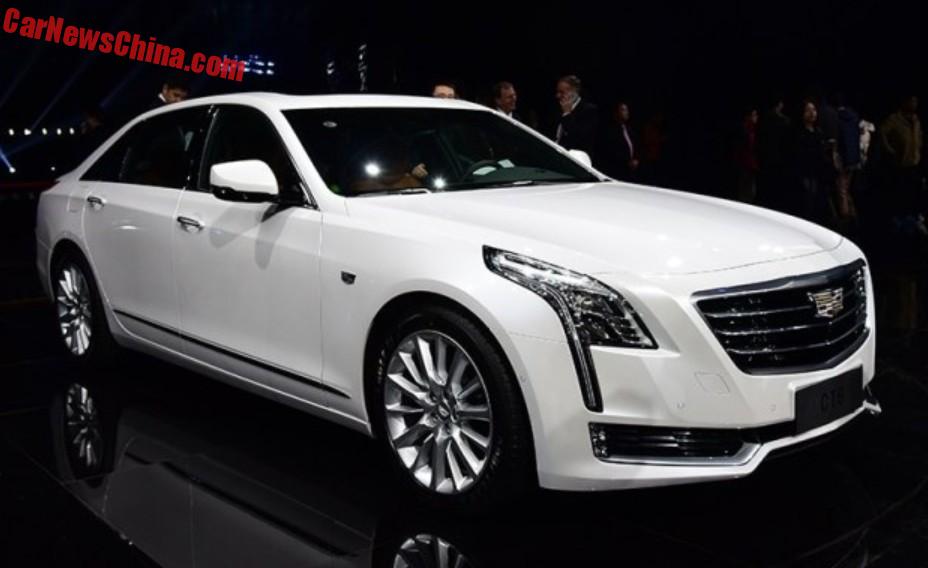 The Cadillac CT6 sedan has been launched on the Chinese car market, even before it goes on sale in the United States, underscoring the importance of China for GM’s flagship Cadillac brand. Price starts at 439.900 yuan and ends at 818.800 yuan, that is 66.860 to 124.460 US dollar. This price pitches the CT6 straight up against the high-end variants of the China-made Audi A6L, BMW 5-Series L, and the Mercedes-Benz E-Class L.

There are two variants available:

Will she sell? Well, she is somewhat oddly positioned. It cannot compete with the whole range of the closest competitors, but only with the top end. But it is bigger than each of those competitors, which could be attractive for China where bigger is still better. The engines are good, the interior is luxurious, and the tech high, at least until the new E-Class arrives. 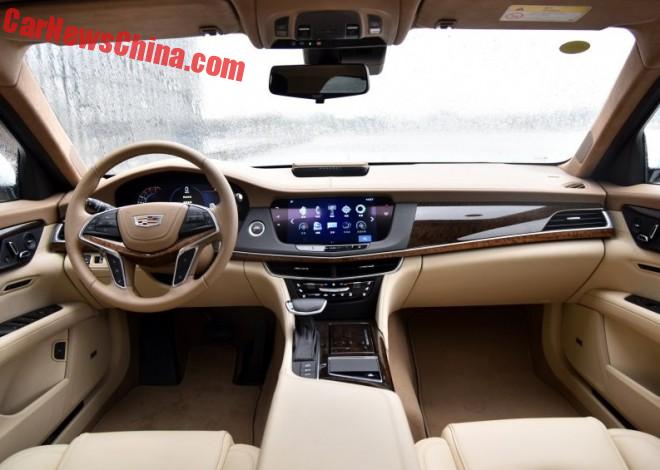 A very classy interior with loads of beige leather and rose-colored wood. Steering wheel with wood inlay and a large Cadillac logo. The CT6 is equipped with a 34-speaker Bose Panary sound system, with the mean speaker located on top of the dash above the center console. 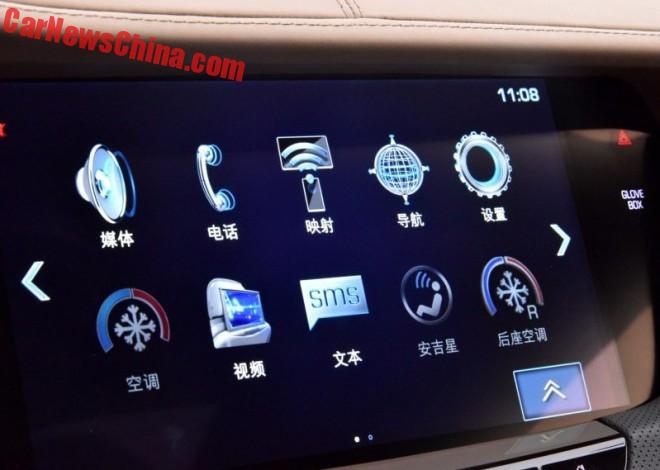 The LCD screen for the infotainment system is 10.2 inch in diameter. It is connected with the outside world with permanent 4G internet. Apple CarPlay is standard.

Oddly, it isn’t all touch. The volume is the fancy speakers is controlled with an old fashioned button right under the screen. 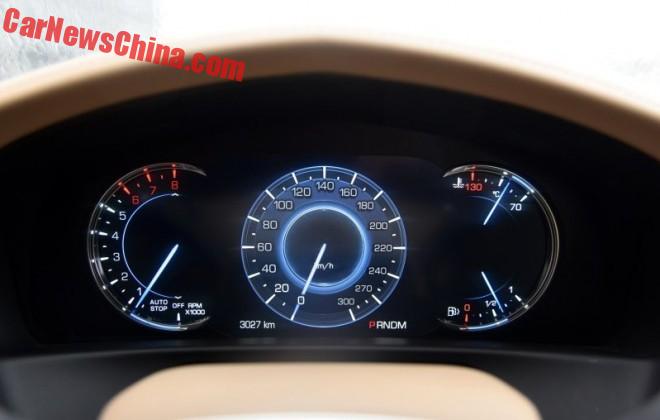 Dials are part digital part analogue. And it can do this: 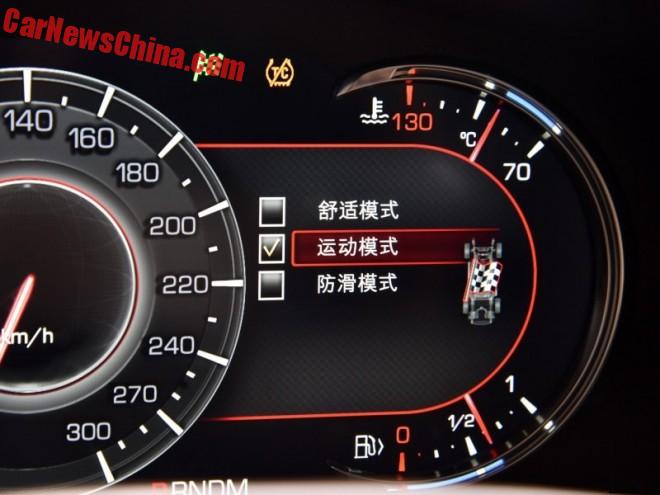 Showing the settings for the suspension, here in sport, with a trendy graphic showing a chassis with a checkered flag. 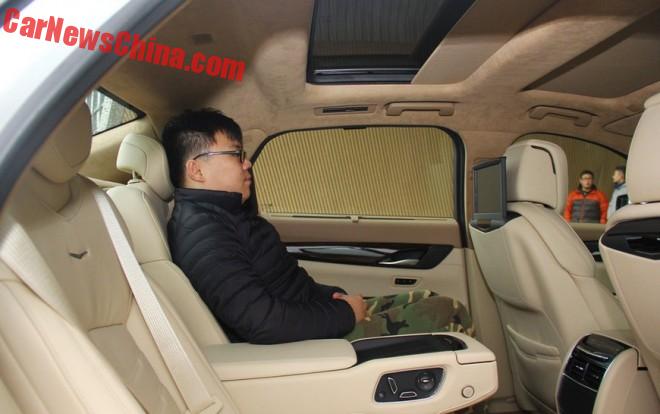 The front is remarkable with the ‘crying eye’ headlights, a heavily chromed grille, a giant Cadillac logo, and tiny tiny LED lights in the bumper. 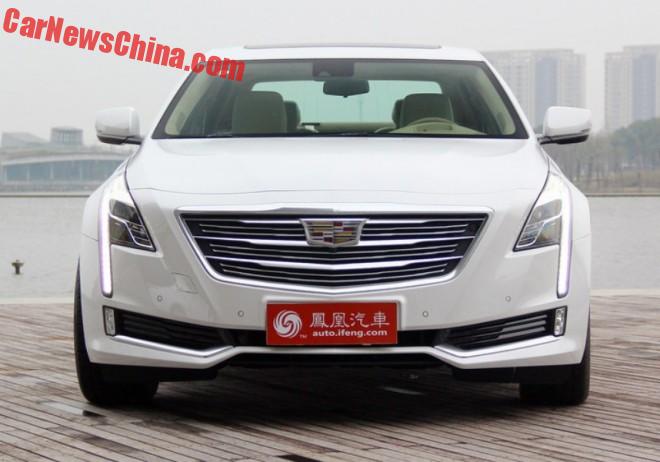 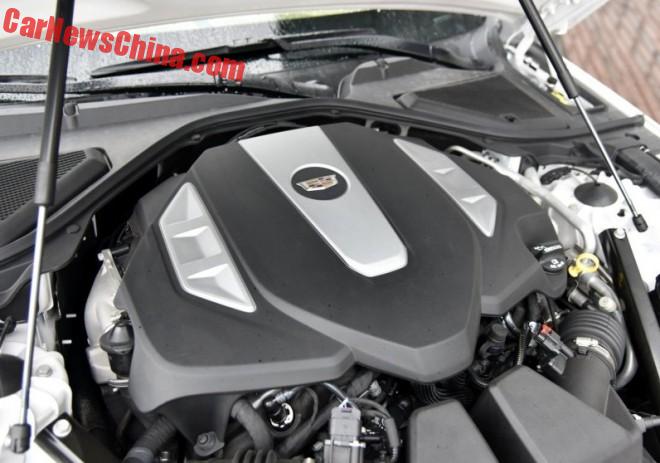 The 3.0 twin-turbo V6. Bit messy under the bonnet, with a only partially covered engine bay and loads of hoses and wires going everywhere. 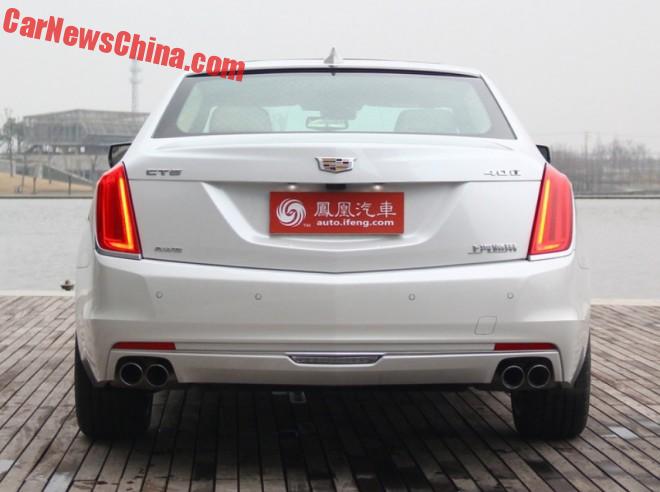 The rear does not excite, but the lights are nice.