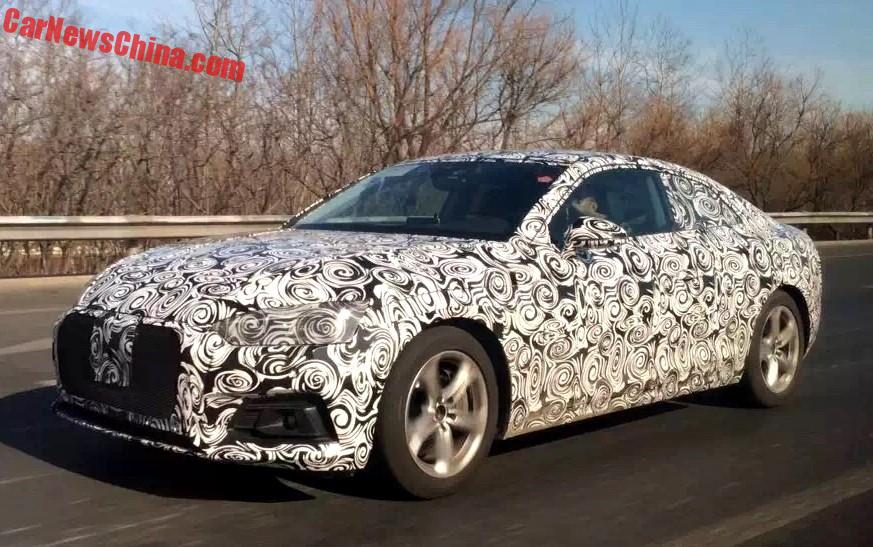 Spy Shots showing the all new Audi A5 coupe testing in China. The new A5 coupe will be launched in early 2017. China is one of the most important markets for Audi, so they want to make very sure their new coupe behaves well on Chinese roads.

The new A5 coupe will be based on the same platform as the Audi A4. It will be bigger and lighter than the current A5 coupe, which was born all the way back in 2007. Power will come from various turbocharged 1.8 and 2.0 engines, and there will be diesels and a hybrid too. Pea on the pie will be the new twin-turbocharged V6 for the RS model which will deliver some 500hp. The old V8 is out. 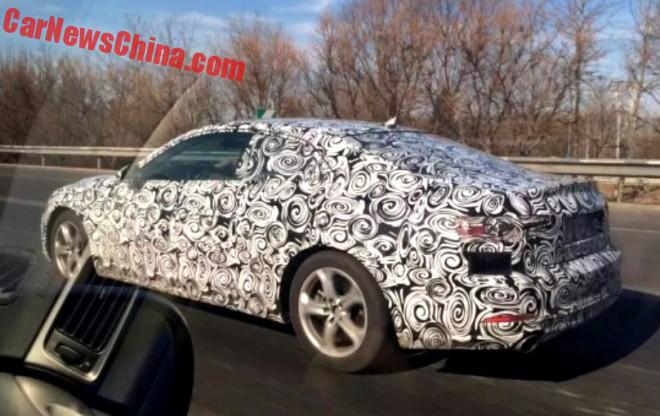 Longer wheelbase easy to discern. Shark fin antenna. Spoiler on the boot lid. Two big round exhaust pipes. Interior of the A5 coupe will be similar to the new TT with Audi’s Virtual Cockpit instrument panels. 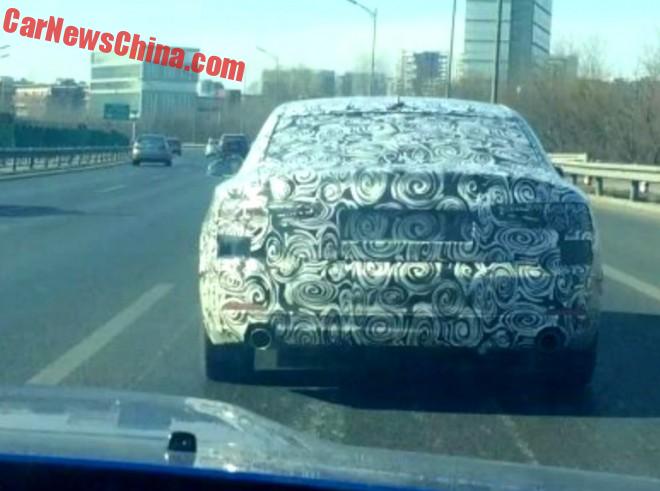 Taillights shaped sleek but still rather big. The A5 coupe will be followed by the A5 convertible and the A5 Sportback, all set to launch in 2017.