This is the 2017 Mercedes-Benz E-Class L for China 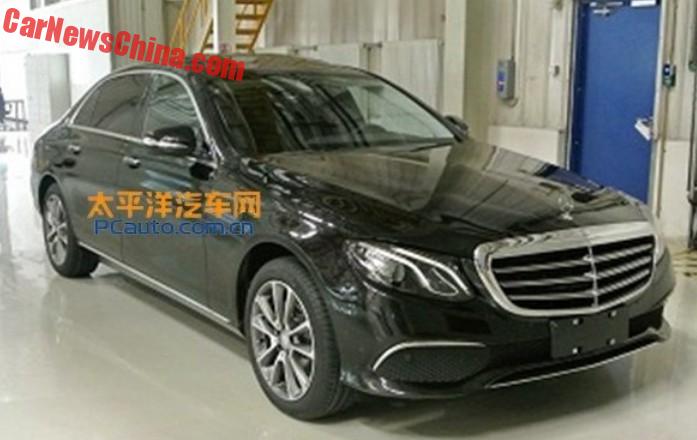 The first Spy Shots showing the 2017 Mercedes-Benz E-Class L completely naked in China. The E-Class L is the China-only long-wheelbase version of the 2017 E-Class. It will debut on the Beijing Auto Show in April and launch on the Chinese car market in the second half of the year.

The E-Class L will be manufactured in China by the long-running Beijing-Benz joint venture. Price will range from 400.000 to 600.000 yuan. 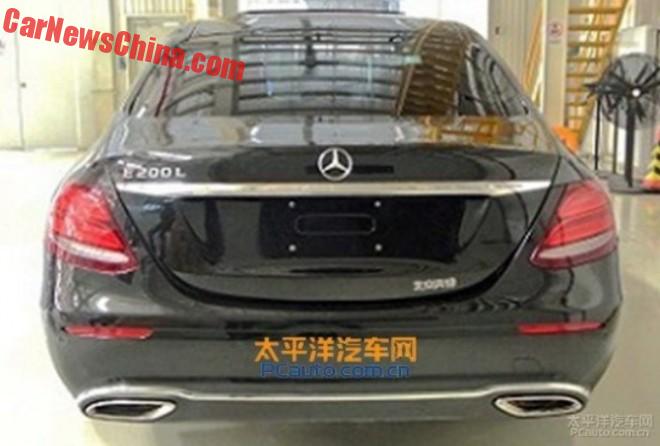 The Beijing-Benz badge is oddly located on the bottom of the boot lid, instead of on the far right of the top. Very strange. The badge isn’t even straight, it is moving along with the rounded edge. Thick chrome bar between lights almost touches the star. 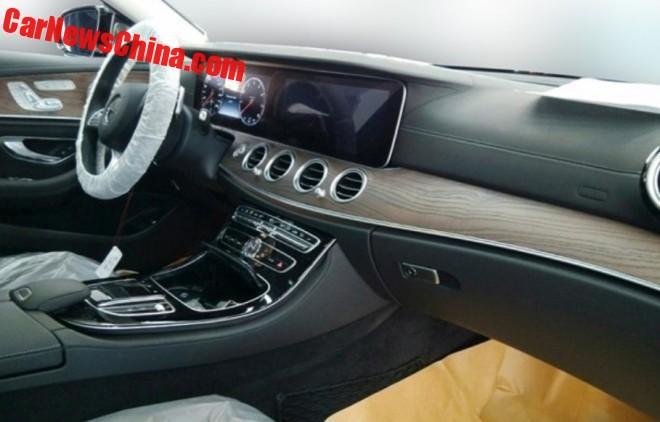 The steering wheel seems different from the European version. The E-Class L also gets a few extra luxury goodies including a ’64 color ambient lighting’ system in the ceiling, an NFC enabled smartphone integration system, and a Burmester 23-speaker 3D-surround sound system.

We expect to see much more E-Class L very soon…