New Spy Shots of the Chery T15 SUV for China 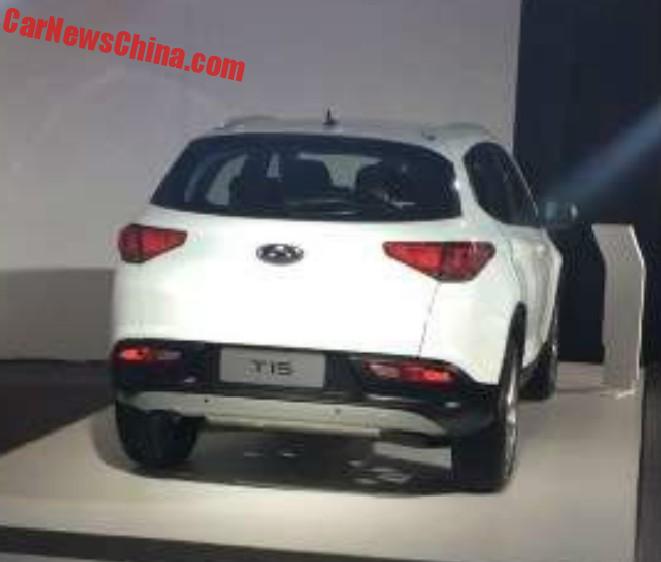 New Spy Shots of a the Chery T15 SUV for China. One white car was seen in what seems to be a presentation for dealers at the factory. The Chery T15 is the production version of the 2012 Chery TX concept car. It will debut in April on the Beijing Auto Show and launch on the Chinese car market soon thereafter.

T15 is a code name. The real name will likely be ‘Chery Tiggo 7’, positioning it above the current Tiggo 5. The T15/Tiggo7 will be powered by 1.5 liter and 2.0 petrol engines, mated to a six-speed manual or a six-speed automatic. Price will start around 130.000 and end around 170.000 yuan, making it the most expensive Chery SUV so far. 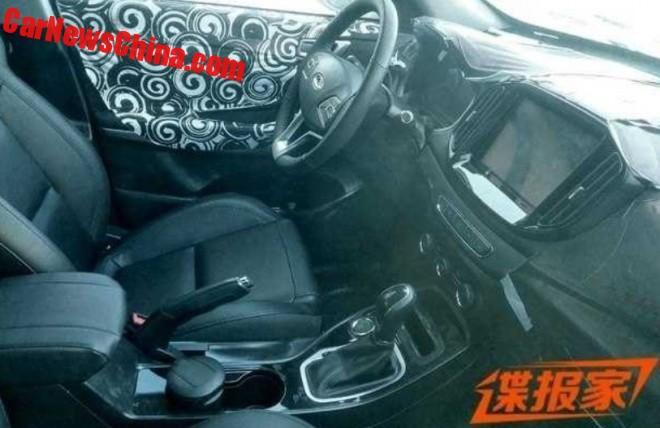 A very dark interior with a decent-sized touch screen for the infotainment. Some shiny bits for a bit of happy, old fashioned non-electronic handbrake, and sporty leather seats. 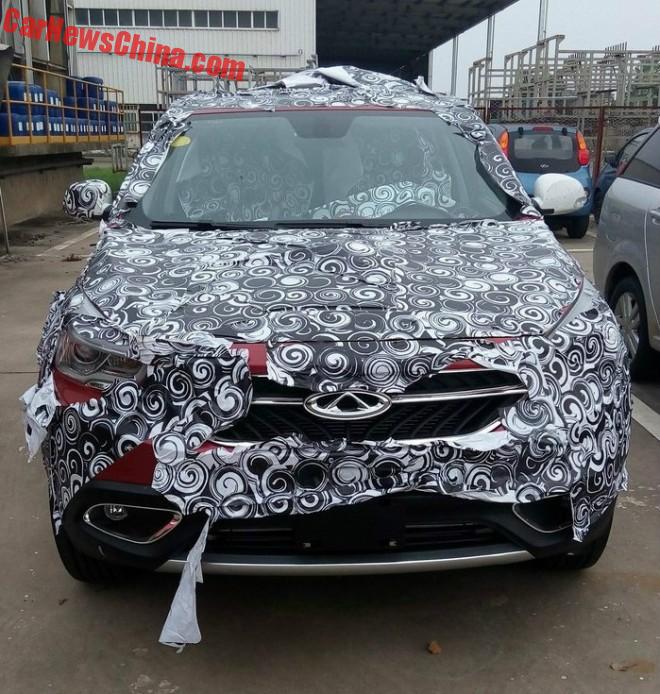 Going outside for the front side. Grille with a shiny bar and the Chery logo in the middle. Shiny strips around the fog lights, and a gray colored skid pad under the bumper. 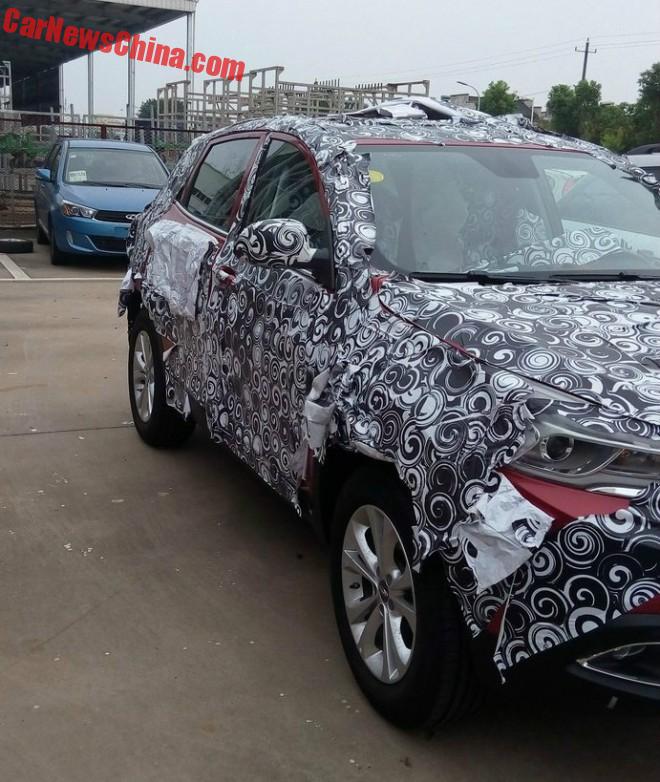 Alloys are sporty but the wheels are small. Blue car in the background is an Arrizo M7 MPV.