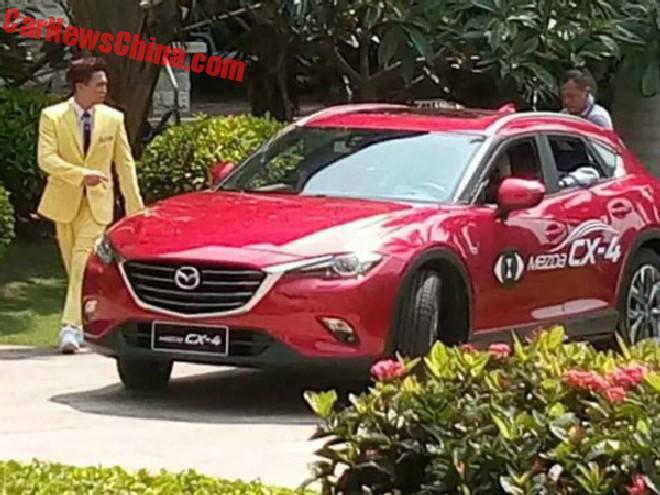 We have a shipload of new Spy Shots of the new Mazda CX-4, the production version of the 2015 Mazda Koeru concept. The Mazda CX4 was een completely naked during a photo shoot in the factory. The CX-4 will debut on the Beijing Auto Show in April and launch on the Chinese car market in June.

Man in yellow suit and on white shoes, tsk tsk, is playing the hip hip driver, or so we presume.

The car on the photos is the China-made variant of the CX-4. It will be manufactured by the long running FAW-Mazda joint venture, based in the cold north eastern city of Changchun. Price will start at 159.800 yuan and end at 198.900 yuan.

There will be two four-cylinder petrol engines available:a 2.0 with 158hp and a 2.5 with 192hp. Mazda strangely stays put with big engines, instead of going for the popular and tax-friendly small turbocharged engines. Lone transmission is a six-speed automatic. Size: 4633/1840/1535, and wheelbase is 2700. 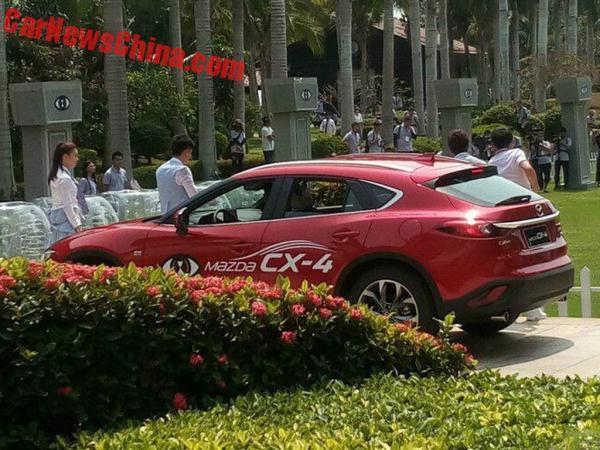 Too bad about the engines because the CX-4 looks very good, especially from the rear. The CX-5 will be positioned as a slightly smaller and more sporty alternative to the CX-5. Both cars are very close. 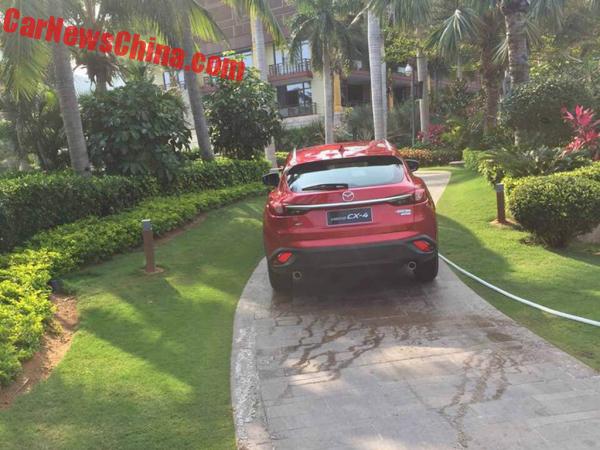 Riding through the garden. 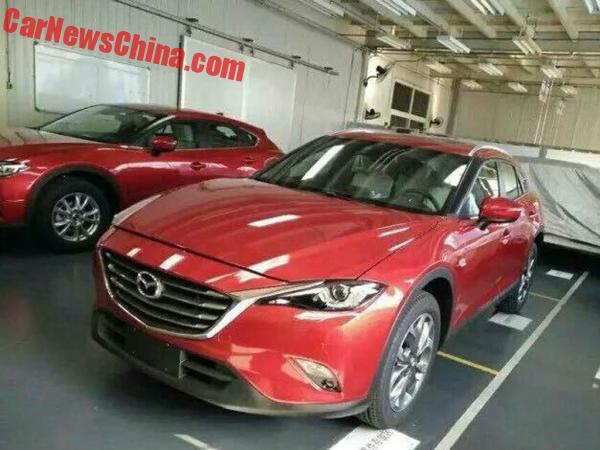 Two red cars in the factory. Grille looks great, and the Mazda badge is modestly small. 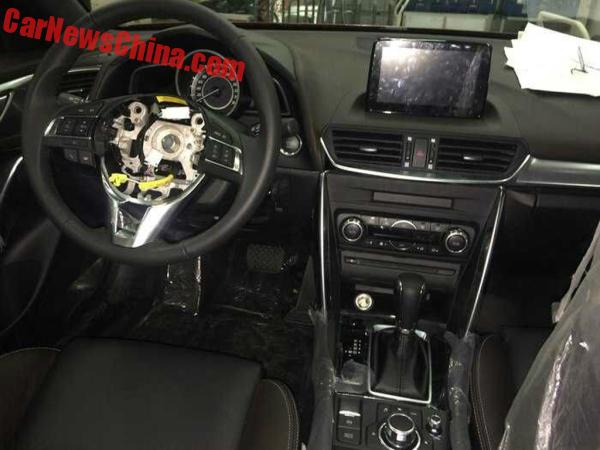 The touch screen is rather small as well. Large central dial screams sporty. Lots of black with a few alu bits for shine. 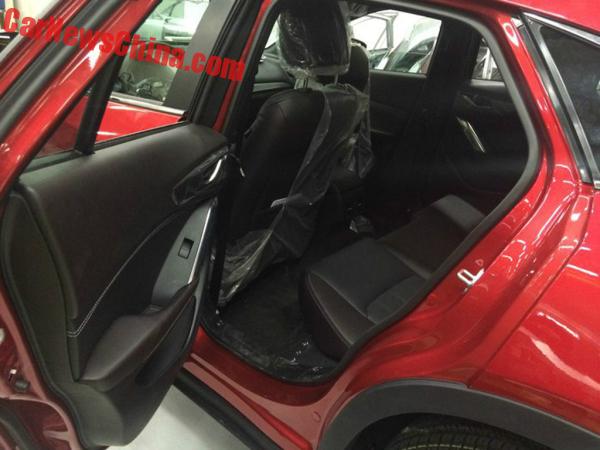 More black, more gray. Wheel arches in black too for that crossover feeling. 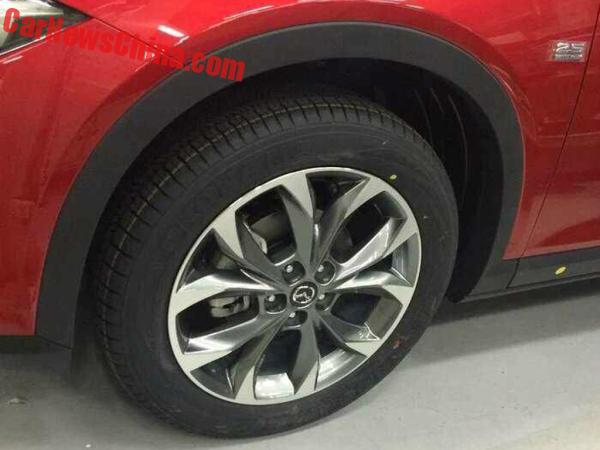 This a 2.5 liter version, note badge on the right side of the wheel. 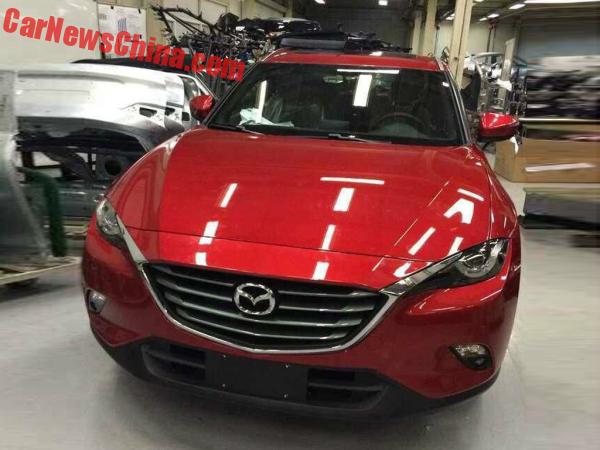 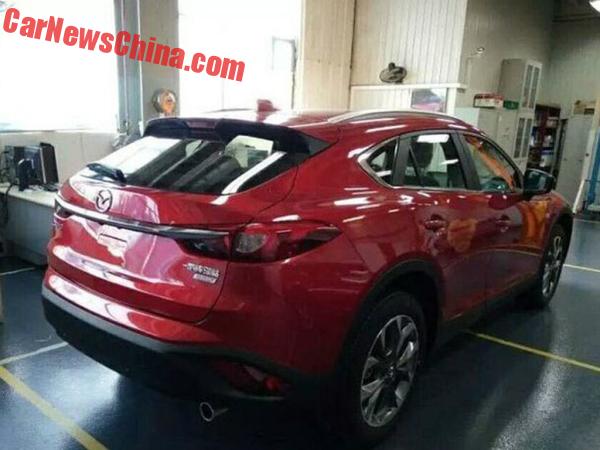 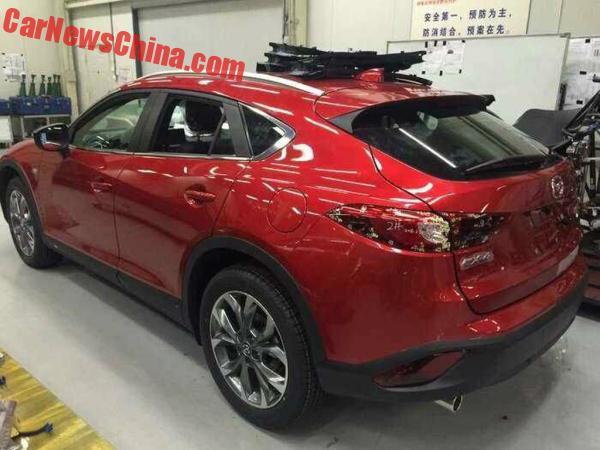 window spoiler has a red and a black part. 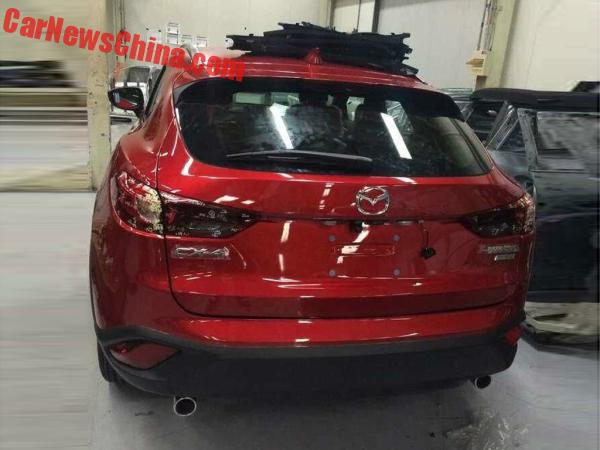 Pipes are poorly integrated in the bumper section. They are really not integrated, hanging there in nowhere land. Ugly. Mazda badge is bigger at the back.