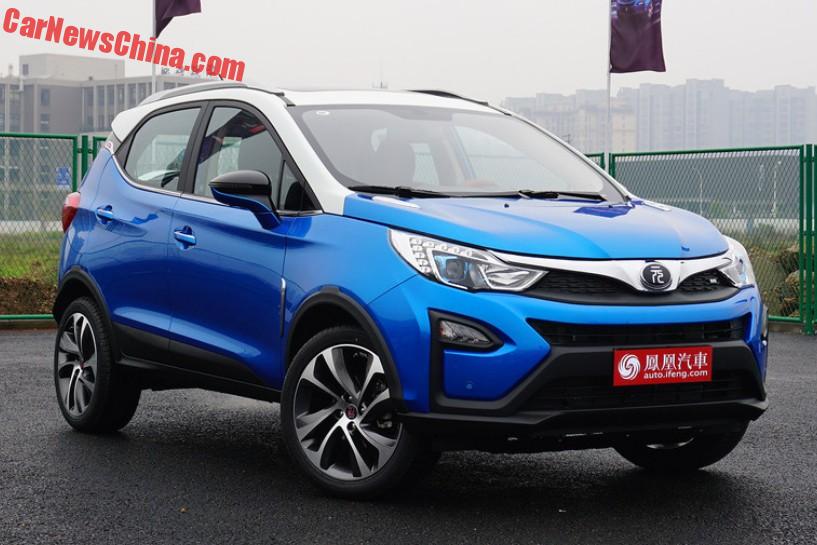 The new BYD Yuan compact SUV has been launched on the Chinese car market, sporting a very nice albeit a bit busy design. Price for the petrol versions starts at 59.900 yuan and ends at 121.900 yuan. Price for the hybrid version starts at 209.800 yuan and ends at 249.000 yuan. The hybrid thus is 88.000 yuan more expensive than the top-spec petrol version, but there is a good reason for that.

But first about badges. From now on BYD will put the car’s name on the grille, instead of the BYD logo. Here we have the old-style character ‘yuan’ in white in a round black badge. There is still a small BYD logo on the right side. BYD is going to do this on all their cars with a one-character name. 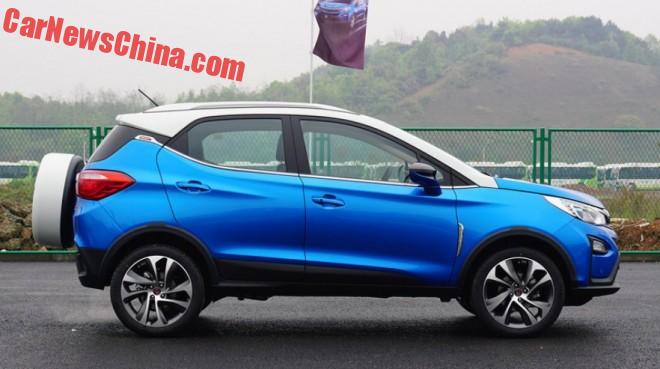 3. the big one: the hybrid. petrol engine is the turbo-less 1.5 with 109hp and 145nm. This engine is combined with two electric motors each powering one rear wheel. The combined power of the two motors is 147hp and 250nm, making for a grand total of 256hp and 395nm! Transmission is the six-speed DCT. The petrol engine powers the front wheels, and the electric motors the rear wheels.

This mad amount of power is enough for a 0-100 in 4.9 seconds! Range on pure electric is a very neat 85 kilometer. Combined fuel consumption is 2 liter per 100 kilometer. Brilliant stuff.

All specs as claimed by BYD.

The car on the photos is the 1.5 turbo. We will do a separate post with an extra load of photos of the hybrid version later on. 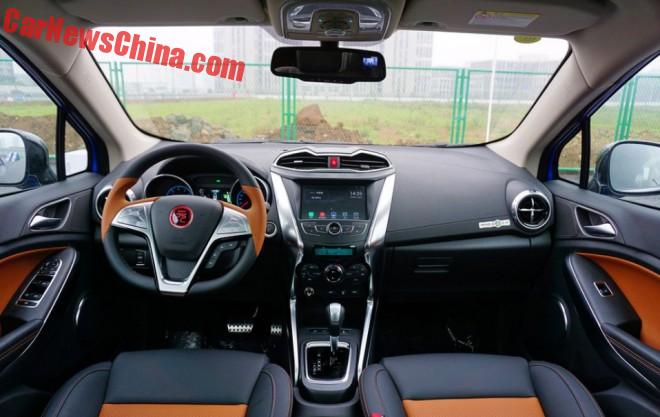 Same design as the exterior: very nice but a bit busy. Steering wheel with the Yuan logo, no BYD here either. Orange on the wheel the same as the orange on the seats. Orange seats are fashionable among local Chinese automakers. Touch screen is huge for the segment. 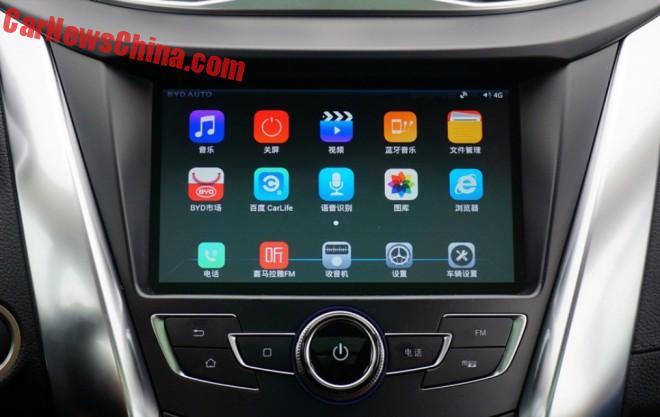 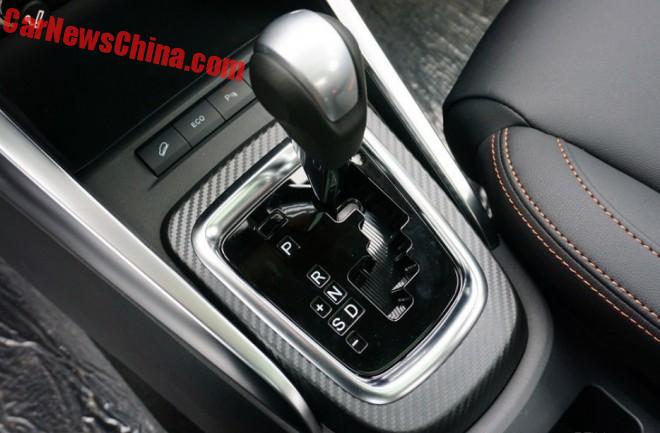 The six-speed DCT ‘box with a plastic-carbon fiber panel around it. 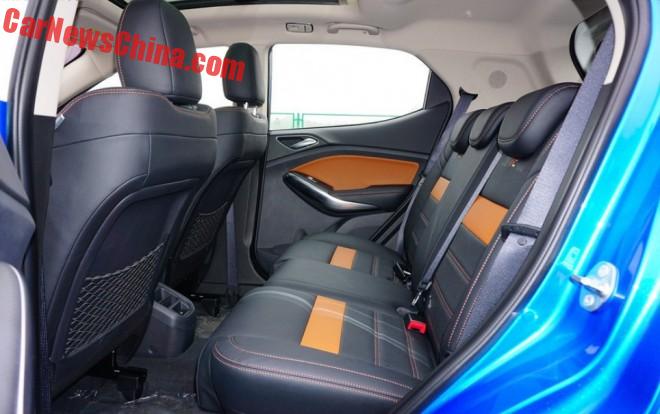 They could have done some orange on the back of the front seats, just for a complete picture. Bench is flat but big enough for two adults and grandma. 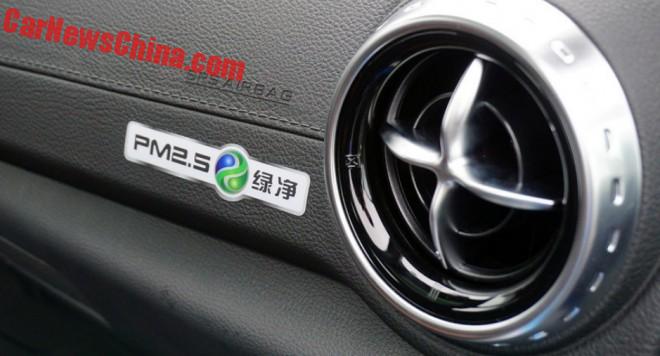 The Yuan is equipped with an air filter that will kill those murderous PM2.5 particles. 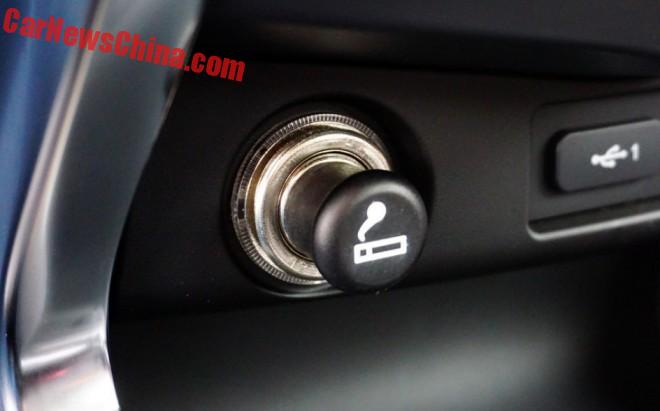 If that does the lungs too many good you can have a smoke. 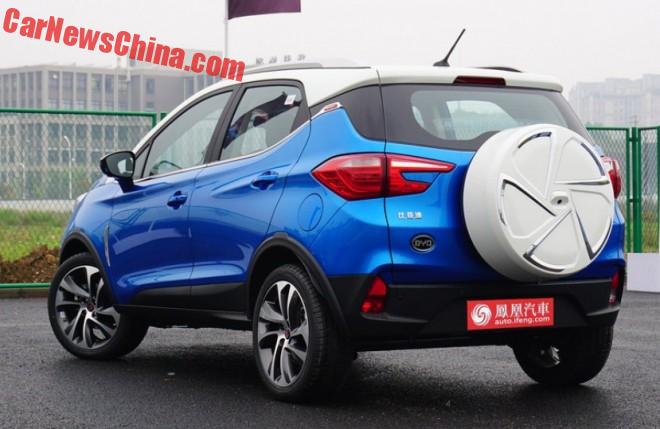 BYD designers went crazy on the rear lights, with an interesting result. Proper BYD badge there. Note again the size of the spare wheel cover. Big enough for all four wheels. 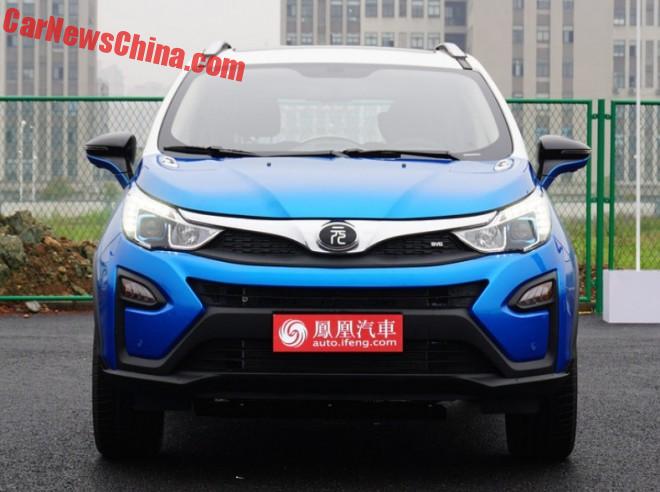 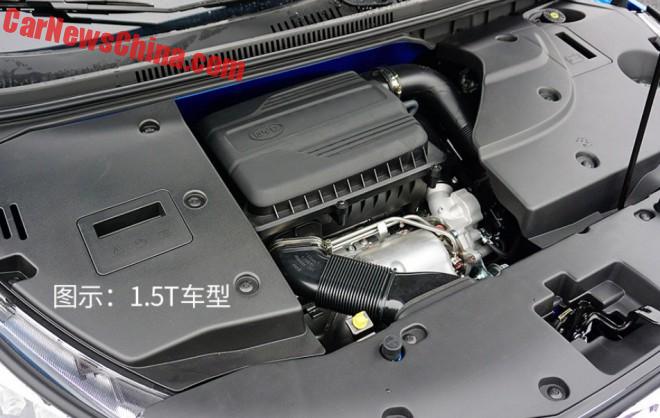 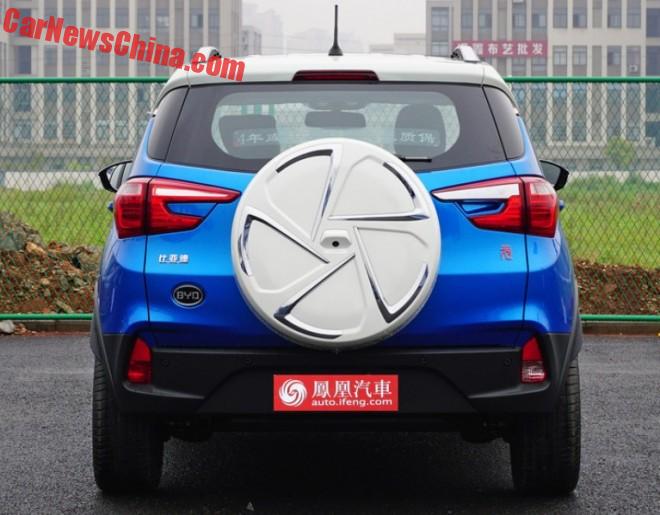 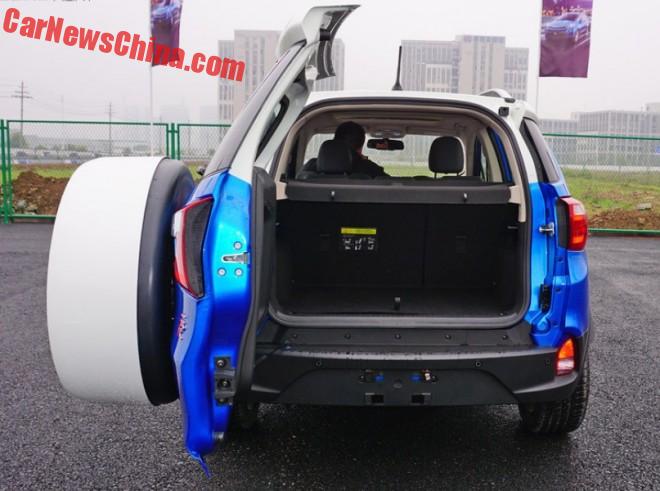 The rear door is huge and opens to the left… 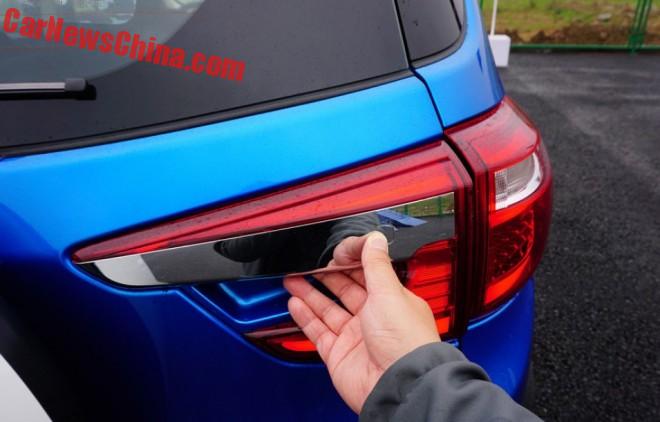 … with the door handle hiding in the light!