Citroen DS 4S arrives at the Dealer in China 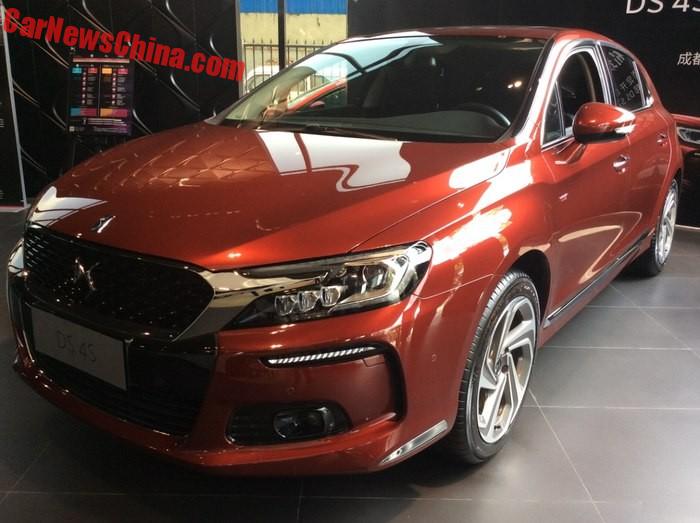 The new Citroen DS 4S will be launched on the Chinese car market later this month, and the first examples have arrived in DS dealers throughout the country, and they all seem to be red. The DS 4S is a China-only premium hatchback, it will be positioned under the Citroen DS5 and will replace the unsuccessful Citroen DS 4. 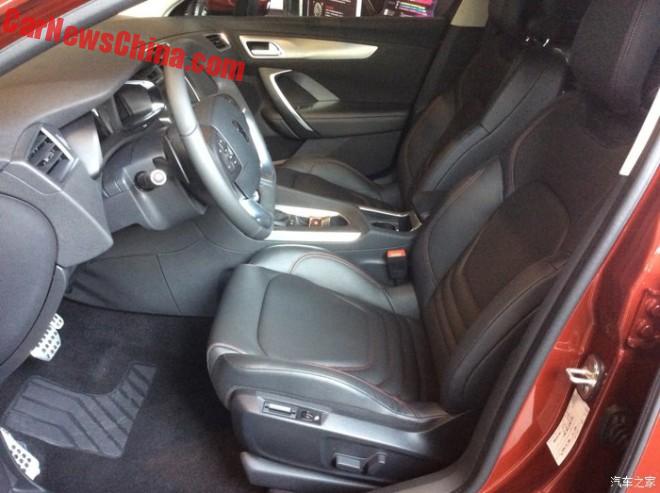 A very gray interior but the seats are almost sporty. 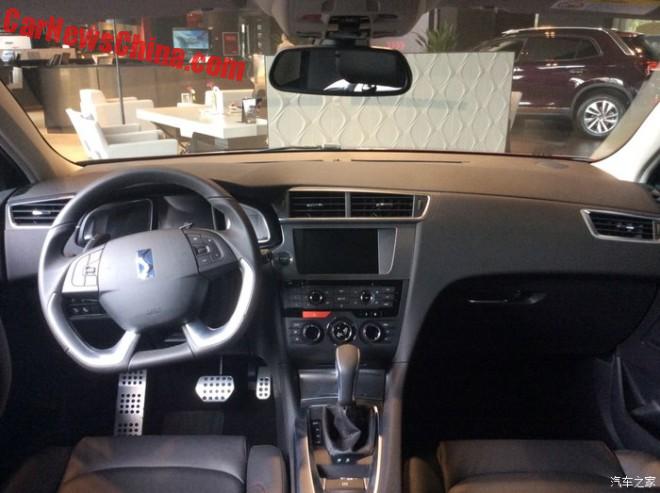 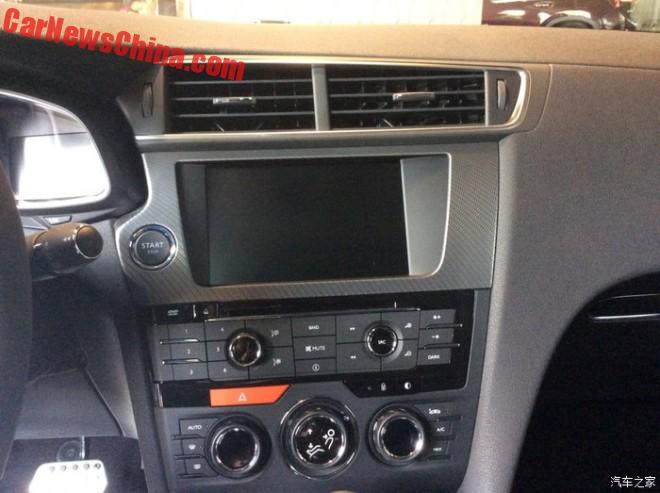 The touch screen is far, and far, too small for 2016. Even Volkswagen doesn’t have screens this small. And that in a DS car, which is supposed to be modern and high tech, aimed at the young! Well, I can tell you that the young do not care for a car with a touch screen smaller than their phone’s. Furthermore, the tiny, and tiny, screen doesn’t seem to control much, as the dash is loaded to the max with buttons and dials. Furthermore, the stupidly small screen is surrounded by a plastic-carbon panel, which looks awfully cheap and fake. The rest of the dash goes with even cheaper looking black plastic. All odd. 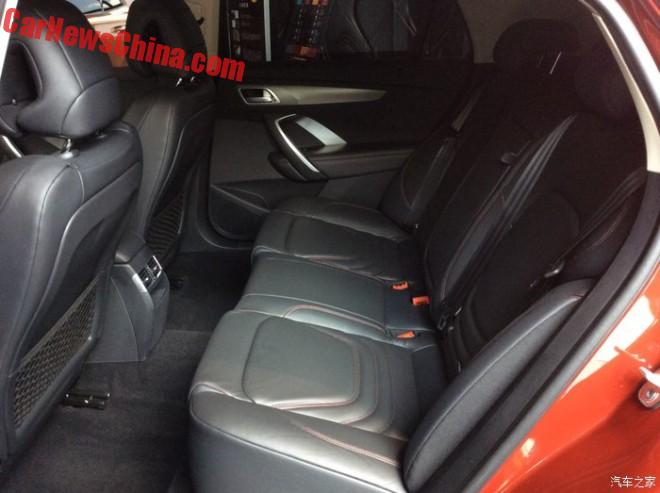 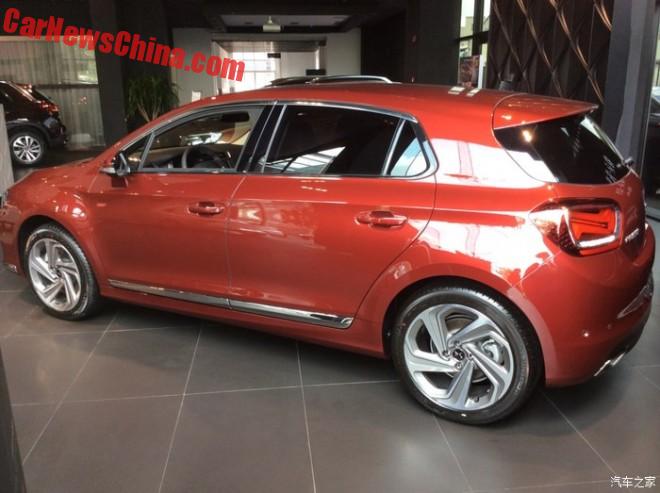 The wheels look great. B-pillar and window frame are black. 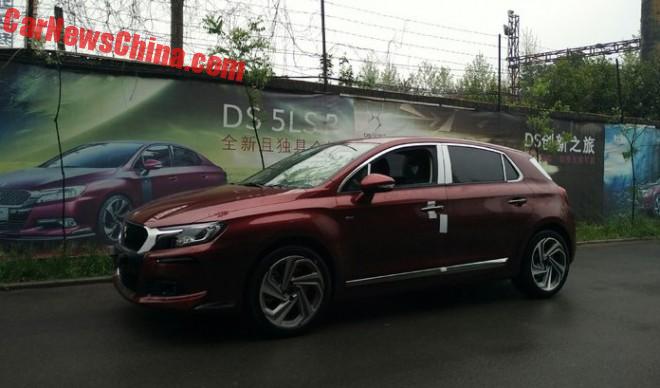 One on the road. Note the giant mirrors and the gargantuan front overhang. If they’d just grabbed a little bit of that overhang and put it into the screen things would look so much better. But for now they don’t. B-pillar and window frame are chromed here; not un-hip.