This is the new Dongfeng Fengshen AX5 SUV for China

Dongfeng has released the first official photos of the new Fengshen AX5 SUV, and it has become the best looking Fengshen branded vehicle so far. It is indeed almost hip, certainly modern ,and somewhat sporty. The Fengshen AX5 will debut on Monday on the Beijing Auto Show, alongside five (05) other new Fengshen cars.

Racy alloys with red brakes, speedy creases on the side, small hips at the rear, usable roof rails and a sun roof. Not bad, not bad… The Fengshen AX5 will be just under five meters long. Power will come from a steamy 1.4 turbo with 140hp and 196nm, mated to a six-speed manual or a five-speed automatic, sending horses to the front wheels. Price will start around 90.000 and end around 120.000 yuan. 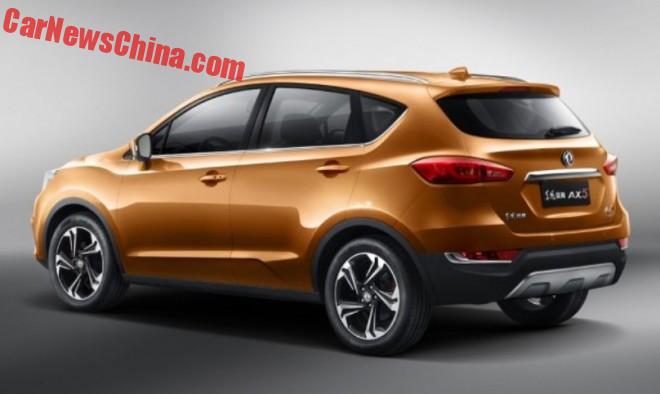 Rear lights are fashionable small and almost connected by the ever fashionable shiny strip. Exhaust pipes are hidden under the bumper.