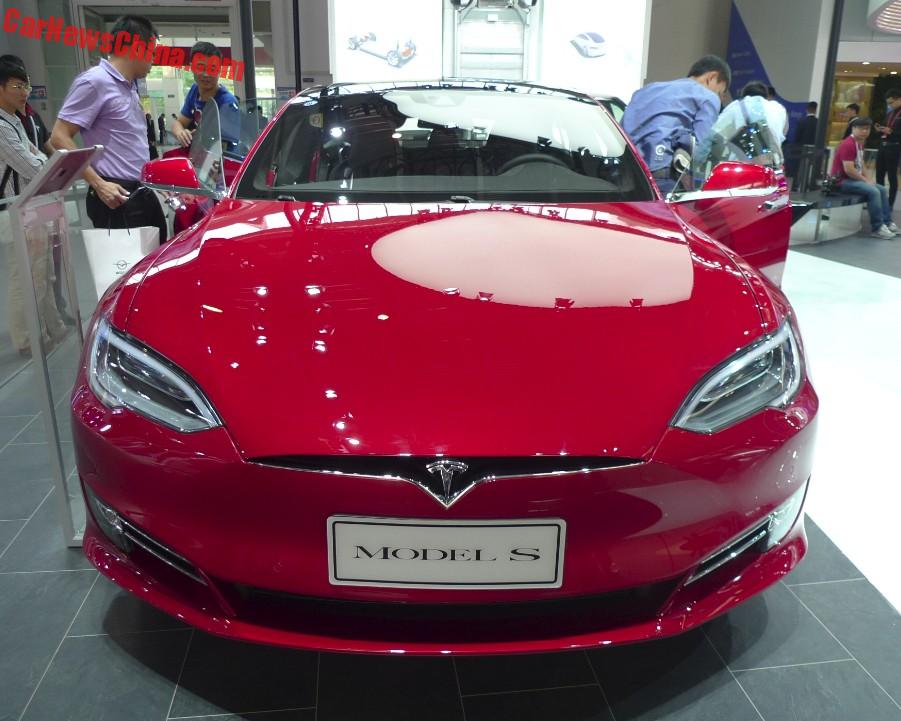 The facelifted Tesla Model S had its public debut on the 2016 Beijing Auto Show, fittingly so as China has to become one of Tesla’s largest markets wordwide, one day. The facelifted Model S is available immediately, priced from 735.000 to 1.04 million yuan.

The facelift includes a new grille which really isn’t a grille, new lights with LED units, a new bumper with new fog lights, new indicators in the front fenders, new mirror stalks, and new rear lights with more LED than before. 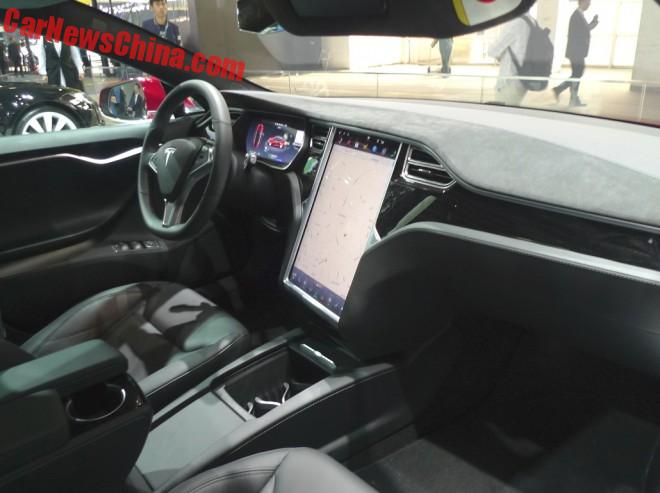 The interior sees a new kind of alcantara on dash-top and the installation of a ‘Hepa’ air purifier system, which will be wildly appreciated in China where the air is toxic at best. 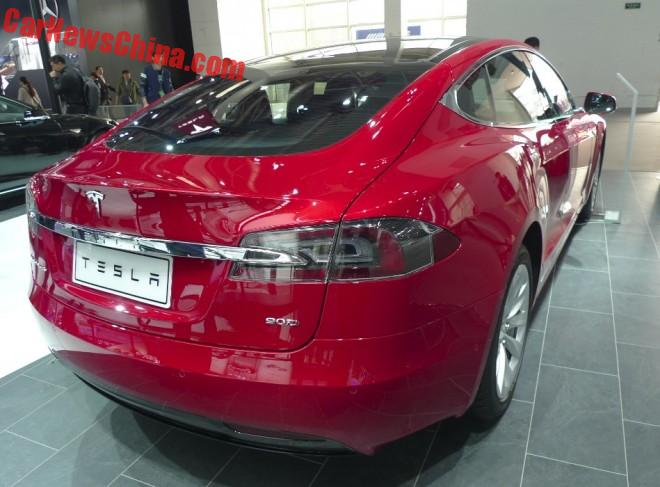 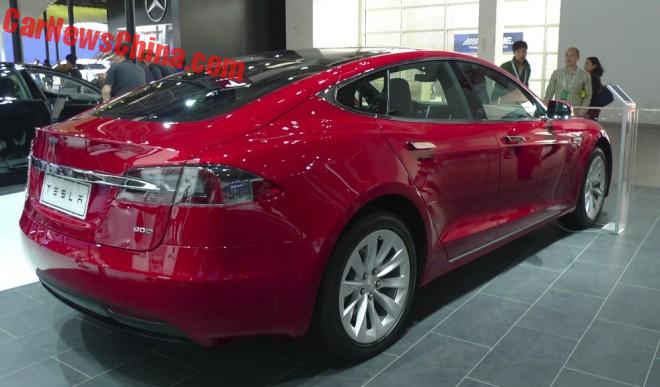 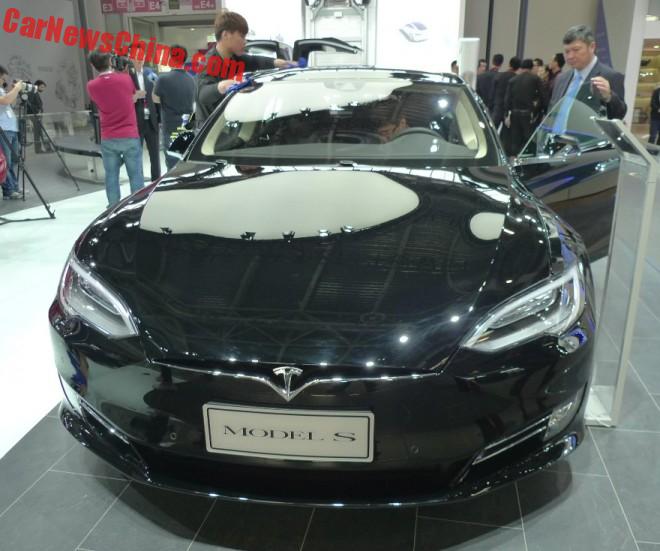 They also had a black car on the booth, but new ‘grille’ works best… 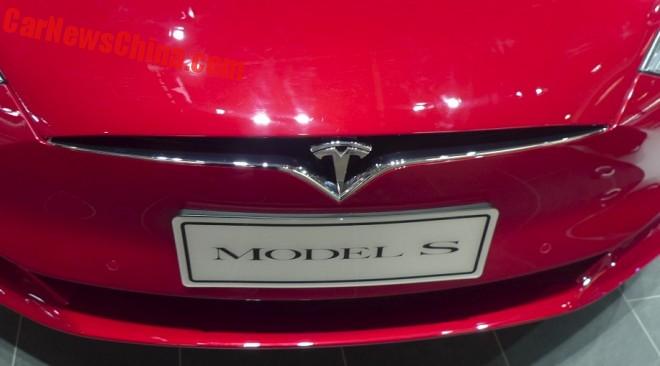