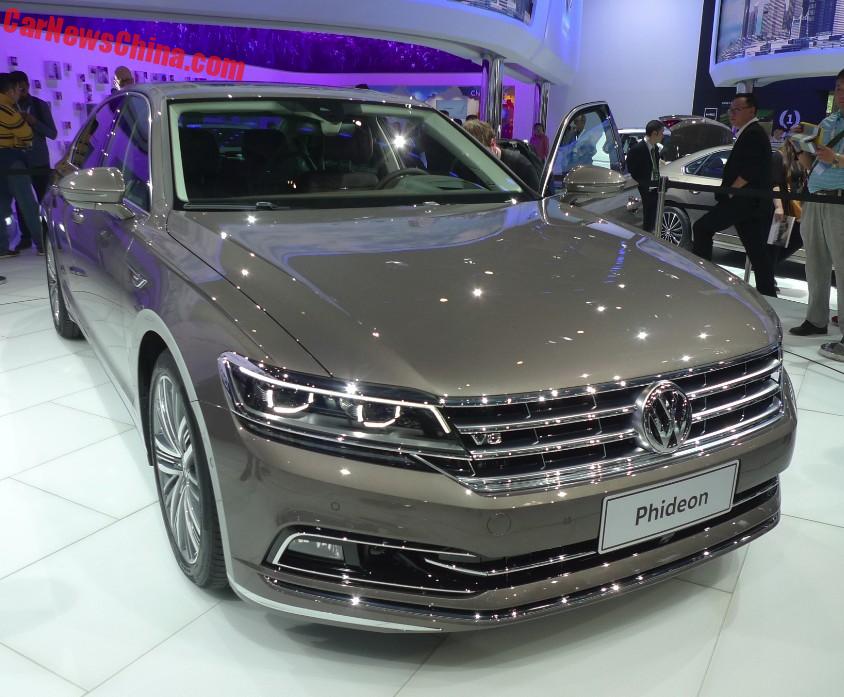 The production version of the of Volkswagen Phideon has been unveiled on the Beijing Auto Show, looking distinctive and stylish in light brown. The Phideon is a China-only full-size sedan, It will be positioned between the Volkswagen Passat/Megotan and the Volkswagen Phaeton.

The Phideon is manufactured in China by the Shanghai-Volkswagen joint venture. It stands on the same stretched version of the MLB 2 platform as the China-made Audi A6L.

The Phideon name comes from the Roman goddess Fides, and symbolizes (according to Volkswagen marketing-speak) ‘perfection, elegance, and and trustworthiness’. The Chinese name is Hui Ang (辉昂), best translated as ‘Noble Brightness’, and has nothing to do with Roman stuff and such. 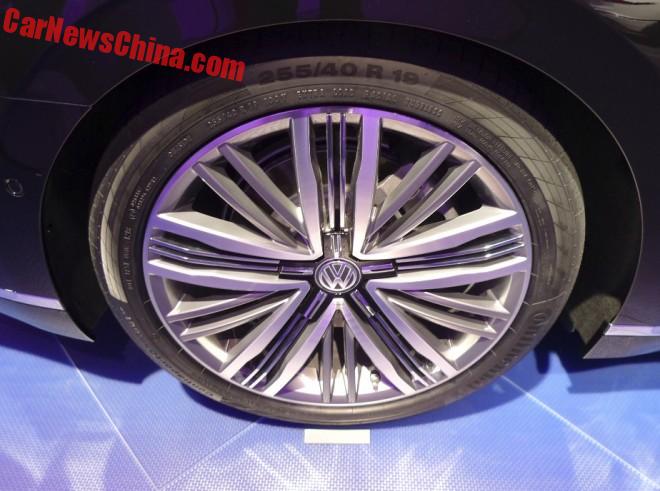 The 20 inch wheels are fitted with alloys that are exclusive for the Phideon. 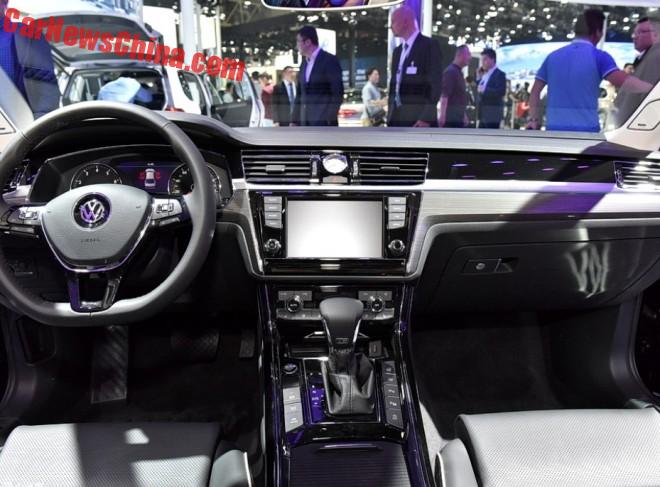 We cannot help not to like the interior too much. It just doesn’t look so luxurious, not so modern, and not at all high tech. The gear lever is a giant in tractor style, whereas most cars in this class, and many cheaper ones, now go for smaller levers or gear-select dials. The buttons on each side of said lever look awfully cheap. 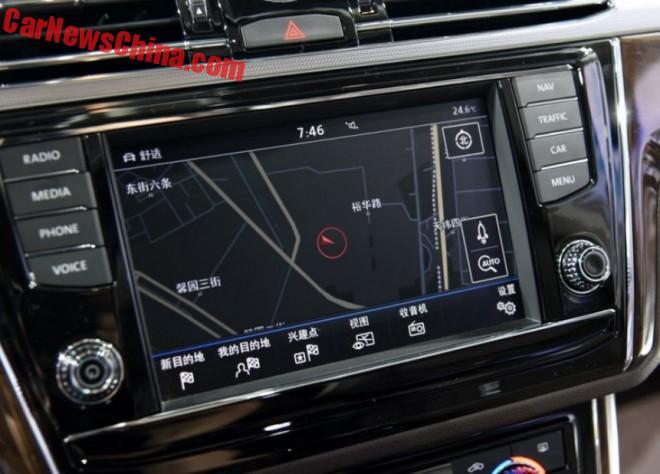 Barely larger than my phone’s/ Black buttons look cheap again, and the round ones a tad too shiny, and their design doesn’t go with the rest of the buttons and switches. 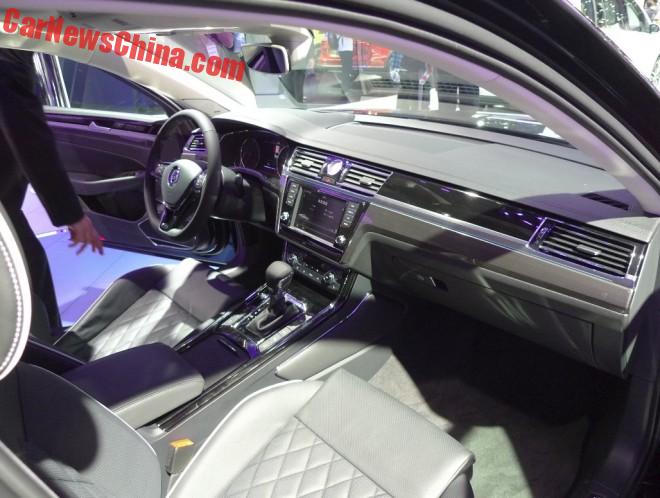 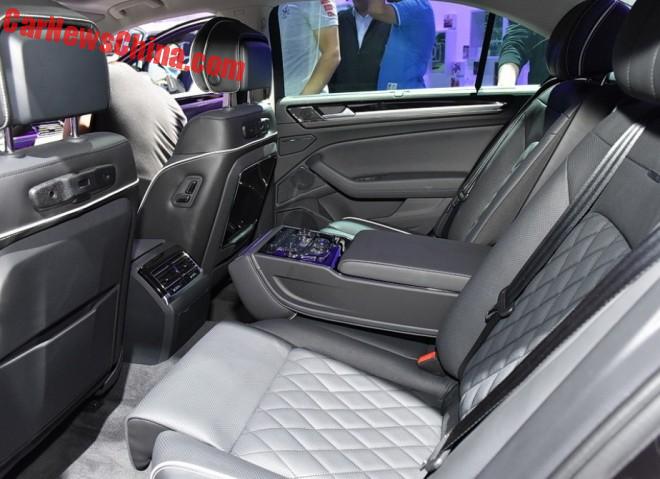 Loads of space in the back. Nice seats again, good carpets. but when you sit there, what are you looking at, straight in front of you..? 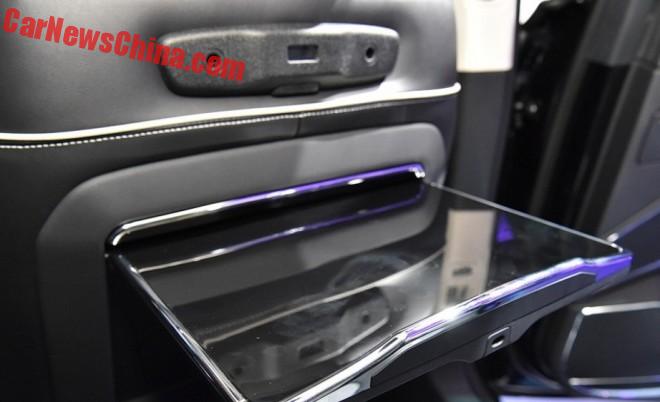 That! An extremely ugly plastic thing on the back of the headrest. It looks like a piece of recycled plastic bolted on with a hammer. I guess it is for hanging your coat on, it doesn’t seem to have any other function. I asked a few of my fellow media friends, but they didn’t know either. I asked a Volkswagen sales person, but she smiled and ran off. Tray table looks nice though, shiny, but nice. 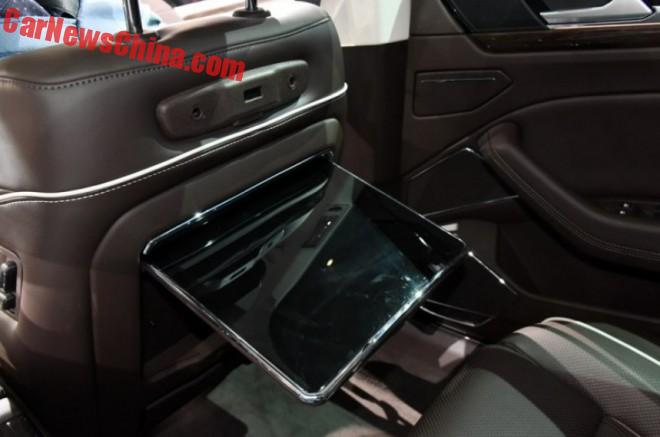 In the brown car. 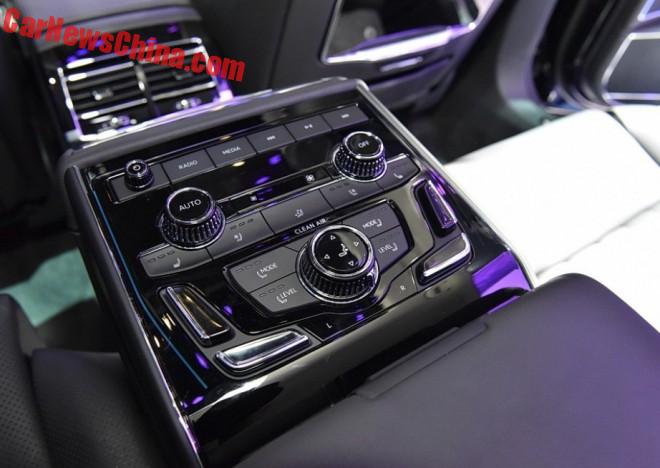 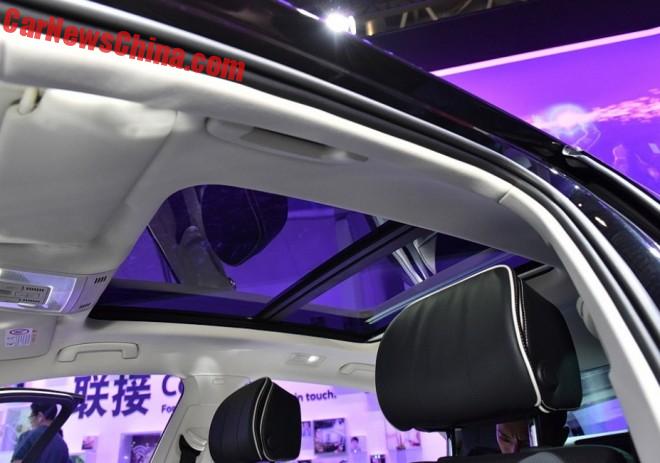 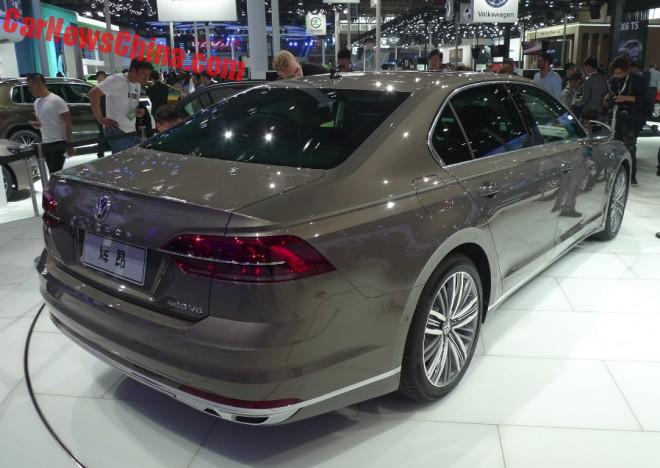 Subtle spoiler in the boot lid, lights a tad too large, and a great looking lower bumper section with the pipe tips perfectly integrated in the chrome bits. 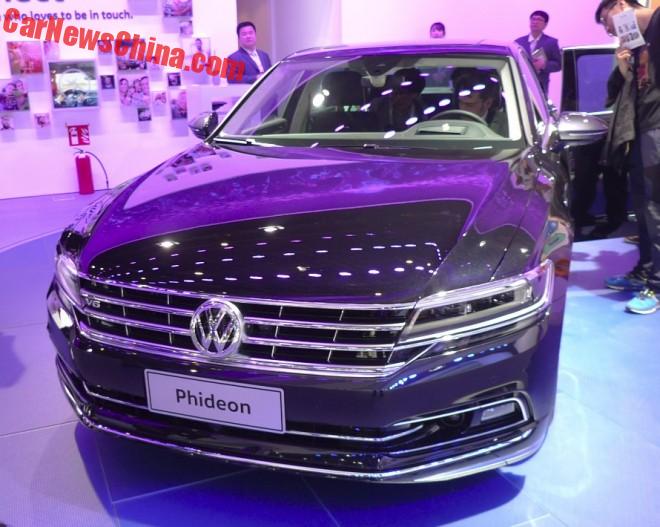 It is a bit of an odd car. Launched in a time when SUV’s are the craze, compact or big, an SUV it has to be. Volkswagen is working on that but it will take a while to get some to the market. In the meantime they are sitting in a sea of sedans, some of which compete directly with each other. And to all that Volkswagen now adds the Phideon, positioned in a strange corner of the market and fitted with a low-tech interior. Not an easy sell, we yell. 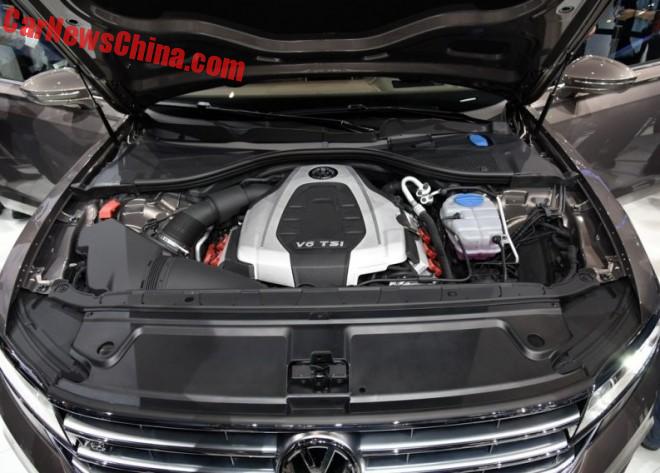 The engines are fine, here the V6. 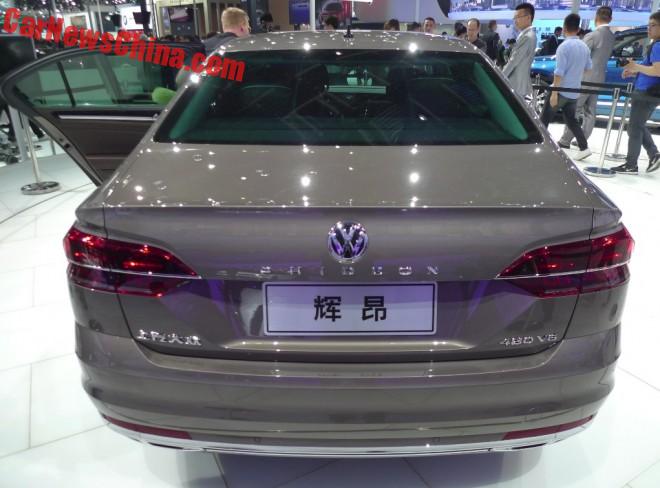 Really nice how they did that spoiler, ending down into the side.