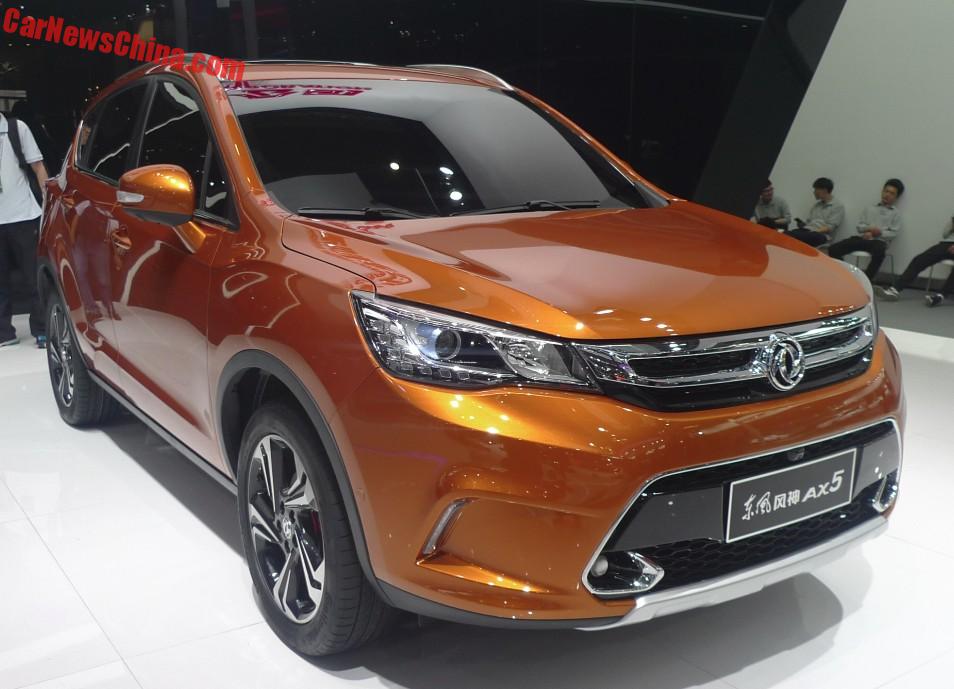 This is the Dongfeng Fengshen AX5, as it debuted earlier this week on the Beijing Auto Show. The Fengshen AX5 is a new compact SUV, it will be launched on the Chinese car market in Q3. Price will start around 90.000 and end around 120.000 yuan.

Racy alloys with red brakes, speedy creases on the side, small hips at the rear, usable roof rails and a sun roof. Not bad, not bad… The Fengshen AX5 will be just under five meters long. Power will come from a steamy 1.4 turbo with 140hp and 196nm, mated to a six-speed manual or a five-speed automatic, sending horses to the front wheels. 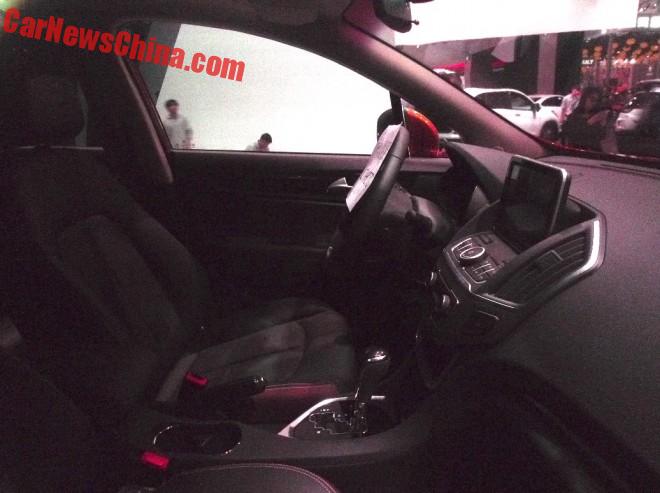 The doors were closed and the windows were black, but I managed to fire one shot into the interior. It all looks rather nice with a wide center console with a standing touch screen on top. There was an A4-sized paper attached to the steering wheel but I couldn’t the words. Hand brake handle seems quite small. 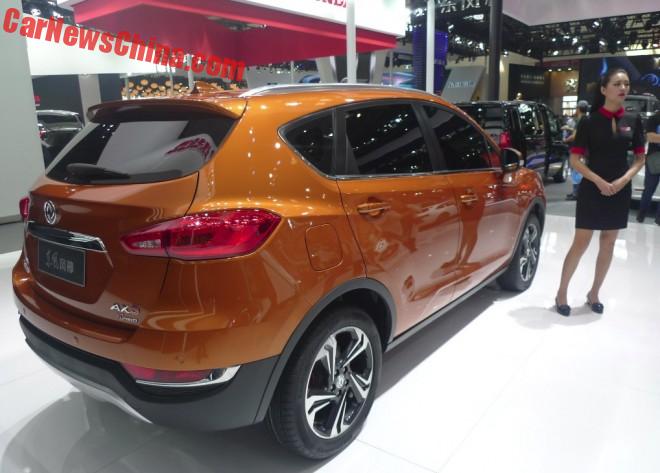 The rear with large red lights and a small chrome bar above the license plate area. Roof rails are usable, black wheel arches for the crossover thing, and a sweet little lady in a kinky black dress. 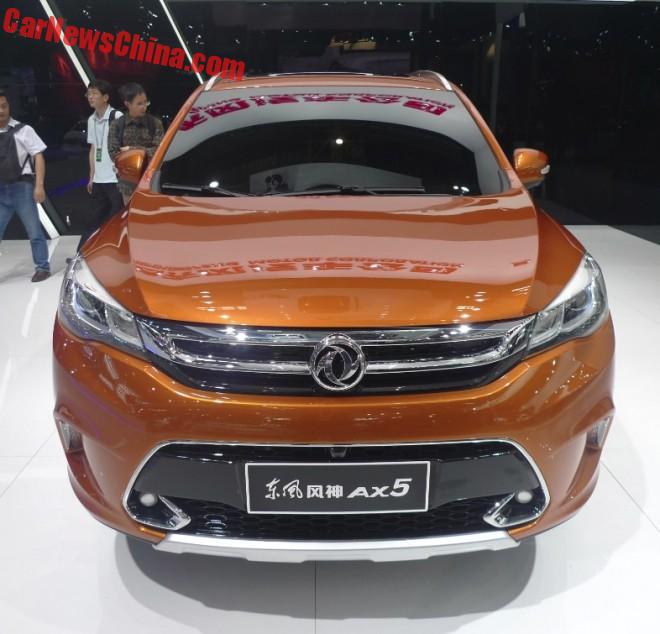 Front is neat, not too busy like so many other recent Chinese SUV’s. Big Dongfeng badge on the middle of the grille. 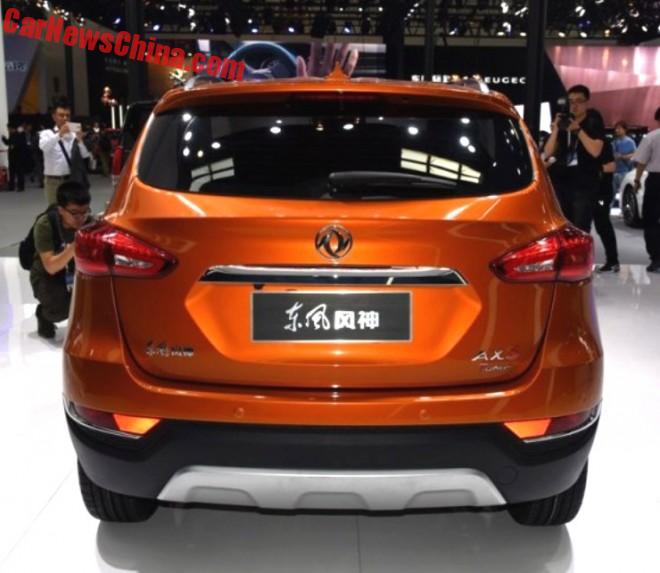 Skid pad under the bumper, and the pipe is invisible. Nice hips!