Chinese Truckers Don’t Mind A Missing Wheel Or What 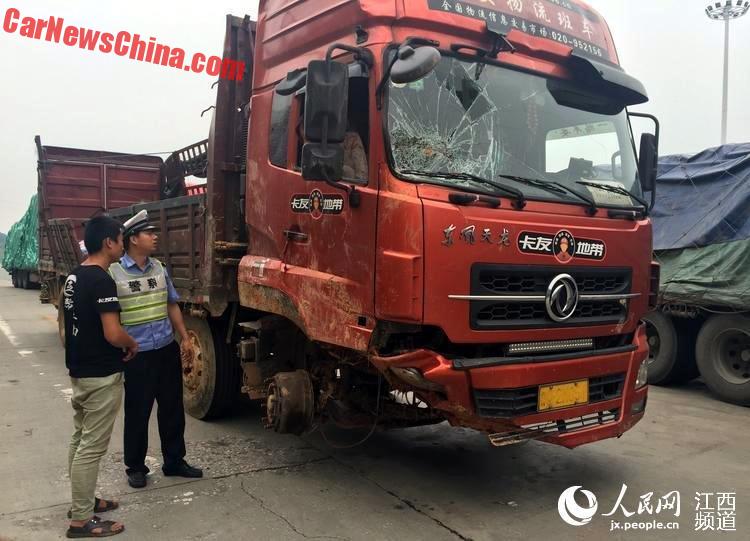 Police in China’s Jiangxi Province stopped a red Dongfeng truck near a toll station. The truck was missing a wheel. The driver, waering a black shirt, said it was no problem. Police thought otherwise and impounded the vehicle. They later learned that the truck had been involved in an accident in another province, causing heavy damage to the cabin, and… the front axle to break. 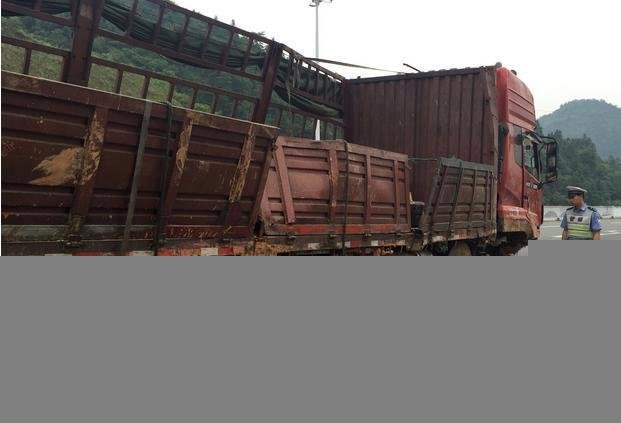 The truck driver was feared repairing the truck locally would cost him too much money, so he decided to drive his broken truck home, expecting cheaper repairs.

This particular type of truck has two front axles so it is probably good to go in a straight line. Steering is another question. The second axle steers with the first axle, but losing one of the wheels of the first axle can’t be good for handling…

Police have said that the driver will be “punished”. That might be the right thing to do from a police man’s perspective, but we think he should be applauded for thinking about this stunt, and applauded even more for actually doing it. Great man!