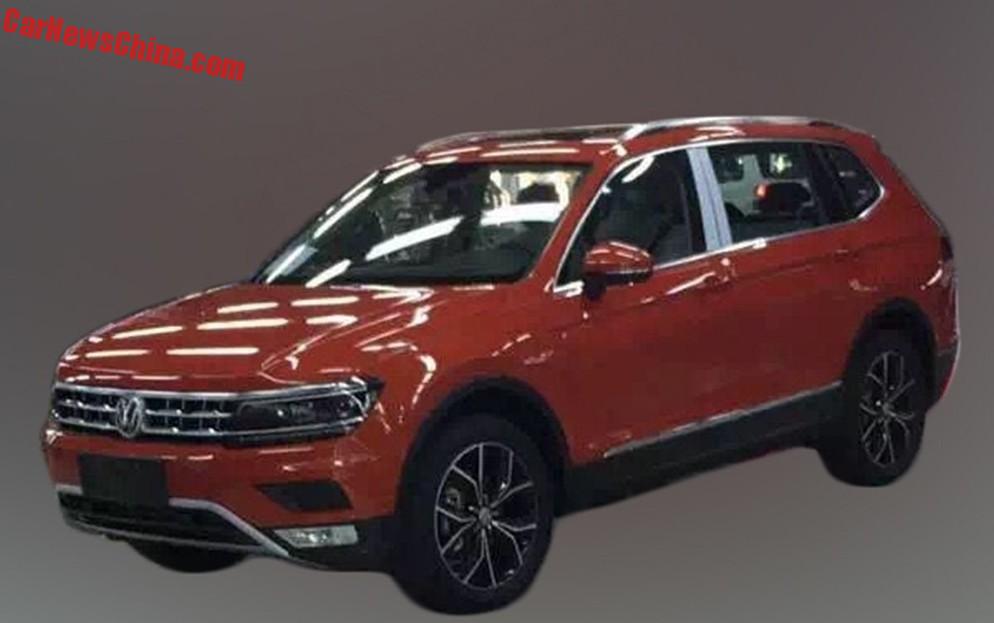 Spy Shots of the new long-wheelbase Volkswagen Tiguan testing in China. Debut is expected for the Chengdu Auto Show in September with a launch on the Chinese car market in October. Volkswagen has done a serious job. The Tiguan appears to be extended with at least 10 centimeters, the rear door is longer, and the third-side window has been redesigned. And best: the B-pillar will be chromed! 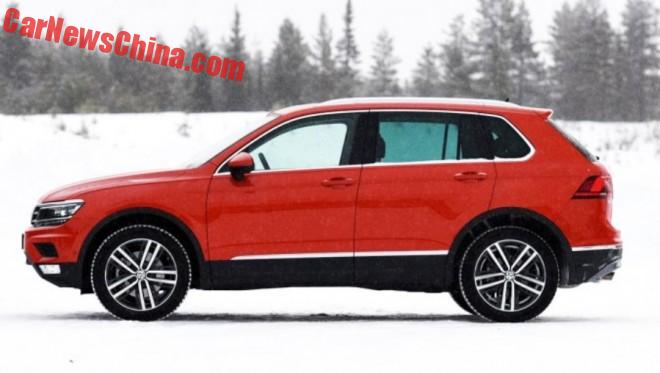 The base Volkswagen Tiguan. Note third-side window and roof line behind the B-pillar. 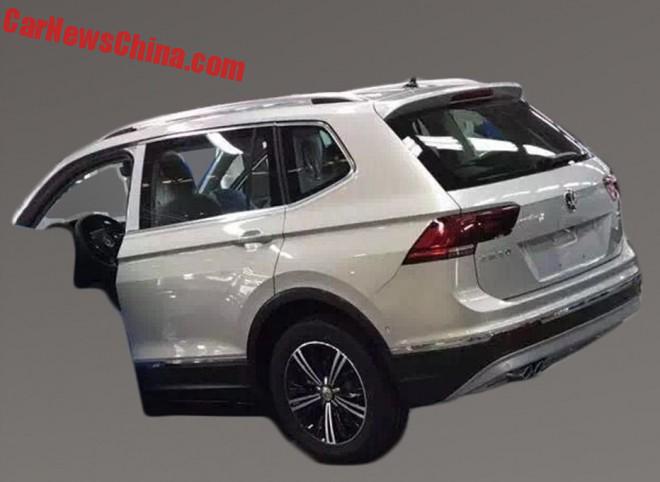