The Volkswagen Teramont Is Ready For China 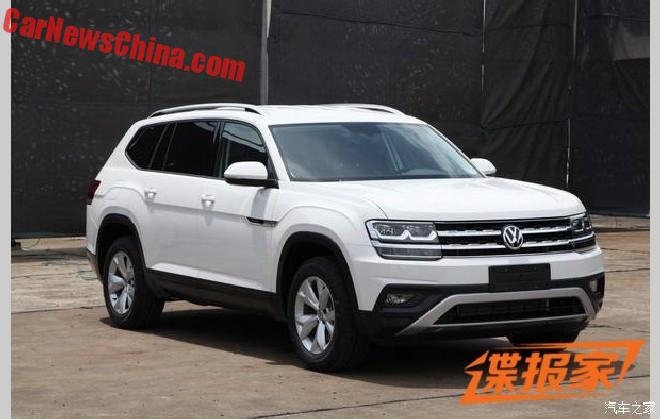 New Spy Shots of the all new Volkswagen Teramont SUV, and it has become a rather big car with small wheels. The Teramont is the production version of the Volkswagen CrossBlue concept. It is a large seven-seat SUV. Price wise it will be positioned between the locally made Tiguan and the imported Touareg. The Teramont will debut in November on the Guangzhou Auto Show in China. 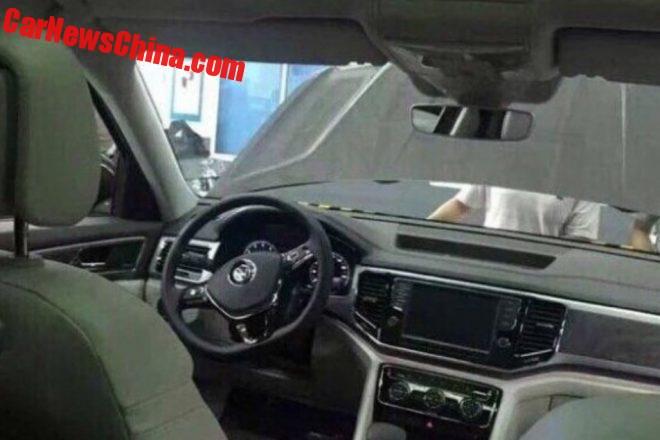 Earlier spy shot of the interior. Instrument panel is analogue and the touch screen isn’t very large. Leather and wood all look good. Steering wheels looks a tad too simple for a vehicle of the Teramont’s segment. 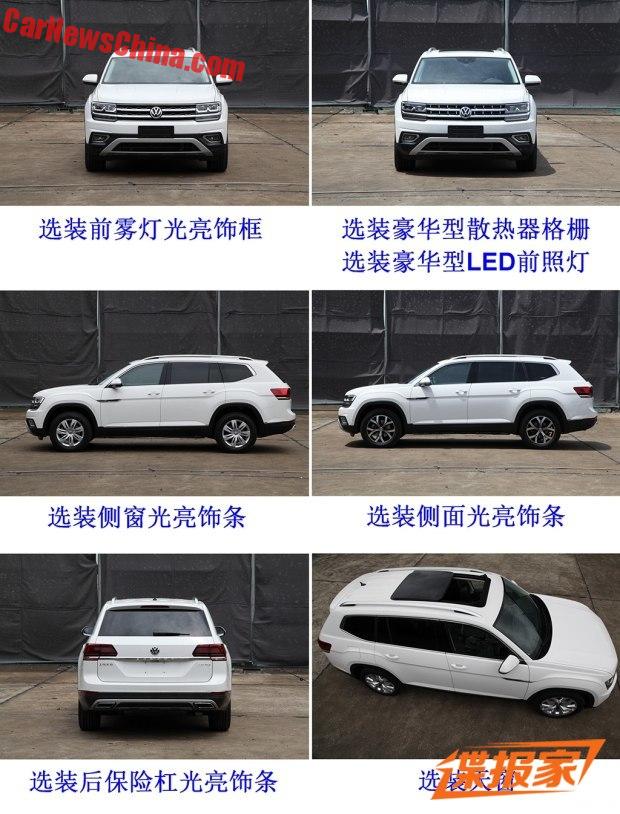