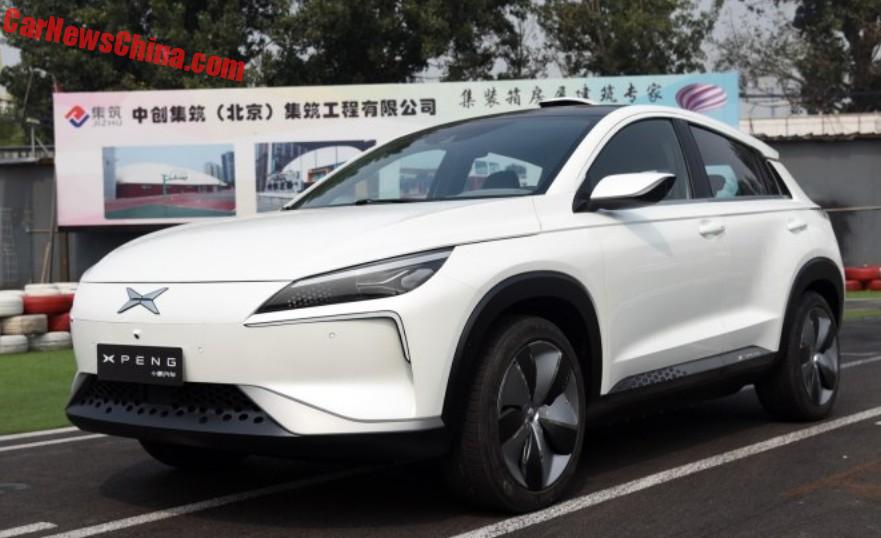 This is the brand new XPeng Beta, an electric SUV from China, looking very stylish and distinctively new-energy. The XPeng Beta is the brainchild of a company called Xiaopeng Motors, based in the great city of Guangzhou in Guangdong Province. The Beta is currently in the prototype phase, hence the name, but the production version will be 90% similar.

Xiaopeng Motors has made two concept cars, the white car and a silver car seen on the left in the background.

The company has been founded by a band of Chinese internet entrepreneurs led by He Xiaopeng (in red polo), the founder of UC Web, which was acquired by Alibaba in 2014. Like most internet-born car makers Xiaoping Motors will outsource the actual production of the cars to an existing Chinese car maker. The company says they are currently negotiating with several manufacturers. Trial production is set to start in mid-2017 and mass production in 2018, starting with 20.000 units per yet.

The XPeng will be aimed at young car buyers. Older ones got to stay with Audi. The slogan is: A different car, for youths. They also like Star Wars.

There isn’t much technical information yet: it will be four-wheel drive, with a two-wheel drive mode. Battery is a Samsung 18650 with en energy density of 152 Wh/kg, which is, according to the company, more dense than the batteries of the Chevrolet Bolt and Tesla Model S. Range is 300 kilometer. 0-100 will take 5.8 seconds or 7.9 seconds in 2WD mode. It is not entirely clear why it has 2WD mode, the company does not elaborate on that.

The XPeng Beta is not an autonomous car, but it will be equipped with active cruise control, automatic parking and with a remote control system for automatic un-parking, allowing drivers to summon the vehicle from the parking lot to their doorstep. 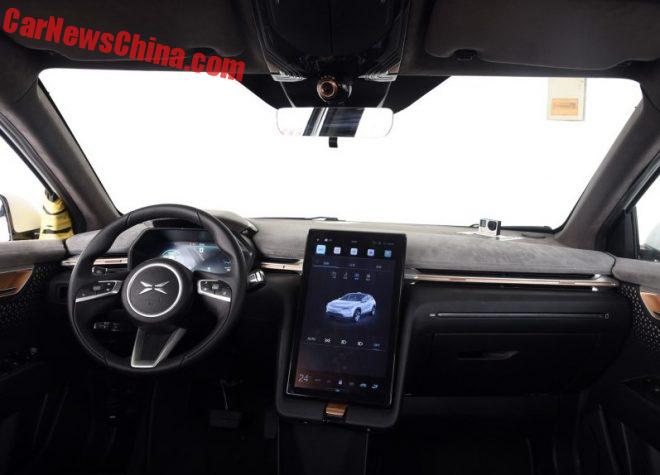 The interior is properly high tech, although a bit dark and gray. The touch screen measures 15.6 inch and controls pretty much everything the car can and does. The operating system is called ‘8 Core’. 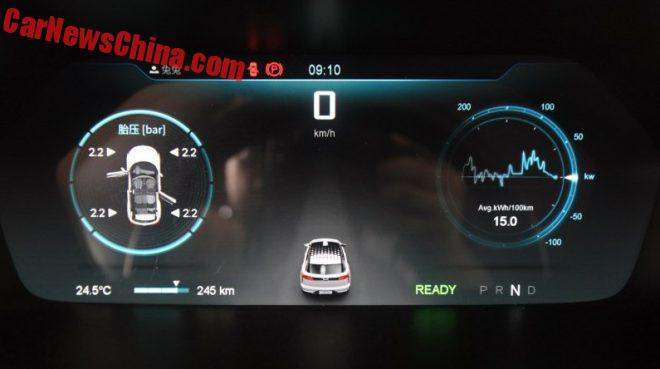 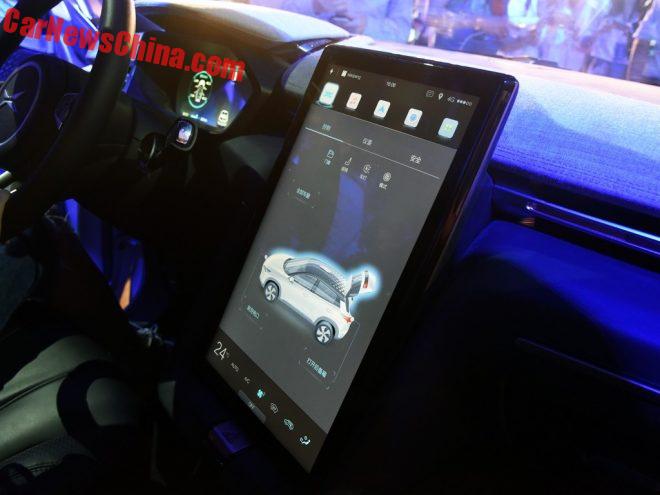 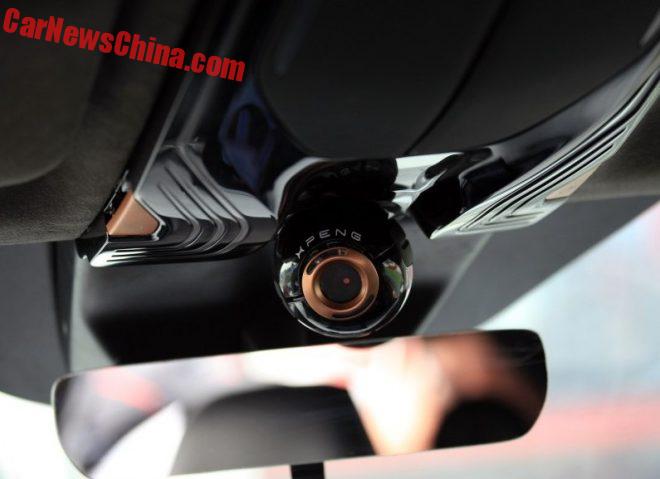 The camera is primarily for face identification, but can also be used to make and share selfies. 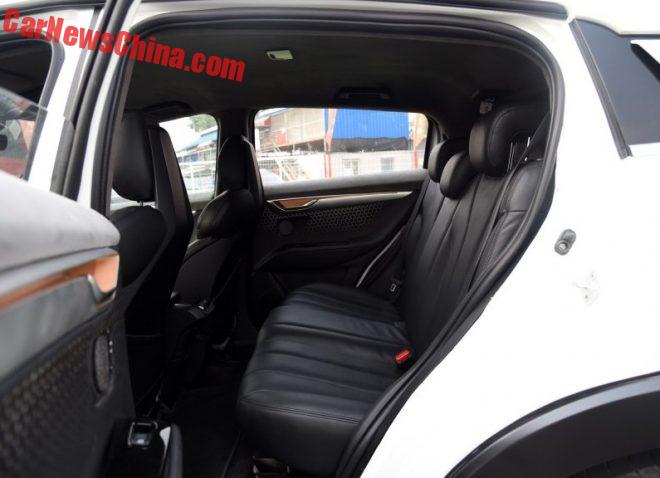 It really needs some color. Bench big enough for three. 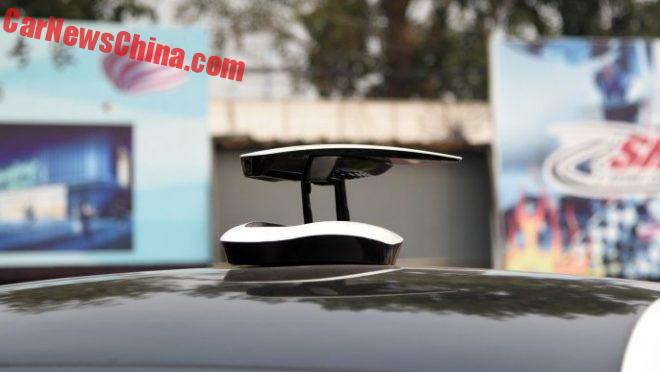 The fancy HD camera on the roof has nothing to do with autonomous driving but everything with making photos and movies of the scenery the car drives through. Like the company explains:

The cars are equipped with HD camera for photography and video recording. Suitable position & angle and prompt action are all users need every time they find beautiful scenery on the way. With camera on the car roof, users can photograph and share, recording their own wonderful memories. 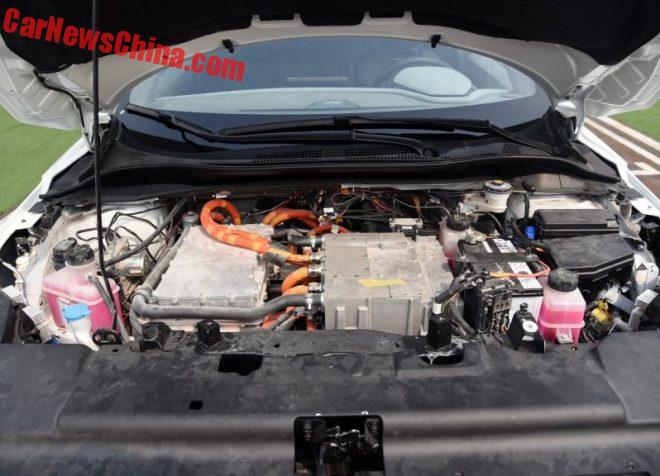 Couldn’t they clean up the engine bay a little bit? Wipe the dust off? It would take just a minute… 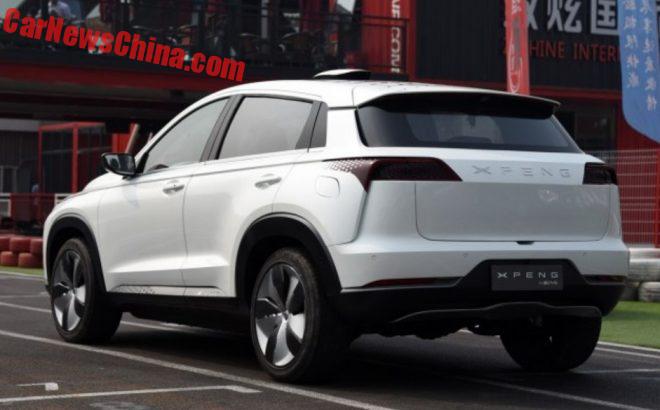 Design with some influences from Tesla, Lexus, and Infiniti, but overall original and attractive. Wheels are a tad too small. 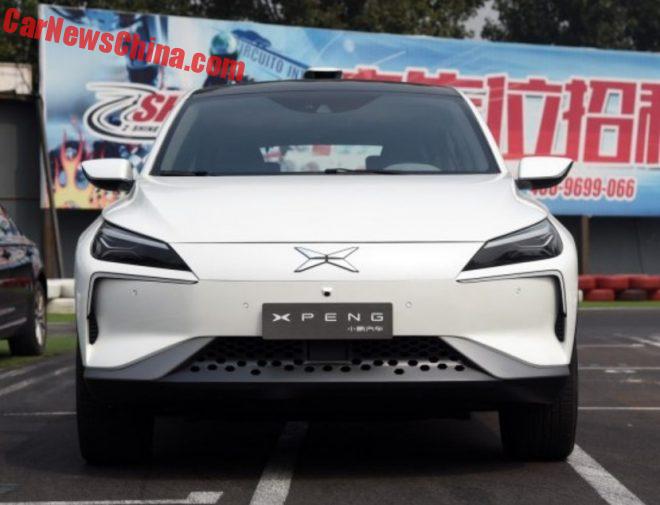 The logo of Xiapeng Motors is an X. Not a Model X. An X. 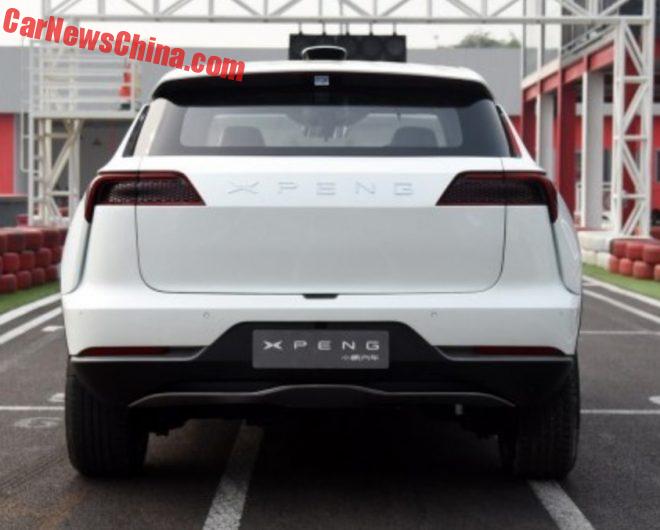 Big XPeng badge on the back.

All in all a very interesting project and we naturally  hope they will succeed. The XPeng will have its public debut on the Guangzhou Auto Show in November. We will be there. 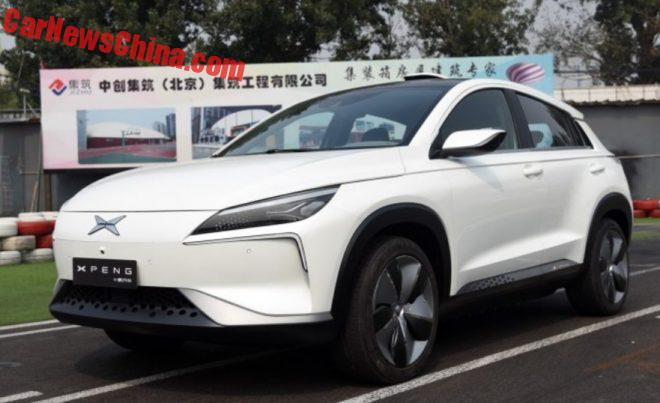