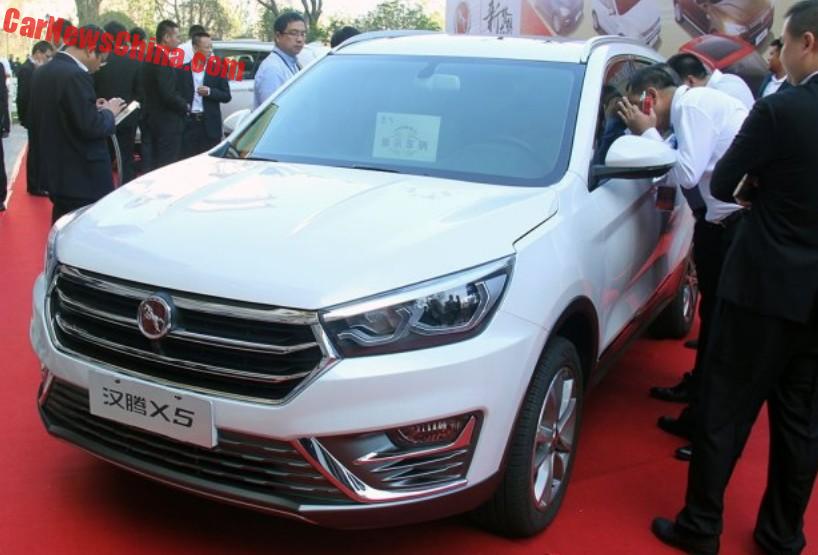 The very first photos of the upcoming Hanteng X5 SUV, showing off a very shiny front with large headlights. The Hanteng X5 will debut on the Guangzhou Auto Show in November and launch on the Chinese car market in Q1 2017. It will be positioned below the Hanteng X7.

Rear end looks like the rear end of every new Chinese SUV. Very generic, but not bad. Wheels are a few clicks too small. The Hanteng X5 will be powered by a new 1.5 liter turbocharged four-cylinder petrol engine with 150hp and 215nm, mated to a five-speed manual or a CVT.

The X5 is a child of a company called Hanteng Autos, with an S at the end.  The Chinese name is Hanteng Qiche, full name is Jiangxi Hanteng Automobile Corporation, founded in 2013 in the great city of Shangrao in Jiangxi Province.