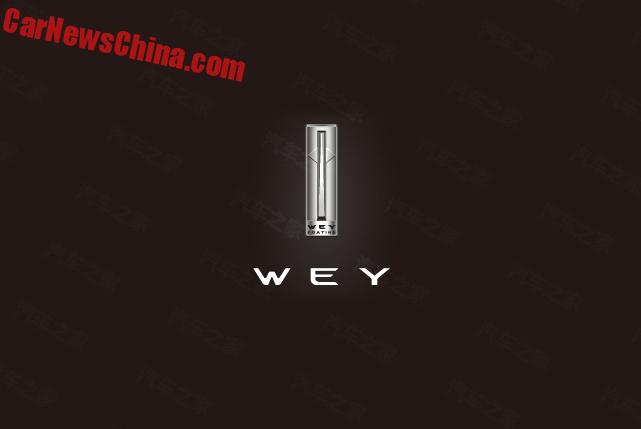 Great Wall Motors will launch a brand new car brand in China. It will be called WEY and it will debut on Friday on the Guangzhou Auto Show. WEY will be a high-end luxury brand, like Lexus for Toyota. The logo shows a vertical rectangle with two triangles at 1/4 from the top. They (WEY) will make petrol-powered cars, electric cars, and autonomous vehicles.

The Chinese name is Weipai (魏派). The name refers to the State of Wei (魏) (430-225 BCE), an ancient Chinese state during the Warring States Period. Great Wall’s headquarters is located in Baoding, Hebei Province, once part of the State of Wei.

Using ancient names for new car brands; I got no problems with that! So far so good then. But there is something odd. The pinyin of 魏 is wei. Not wey. There is another state in Chinese history called Wei (衞) (1048 – 239 BC). The character is different but the pinyin is the same. However, to distinguish 魏 state from 衞 state the latter’s pinyin is commonly spelled as wey! So it seems Great Wall mixed up the two states, using the character of one and the pinyin of the other.

The WEY brand will get a separate dealer and distribution network. Fortunately so because Great Wall’s existing dealers are already having difficulties dealing with the relentless expansion of the Haval brand.

We don’t know yet what kind of cars WEY is going to make. They will show a concept on the Guangzhou show. We bet it is a speedy electric SUV.