Spy Shots: The Landwind E33 SUV Is Ready For The Guangzhou Auto Show 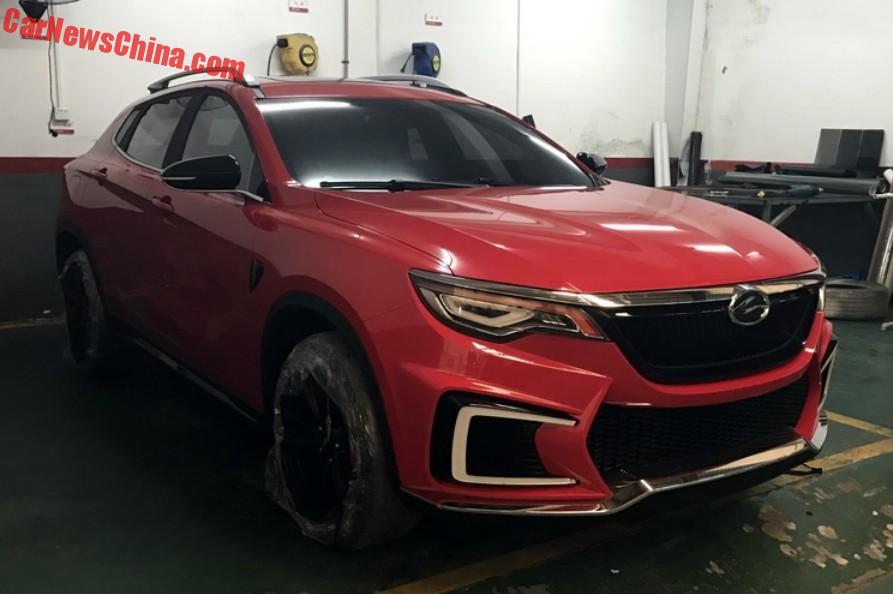 Landwind is awash with money thanks to their top selling X7 Evoque clone. Happily, it appears that they are using that cash to launch more cars. One of those is a new compact crossover SUV, code named E33. It will debut in close-to-production-concept form on the the Guangzhou Auto Show on Friday.

The E33 has some similarities with the Infiniti QX30, especially from the front until the B-pillar, but it is not a complete clone like the X7. It looks pretty much ready for production. The headlights will probably change, and the hyper-low profile tires will be replaced with something more ready for the road. 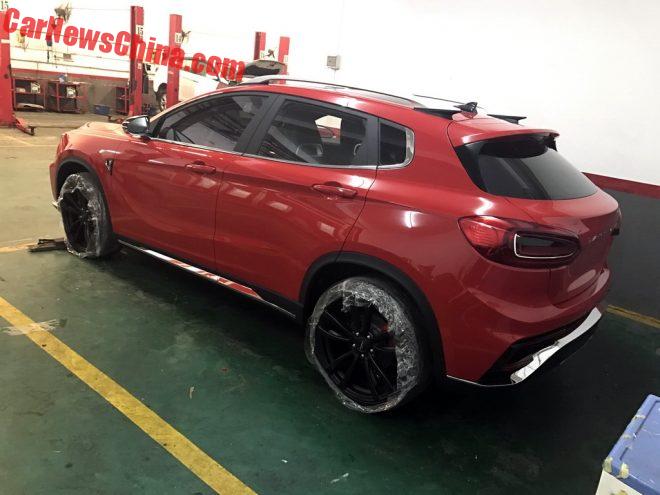 Shiny strips in the lights a very nice detail. The roof rails appear useful but they look a bit odd at the end, like two little spoilers. Does Landwind think that will reduce the drag of the rails? Or is it just a design gimmick..? 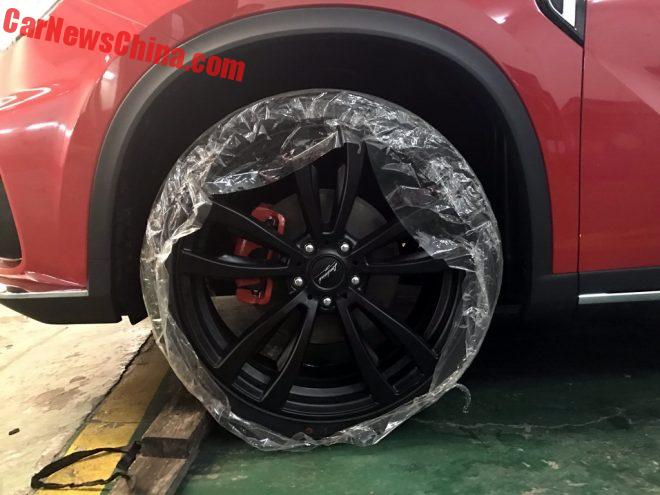 Those tires are very small slicks… Hopefully the production car’s wheels will be a lot bigger, and wider.