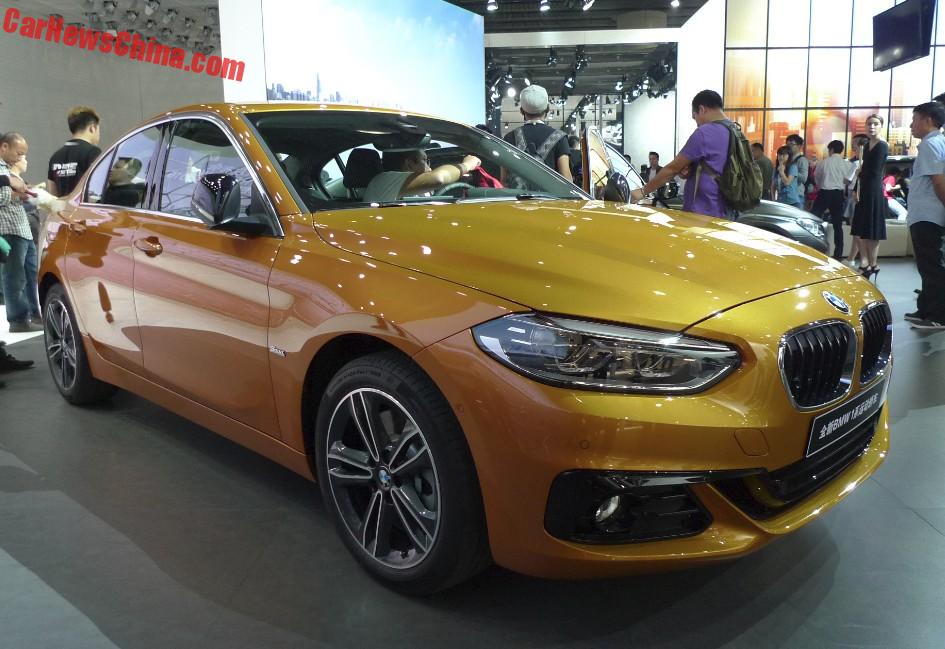 The new BMW 1-Series sedan has been unveiled on the 2016 Guangzhou Auto Show, the single most important debut for the BMW brand in China this year. The 1-Series sedan is a compact premium car, relatively small but luxurious and fitted with loads of goodies.

It is for China only at the moment. There are no plans for export or production elsewhere, but BMW hasn’t ruled out that might change in the future. The 1-Series sedan is made locally at Brilliance-BMW, the long-running joint venture that also makes the 2-Series Active Tourer, the 3-Series and 3-Series L, the 5-Series L, and the X1-Series L.