New Photos Of The Long-wheelbase Volkswagen Tiguan L For China 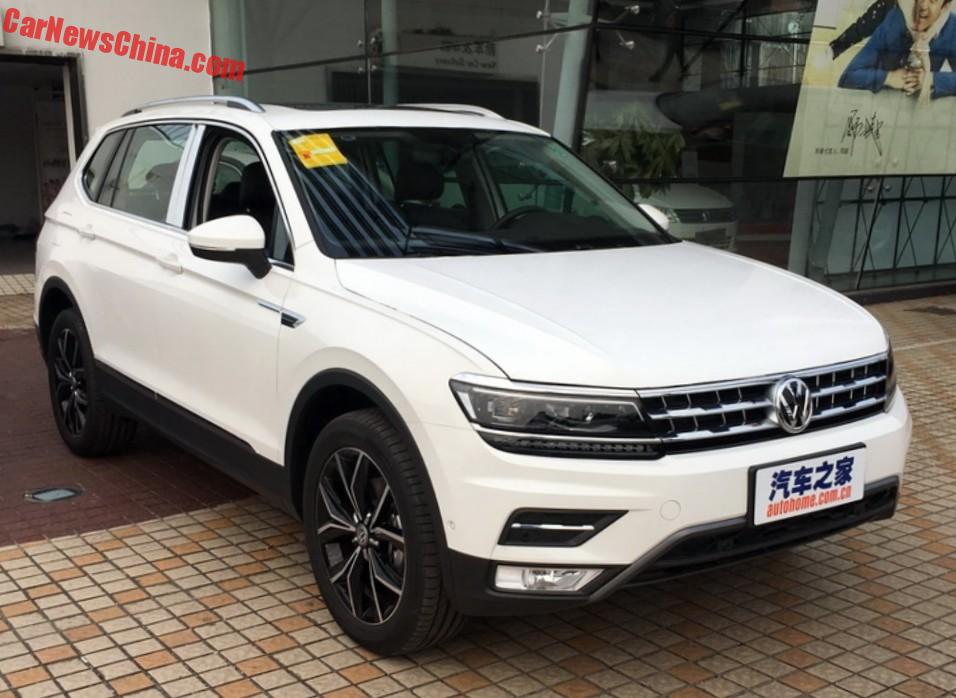 The new Volkswagen Tiguan L will be launched on the Chinese car market in January and the first examples have arrived at Volkswagen dealers throughout China. The L is the long-wheelbase variant of the Tiguan SUV, it is manufactured locally by the Shanghai-Volkswagen joint venture.

So the LWB is longer, wider, and taller. But what matters most is the wheelbase, extended by ten point seven centimeters exactly. All the extra space goes to the passengers in the back. The Tiguan L seats five with an optional third row with another two seats, making it a real seven-seater. We haven’t seen any photos of the third row yet but we bet it isn’t very roomy. 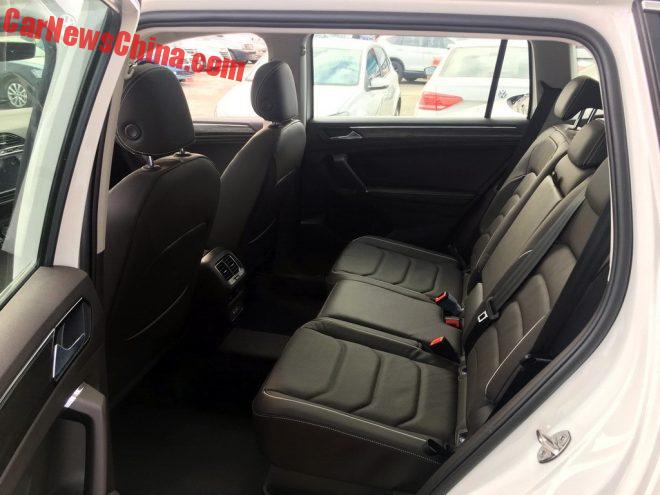 10.7 centimeter translates into a lot of extra space for the legs. Seats are a tad too flat. 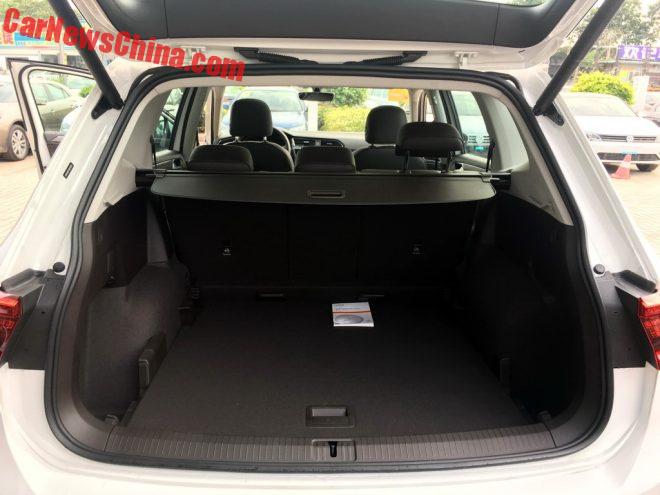 This particular car appears to be a five-seat version. 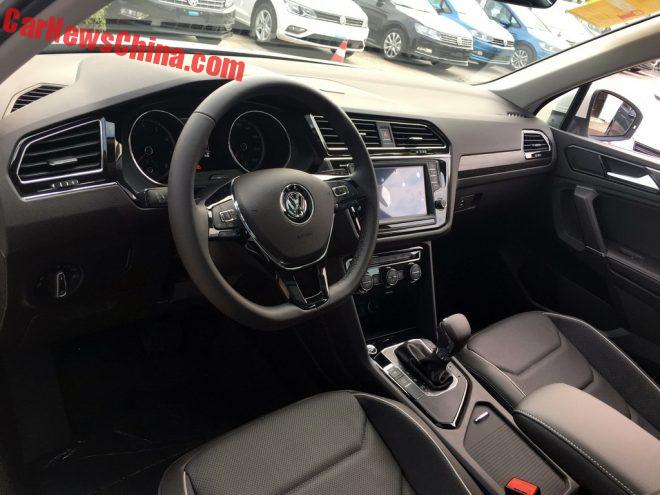 Volkswagen will offer only an 8 inch touch screen for the infotainment system. It runs on a China-only operating system called “MIB High”, which is an updated version of MIB. None of the China-made Volkswagens, not even the Phideon, have the new MIB II system or the new 12.3 inch touch screen.

And that is going to hurt Volkswagen. Even Chinese mini MPVs got proper 12 inch screens these days. Car buyers care a lot for that. They want their screens big and new, and full with functions and apps they will never use. A screen is for showing off, like shiny stuff in the bumper, or black wheel arches. 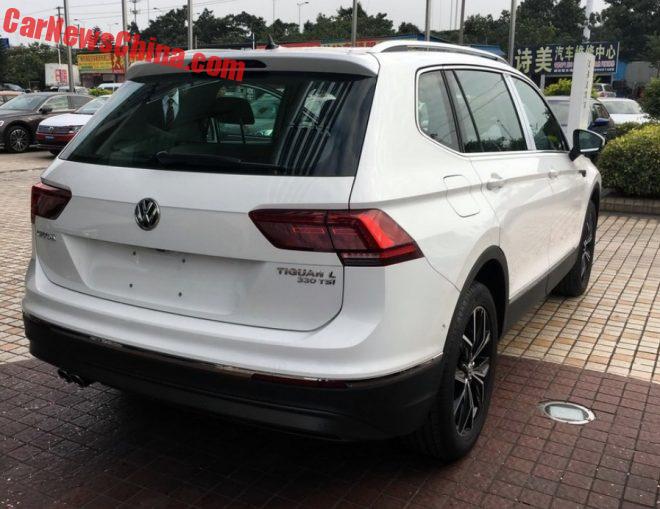 The extra length is best seen by looking at the roof line, following it from the B-pillar to the back. 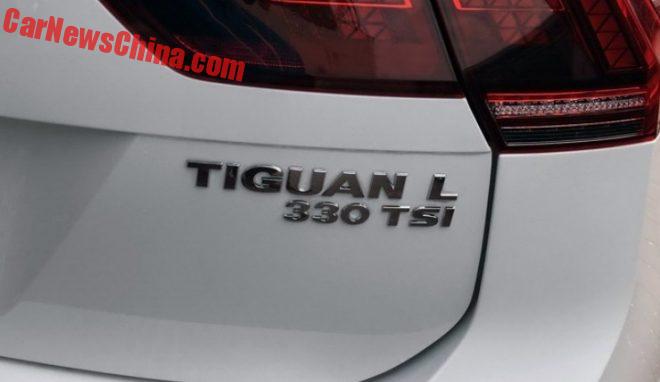 Volkswagen is using a completely different designation system in China with big numbers to impress buyers. The ‘330 TSI’ is the 186hp 2.0 turbo. Other designations will be: 240 TSI, 280 TSI, and 350 TSI. 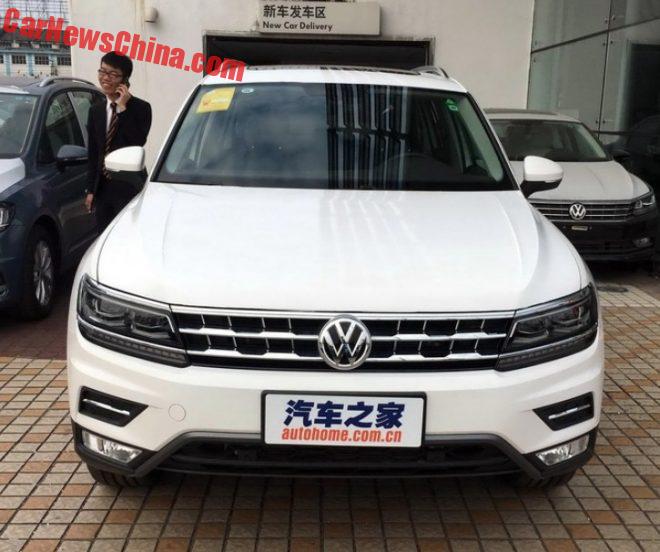 The new Volkswagen Tiguan L for China. There is a Shanghai-Volkswagen dealer not far from my home. I will go there next week to check whether they have the L as well. More when I have it!