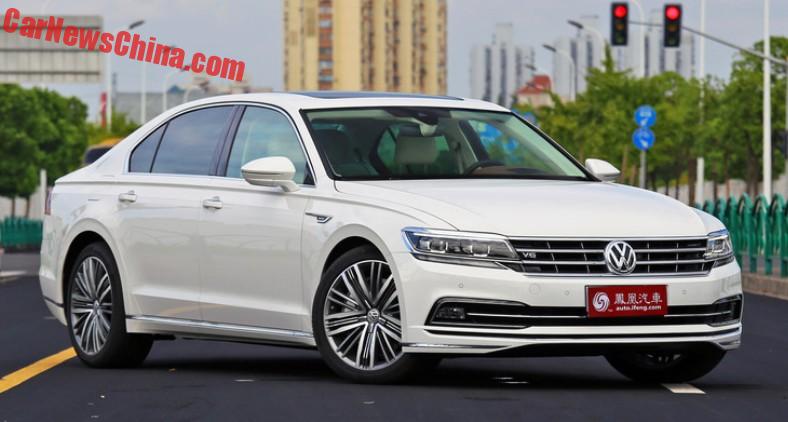 The Phideon is positioned between the Volkswagen Passat/Megotan and the Volkswagen Phaeton. It is manufactured in China by the Shanghai-Volkswagen joint venture. It stands on the same stretched version of the MLB 2 platform as the China-made Audi A6L. The A6L is made by Volkswagen’s other car making joint venture in China; FAW-Volkswagen.

The Shanghainese have long been begging for their own luxury sedan, and now they finally got it. The first rumors about the Phideon popped up all the way back in 2014.

A quick comparison with the A6L:

The 2.5 liter V6 is a new engine. There is also a TFSI variant with 299hp, which will be used in the new Teramont SUV. The Audi A6L will likely get this engine too, replacing the 272hp 3.0 TFSI.

Not an easy choice. The Phideon is a bit cheaper but the A6L has more powerful engines. However, the A6L is getting old and will be replaced sometime late next year. So you could get the Volkswagen now or wait for the Audi. 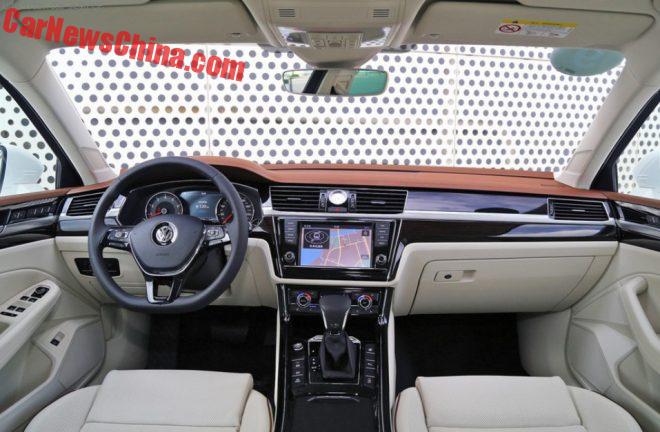 The interior looks very nice although the dials are analogue and the touch screen isn’t very large. 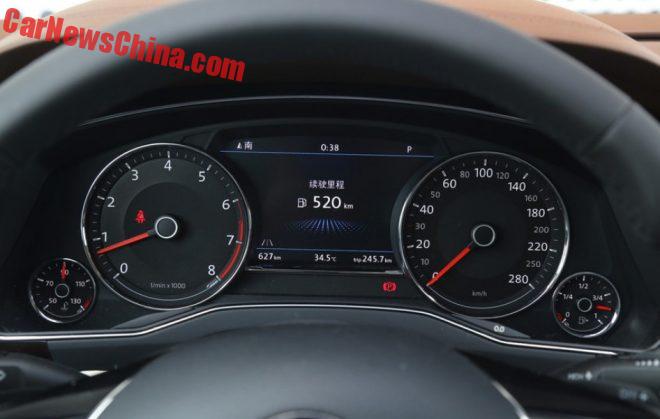 This is going to hurt them. Price wise the Phideon also competes with cars such as the Mercedes E-Class L and the upcoming new BMW 5Li and Volvo S90L, all of which have much fancier instrument panels and touch screens. 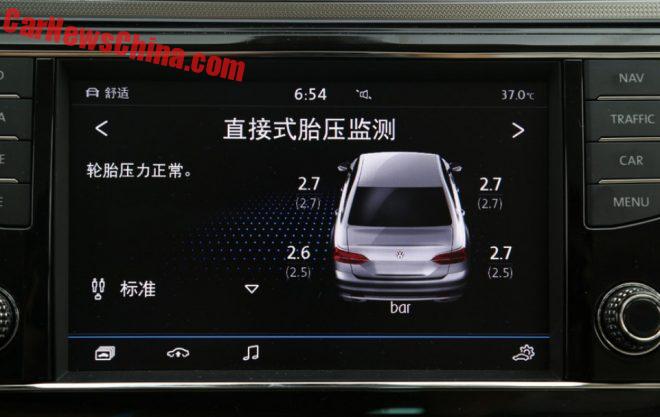 The graphics look great but it seems the main functions are controlled by rather cheap looking buttons and dials, and not by touch. 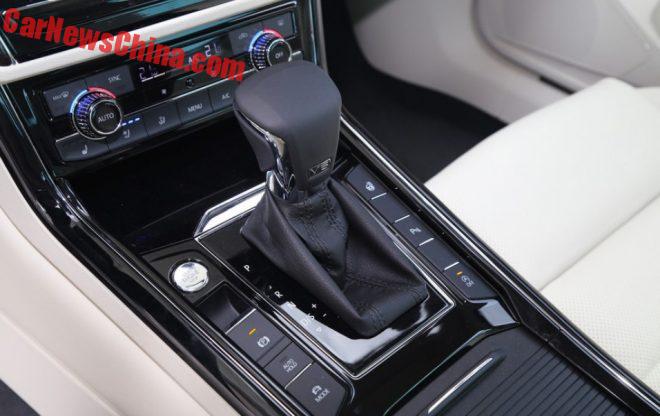 Shiny start button to the left of the gear lever. Small V6 badge on gear knob. 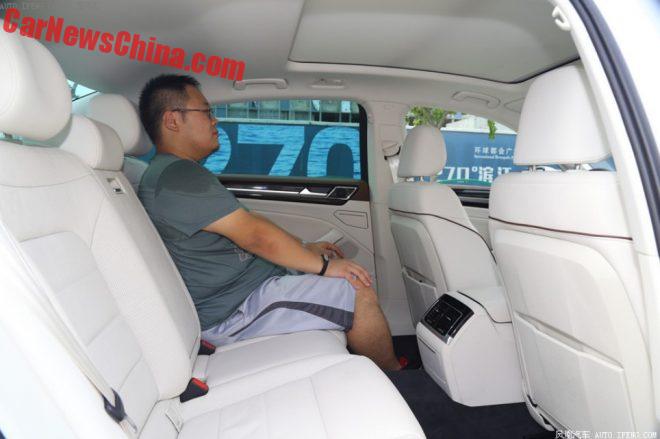 A friendly gentleman shows that there is a lot of space for the legs. The white car on the photos is a mid-spec version. The high-spec version looks much more luxurious: 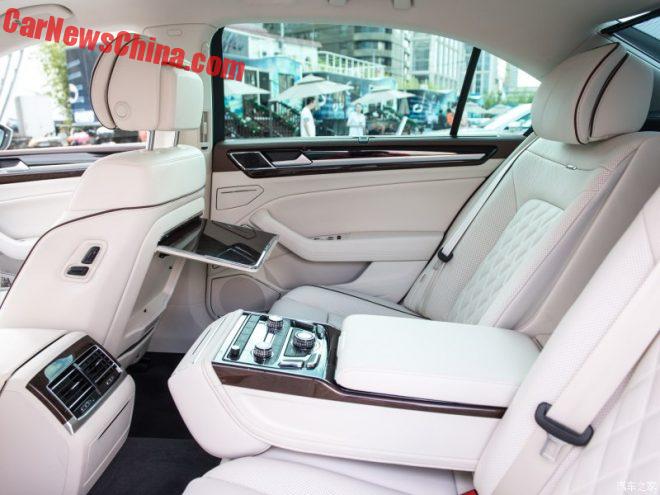 Like a Bentley! With Nappa leather, tray tables, an arm rest with aircon and stereo controls, and comfy pillows on the head rests. But there is no rear-seat entertainment system, so passengers got to play with their phone if they are bored. Or talk to each other. 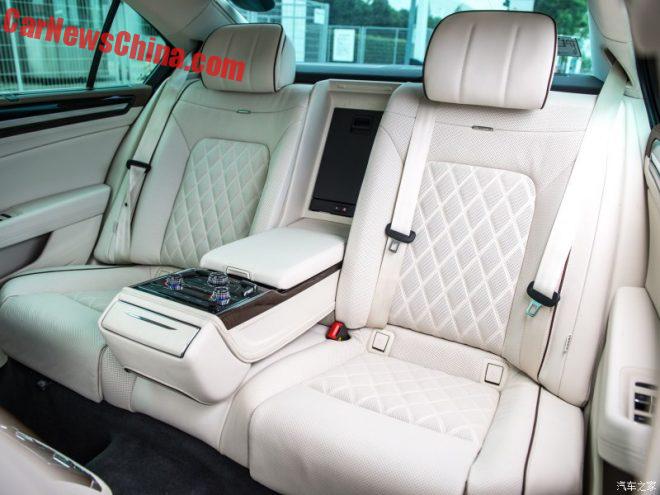 High-spec again. There is a small fridge between the seats. It has a content of 11 liters which is big enough to hold four bottles of liquids. Interestingly, Volkswagen has fitted an extra safety belt for an eventual passenger in the middle, on a bench that is clearly designed for only two people. Looks odd. 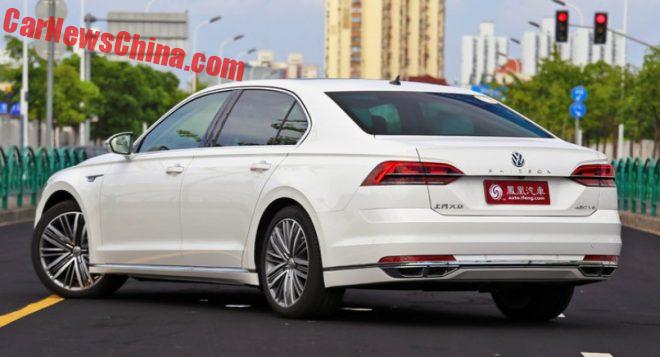 Exterior design is great. The Phideon has become a beautiful car with clean lines and a sporty stance. The rear lights are of the perfect size and the tiny pipe tips are integrated brilliantly. 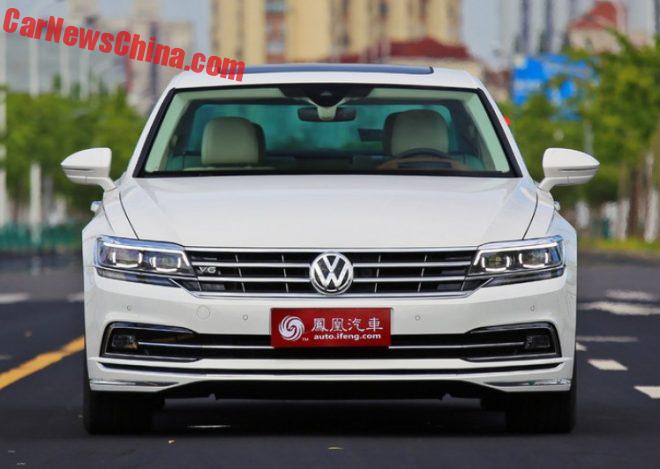 Lower bumper a bit too busy perhaps, but otherwise a fine front. 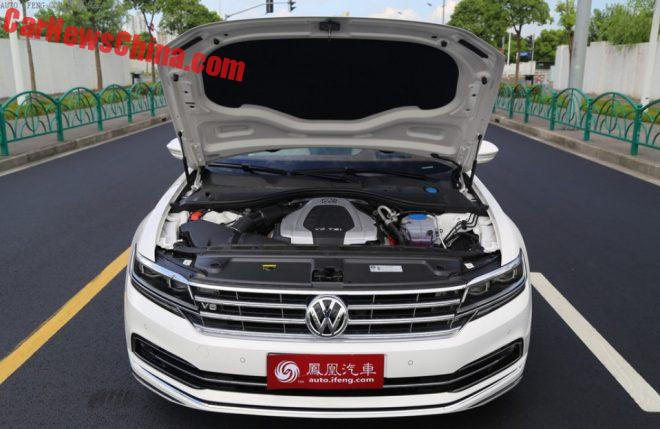 The V6 engine. There seems to be enough space for a small V8. 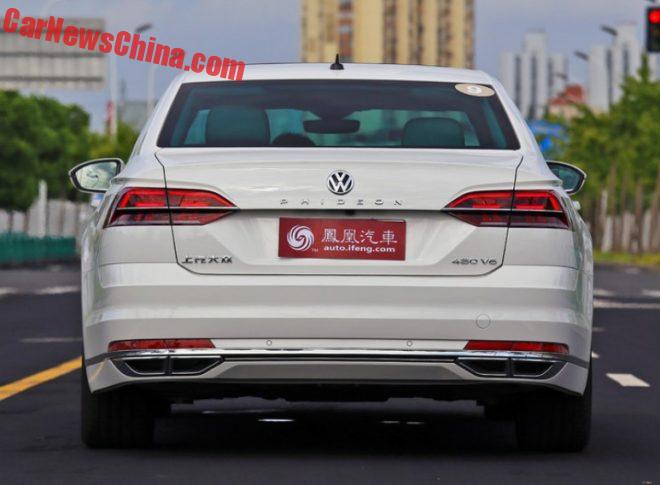 All in all a good looking car with a fine interior and with good engines. But the price is very high and the on-board tech a tad too low. The Phideon won’t be an easy sell, lot of car or not.