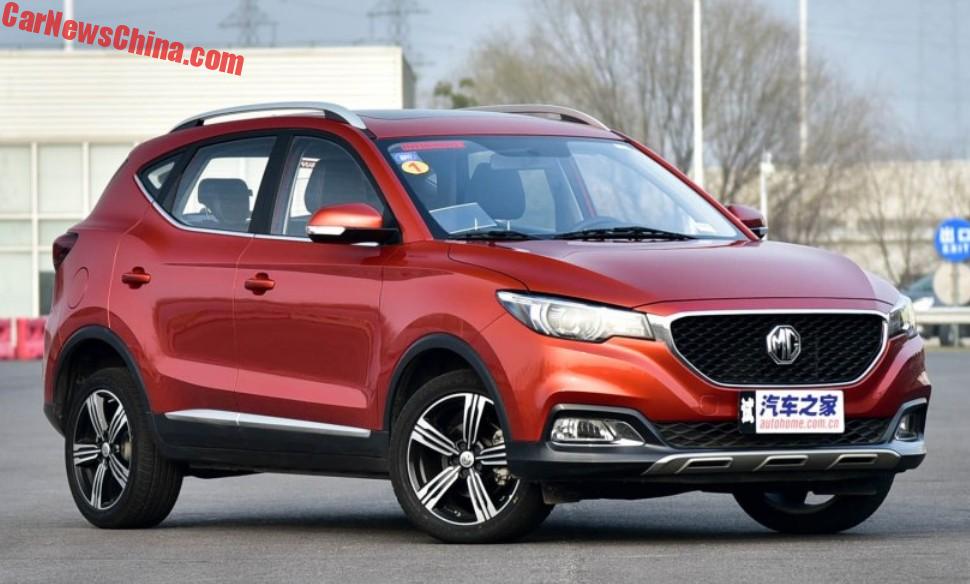 This is the all new MG ZS, a new compact SUV for China, looking just hip enough in dark red, but what are those wheels small again! The ZS will be launched on the Chinese car market on March 3. The ZS debuted as a semi-concept on the Guangzhou Auto Show. 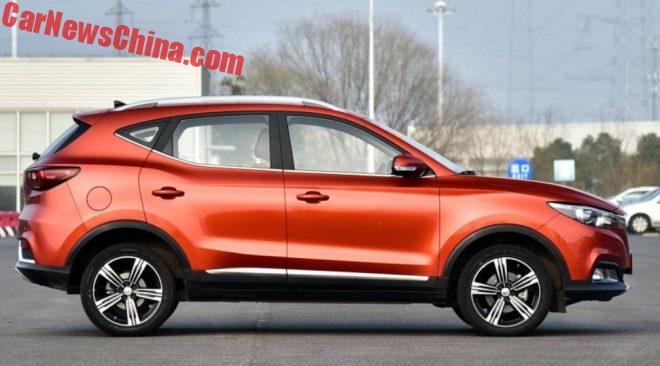 Side profile is nice, with a strong shoulde line and usable roof rails.

The ZS is front-wheel drive only. 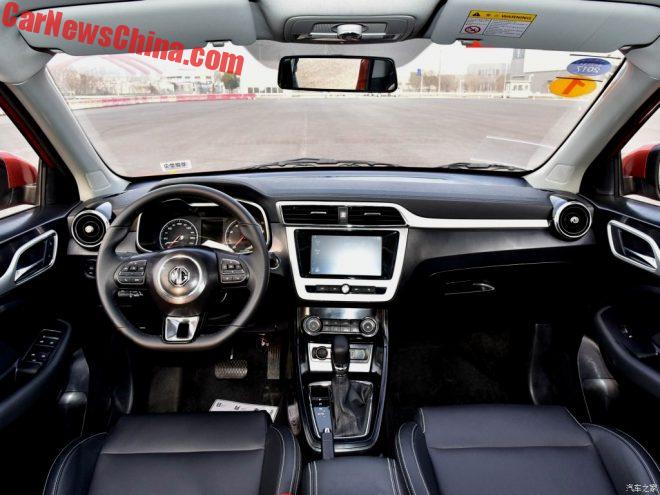 The interior is all right but a bit dark and a bit gray. More color would have been better. Round air vents are the nicest bit. Steering wheel with a shipload of buttons and a racy flat bottom. 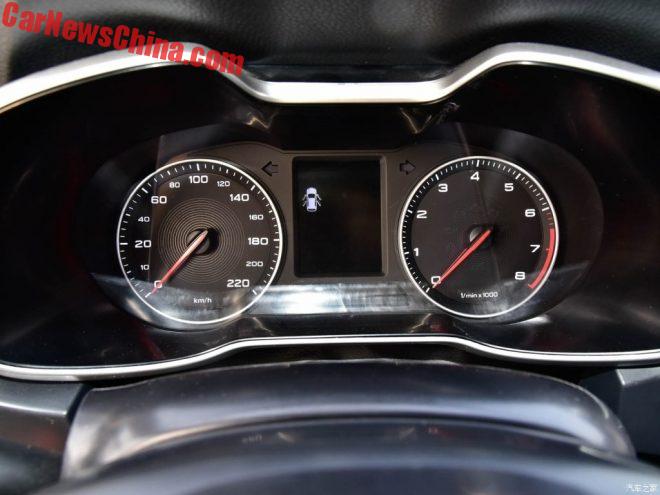 MG went for conventional dials instead of digital, with a TFT in between. 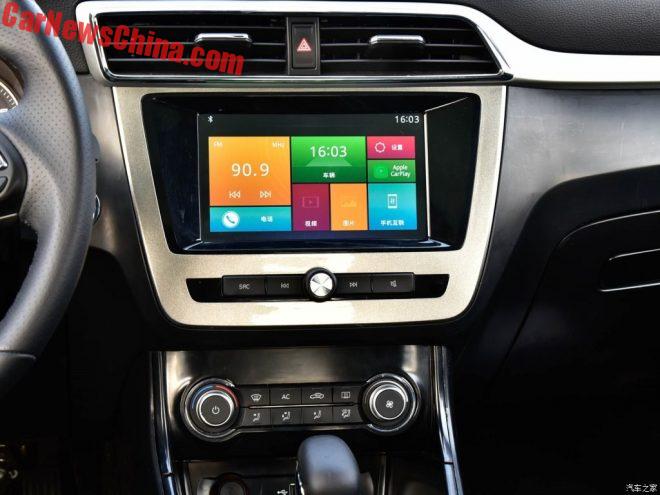 The screen of the infotainment system measures 8 inch. It has Apple CarPlay and Baidu CarLife. 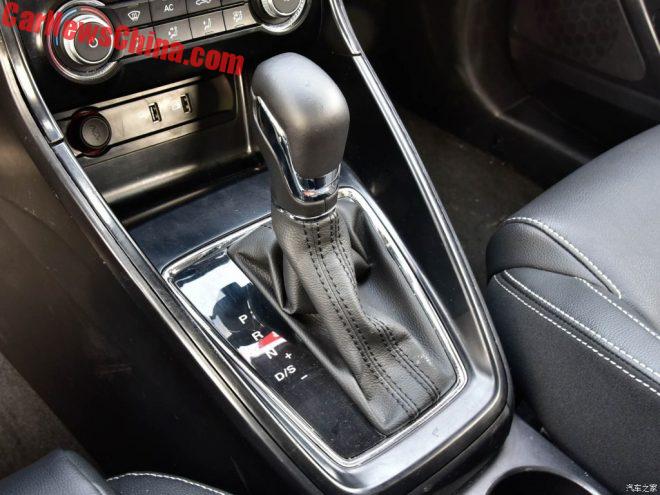 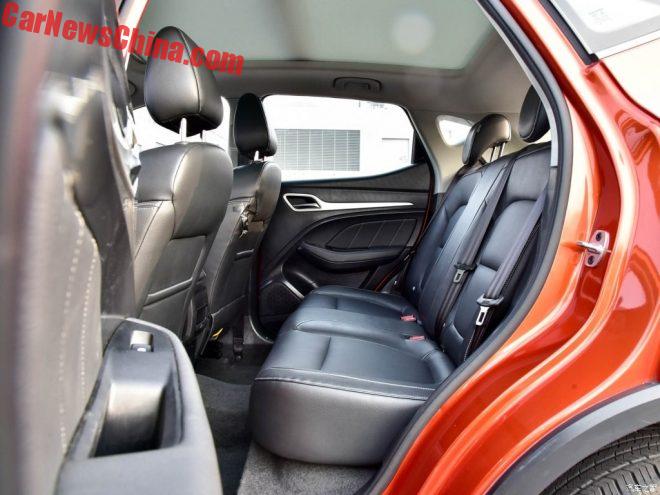 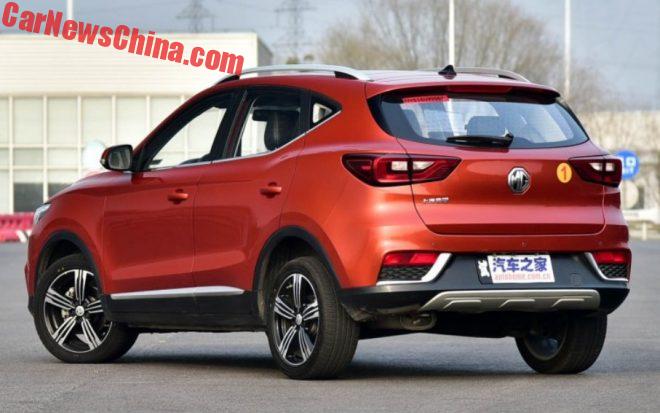 Shoulder line hops over the lights nicely. MG logo is almost bigger than the wheels. Look at that rear wheel! It is far too small and too narrow for the arch, it looks ridiculous really. And, bad bad bad, I can see the muffler under the bumper. 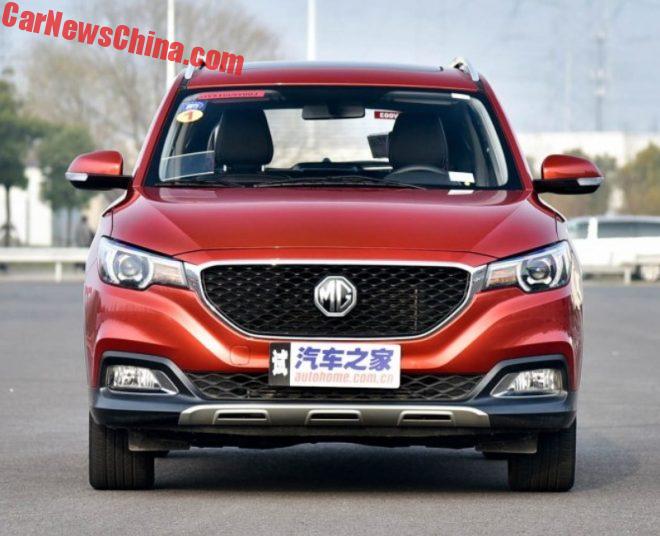 It just looks a bit messy and unfinished. See the space between the top of the light and the bonnet, see how the skid pad seems to be glued on the bumper. It seems like a rush job. 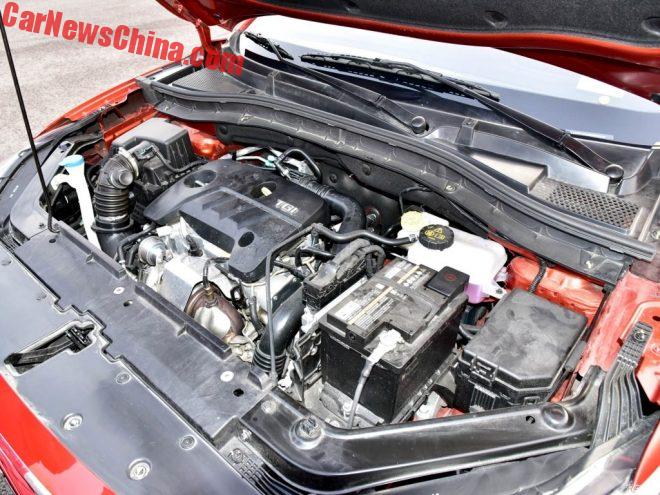 We see this a lot in China; media test cars with a dusty engine bay. Just how hard can it be to clean that up first..? 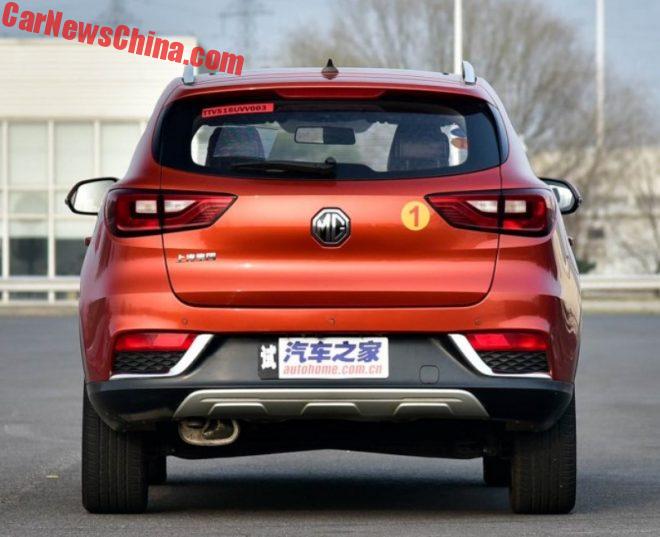 Can see your muffler! Shanghai Auto badge on the left side doesn’t sit straight.

Concluding: it looks nice, but it is let down by its wheels. Interior is a tad too dark. And it just doesn’t seem completely finished yet. Worrying…