FAW has released two dizzying teasers of the new Senya R9 SUV that will debut on the Shanghai Auto Show next month. The R9 will be a semi-concept, the production version is expected to launch in 2018. The R9 will be the largest Senya-branded SUV, it will be positioned above the Senya R7. 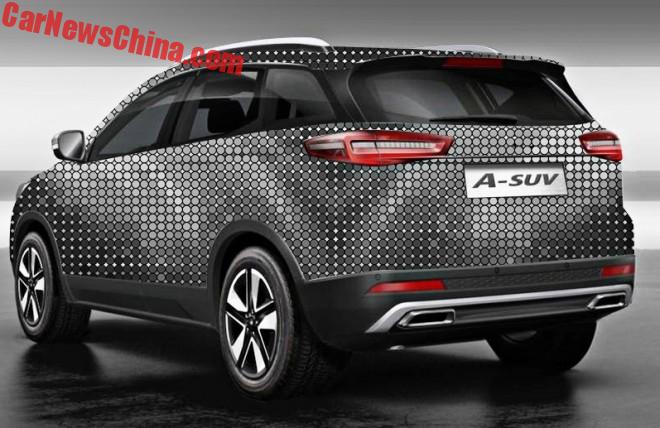 The R9 has the usual floating roof design with blacked-out pillars. It also has proper roof rails, well-designed tail lights, and a clean looking bumper with two tail pipes. It seems about 4.5 meters long, so it is likely a five-seater, but I wouldn’t be surprised at all if FAW is also working on a seven-seat variant; those are all the fashion now in China.

The R9 will be available with two engines: a 139hp 1.8 and a 180hp 1.8 turbo. These engines are widely used within the FAW empire. They are reliable enough but they are getting a bit old.

‘Senya’ (森雅), also known as Xenia,  always was a rather boring FAW range consisting of a bunch of small MPVs, the largest being the Senya M80. But FAW has since decided to spice the brand up with a range of SUVs. The R7 was the first and the R9 is going to be the second.