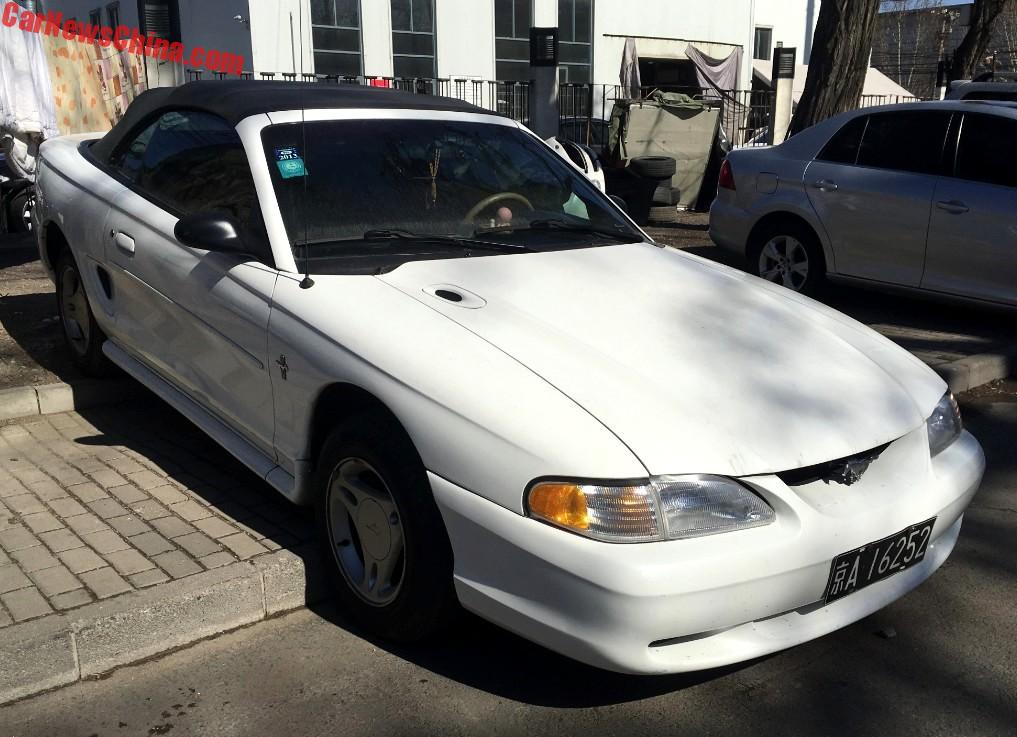 A wondrous white Ford Mustang convertible on black license plates, Spotted in China on a car market in east Beijing. The good Ford was in great shape; paint was smooth, the hood was as new, no rust or rot, and original down until the wheels. 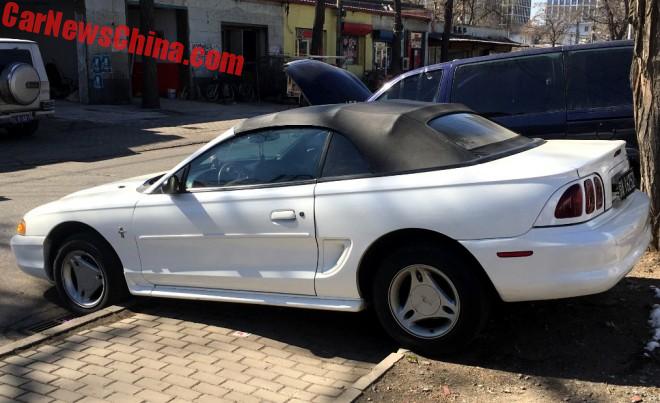 The fourth generation Mustang was made from 1993 until 2004 with a facelift in 1999. This white Beijing car is a pre-facelift example. 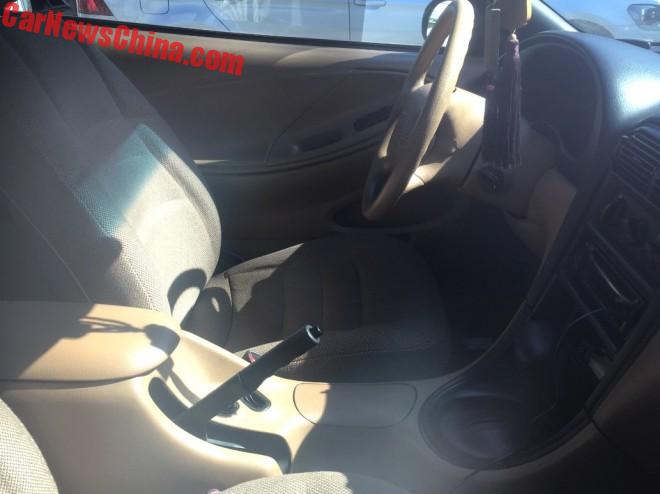 Note how close the lever of the automatic ‘box is to the dashboard.

The 4th-gen ‘Stang was available with various V6 and V8 engines. Our white beauty is a base car powered by a 3.8 liter V6 with 145 horses and 292nm, mated to a four-speed auto, sending horses to the rear wheels. 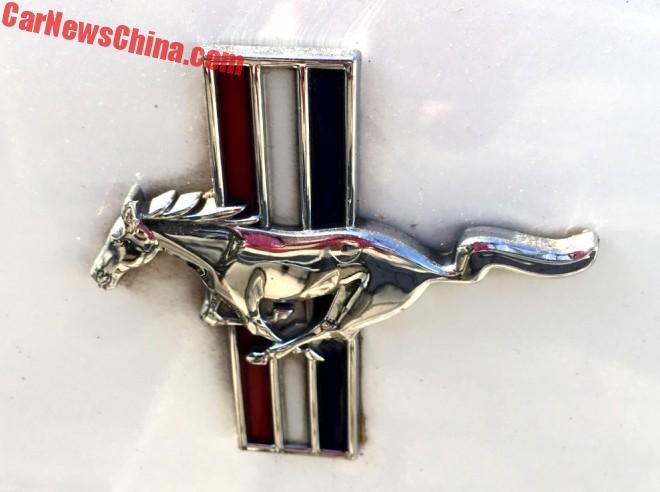 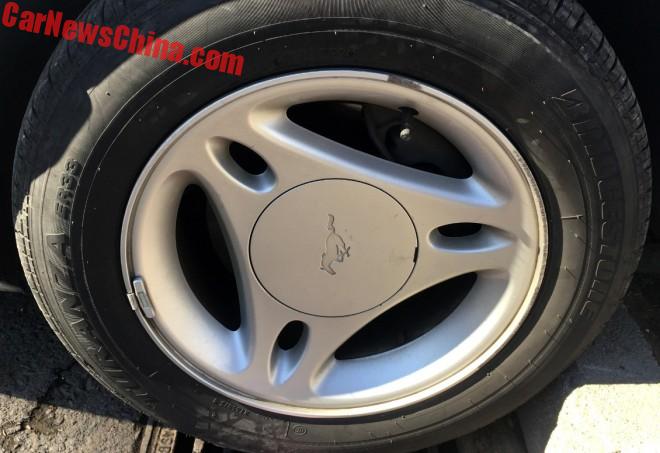 3-spoke alloys with the Mustang in the middle. 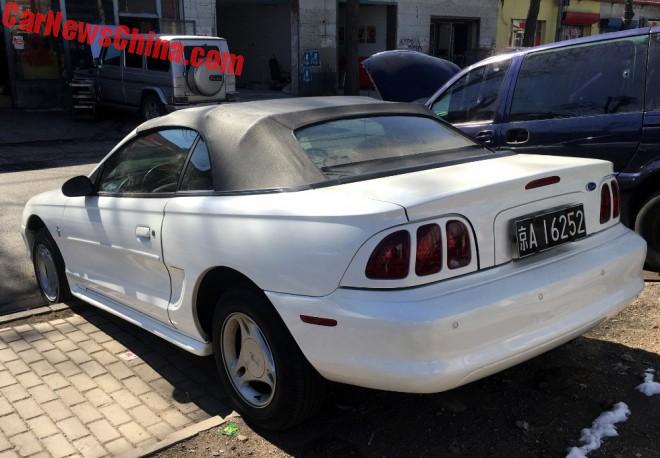 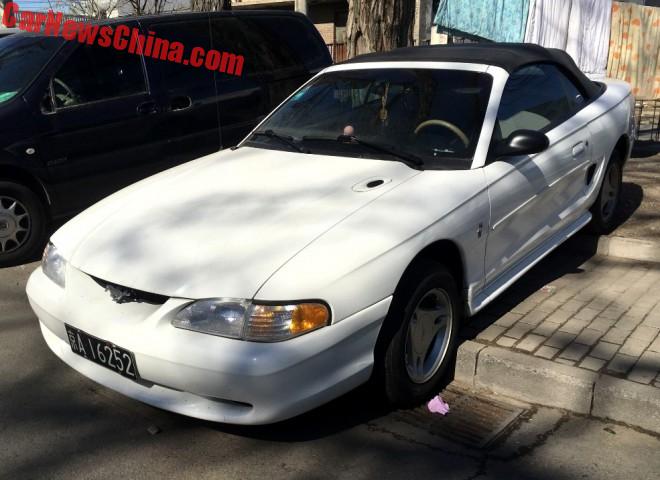 The fourth generation Mustang was never officially sold in China so they are very rare. Others we saw are a yellow-facelifted car, and a facelifted GT convertible.